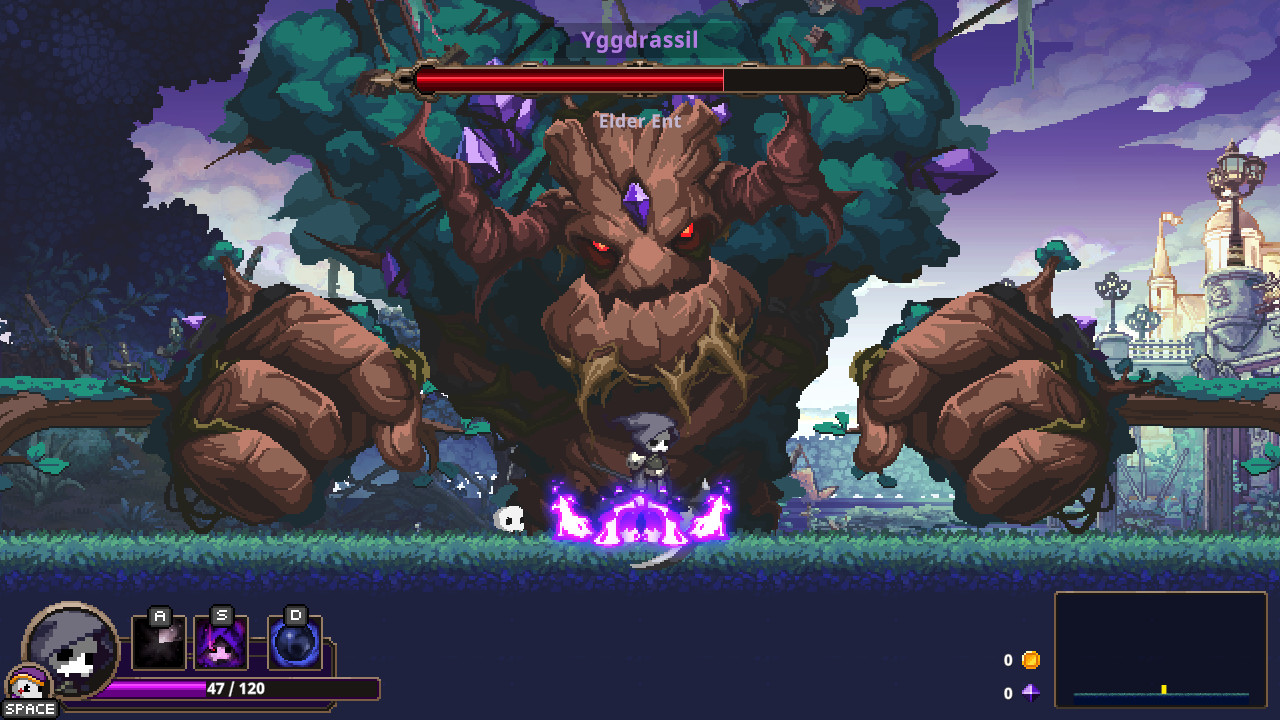 Ever notice how your head is like, just there? Like, it’s stuck there. It never moves. Sometimes you hit it on the shelf or something, and it’s really more of a pain in the ass than anything. It sure would be neat if we could discard it for a new one that gives us special abilities.

Since most of us are humans, we can’t do that. But Skul can! Live vicariously through him in a Steam Early Access key of Skul: The Hero Slayer. Just don’t whack his head on a shelf.

Humans are buttholes — they keep attacking the demon stronghold. While this has been going on for centuries, they’ve finally succeeded in wiping out the forces of evil. Only one anti-hero remains: Skul. Use Skul’s ability to swap out his head to attain new powers to take the fight back to the humans, and restore disorder to the demon hoards.

Read some game features while I try to rip my own head off.

It’s gorgeous, it’s cool, and it looks like fun!

To enter to win your copy, use the widget below to leave your name and email address. You can enter daily. Click around in that bad boy to find more ways to gain entries!

We have five Steam Early Access keys to give out — winners will be drawn Tuesday, March 3. Hit up PC Invasion for more chances to snag a copy.

Skul: The Hero Slayer is in Early Access now, with a full release planned for sometime later in 2020.

Contest: Lose your head, and grab a new one, over Skul: The Hero Slayer