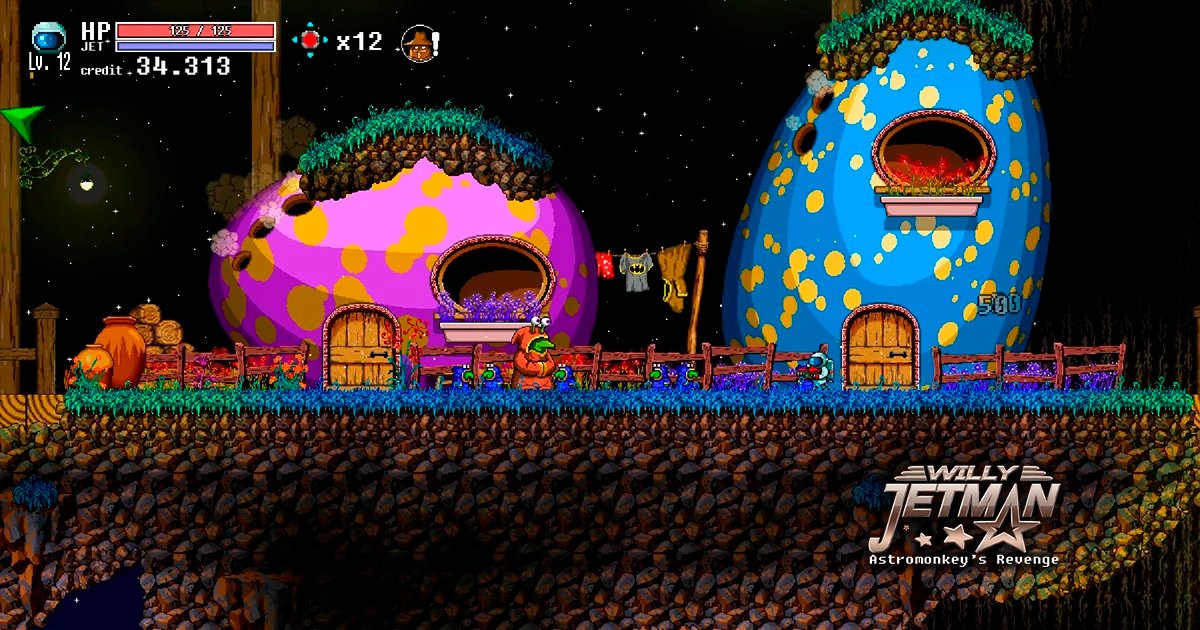 Who doesn’t like a good metroidvania game? They’re everywhere these days — and for good reason! There’s something about going back to previous areas with new equipment to reach far-off points on a map that’s really satisfying, yeah? It’s weird.

Today, we’re introducing you to Willy Jetman: Astromonkey’s Revenge, a light-hearted metroidvania set in space! With a janitor! Come win a copy!

Willy has always dreamed of becoming an astronaut and blasting his way into space. The problem is, he’s kind of a dolt. And not in the good way. He thought he’d never fulfill his dreams, until one day he saw an ad in the paper calling for a janitor. But not just any janitor — a space janitor! Join Willy as he cleans up the wreckage and fends off weird space creatures in space, where he’s always wanted to be.

Weee, space is fun! Even for janitors!

You know the drill — click around in the widget below to enter. You can enter daily, there are bonus entries, and also this makes my life easier so stop complaining! While you’re waiting, comment below telling us how one qualifies to be a space janitor. I’m truly interested.

We have five Switch NA, PS4 NA, and Steam keys each to give away; winners will be drawn Monday, February 10.

Contest: Live out your dream of being a space janitor in Willy Jetman