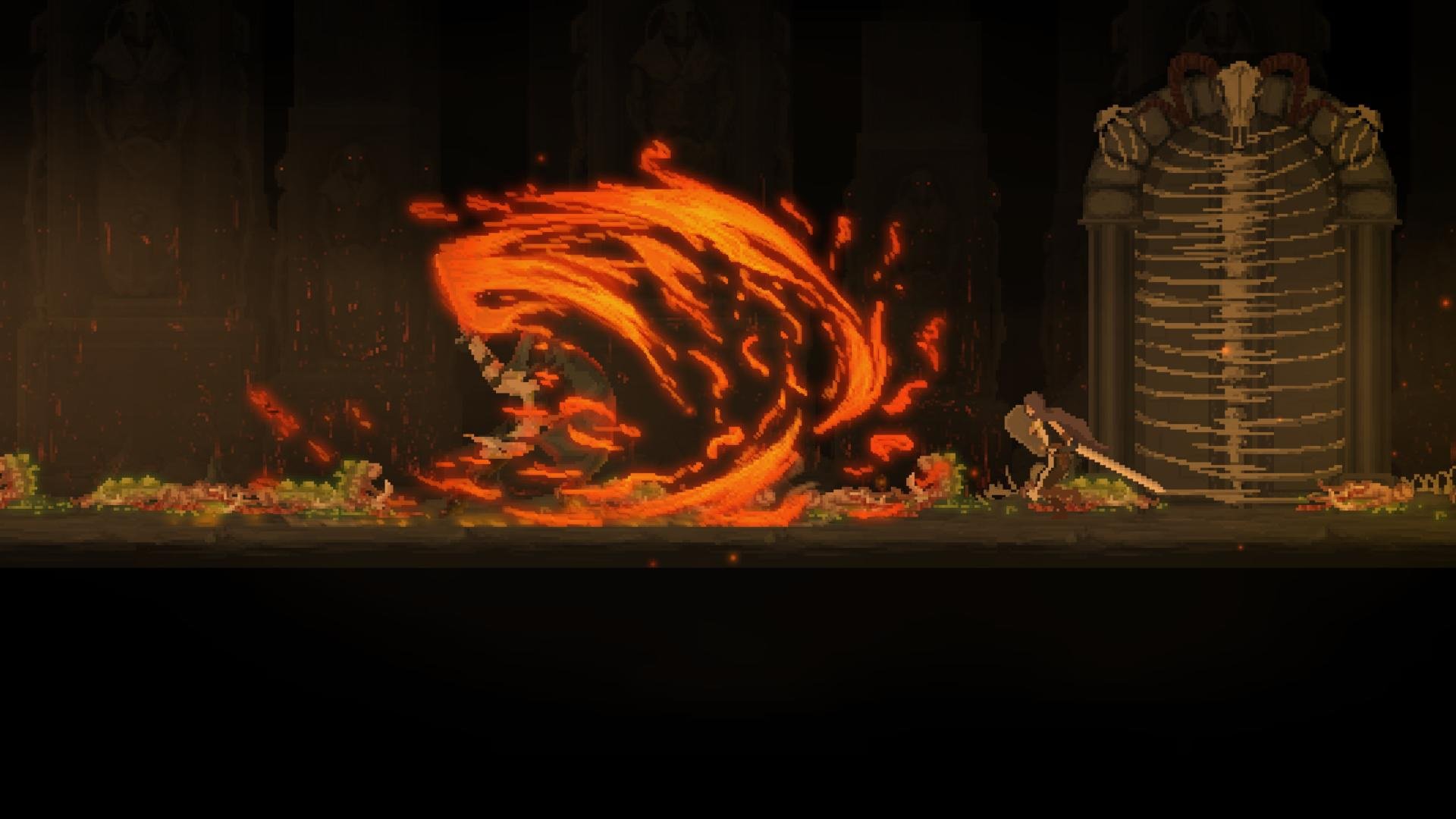 Get into the holiday with our contest, and win a copy of Dark Devotion for PS4 or Switch!

As we inch ever closer to Halloween, I’m trying to pack in as much spooky stuff as possible. I’m really loading up the horror movies, dark ales, and haunted houses over the next four days. It’s frantic, but fun!

We’ve got a pretty creepy one lined up today in Dark Devotion, an atmospheric, sidescrolling souls-like (sorry) that’s full of blood, guts, and weird occult shit. Hop on in, gang, and win yourself a copy!

I’m too scared to provide my own synopsis, so read this press material while I cower in the corner.

Dark Devotion‘s weighty combat makes hack-n-slashing a doomed strategy; faultless timing with parries, rolls, and strikes coupled with a keen eye for telegraphed attacks and hidden pitfalls are key to surviving against this world’s devious inhabitants. Keeping faith in the face of relentless adversity is worth the struggle though, as it may unlock secret paths and chests never discovered during the previous journeys of zealots.

I promised myself I wasn’t going to peepee my bed tonight, so I’ll let you guys have this one.

We have three Switch and three PS4 keys to give away. To enter to win, tell us which system you’d like and why you like punishing games. I mean, I’m all into punishment, but I usually reserve mine for behind closed doors. I need something more relaxing from a video game!

Our keys are for North American digital accounts only; winners will be drawn on Halloween! Make sure to comment using a Dtoid account with your current email address on file. New users can sign up here to join in on the communal gluttony for punishment.

Dark Devotion is now available for PS4 and Switch. Our sister sites, PlayStation and Nintendo Enthusiast, have some extra keys for grabs!