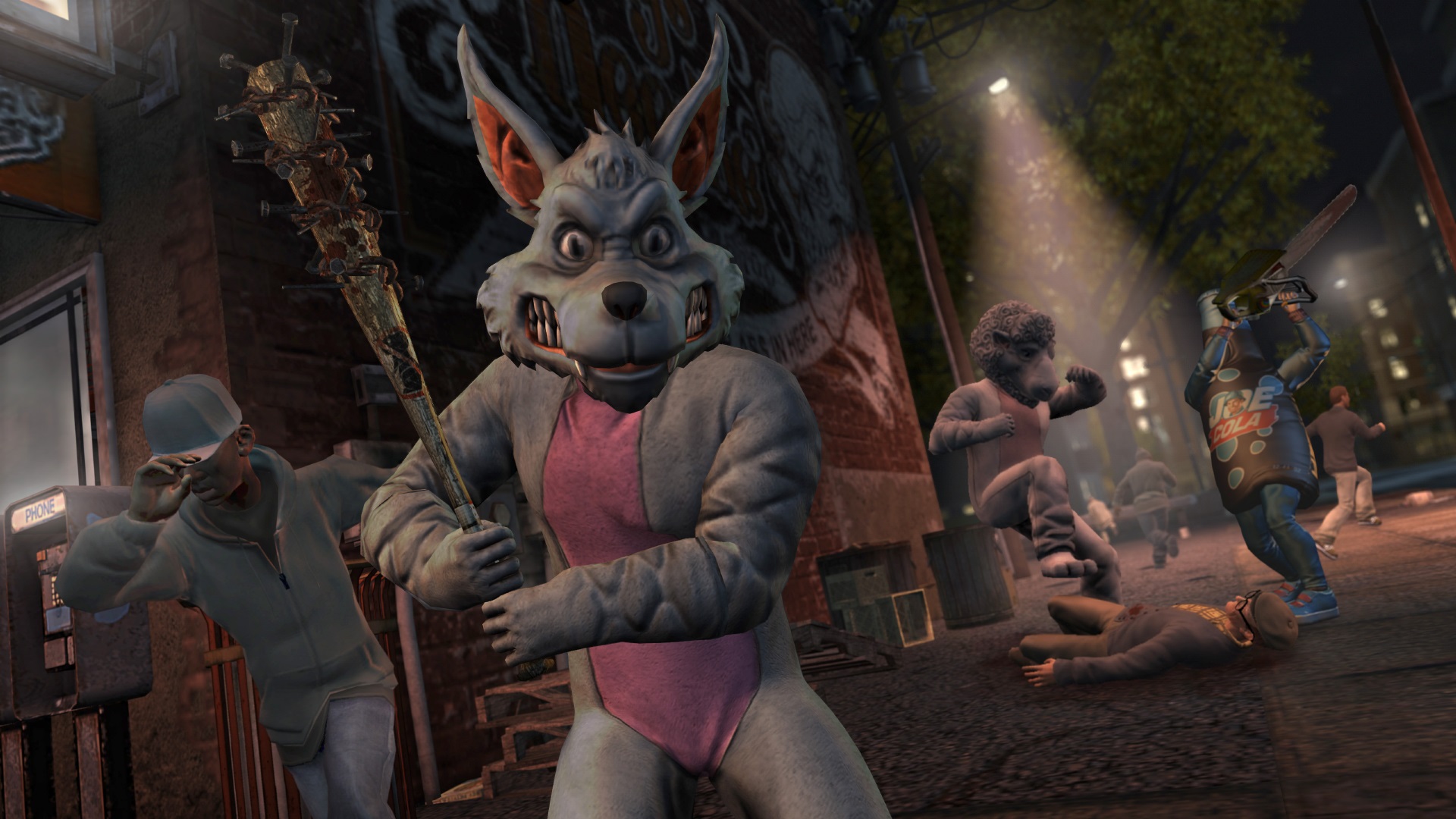 The best ‘The Third’ since Shrek

Take it to the streets in today’s contest for a Switch copy of Saints Row the Third: The Full Package.

I do a lot of giveaways for indie games, because I really like helping to spread the word for smaller games in the face of well-known games. I typically take those a little more seriously, because they really do need all the good PR they can get. Stuff like this, though, I can kind of cut loose because honestly, who doesn’t know what Saints Row is?

I’ve got a bunch of copies of Saints Row the Third: The Full Package to give away, and trust me when I say I won’t be taking this task very seriously.

So, in case you don’t know what Saints Row is, it was pretty much made in response to the ever-growing problem of GTA becoming too serious. In GTA you had to take on crime syndicates using mostly violence in well-written, cinematic epics. In Saints Row you could commit insurance fraud by getting hit by cars and depreciate property values by spraying homes in shit.

The game doesn’t take itself very seriously, so I’m not going to, either.

So, now the game has come to the family-friendly Nintendo Switch platform because remember when Nintendo said they’d never, ever allow Night Trap on their console? My how the times have changed. This new release of the game includes:

* Two DLC packs – the Bloodsucker Pack and the Unlockable Pack, have been omitted for game balance and improvement based on feedback.

Ok, so do me a favor and watch this music video now.

Now, make a comment about it. That’s how you enter to win a key. Just tell me anything at all about this song or video. I just saw it, and now you all have to, as well.

We have ten NA Switch keys to give away. Winners will be drawn on Thursday, May 16. Make sure to comment using a Dtoid account with your current email address on file. New users can sign up here to talk about weird music videos!

Saints Row the Third: The Full Package is available now for Nintendo Switch. Our sister site Nintendo Enthusiast also has some keys, so head over there for more chances to win!