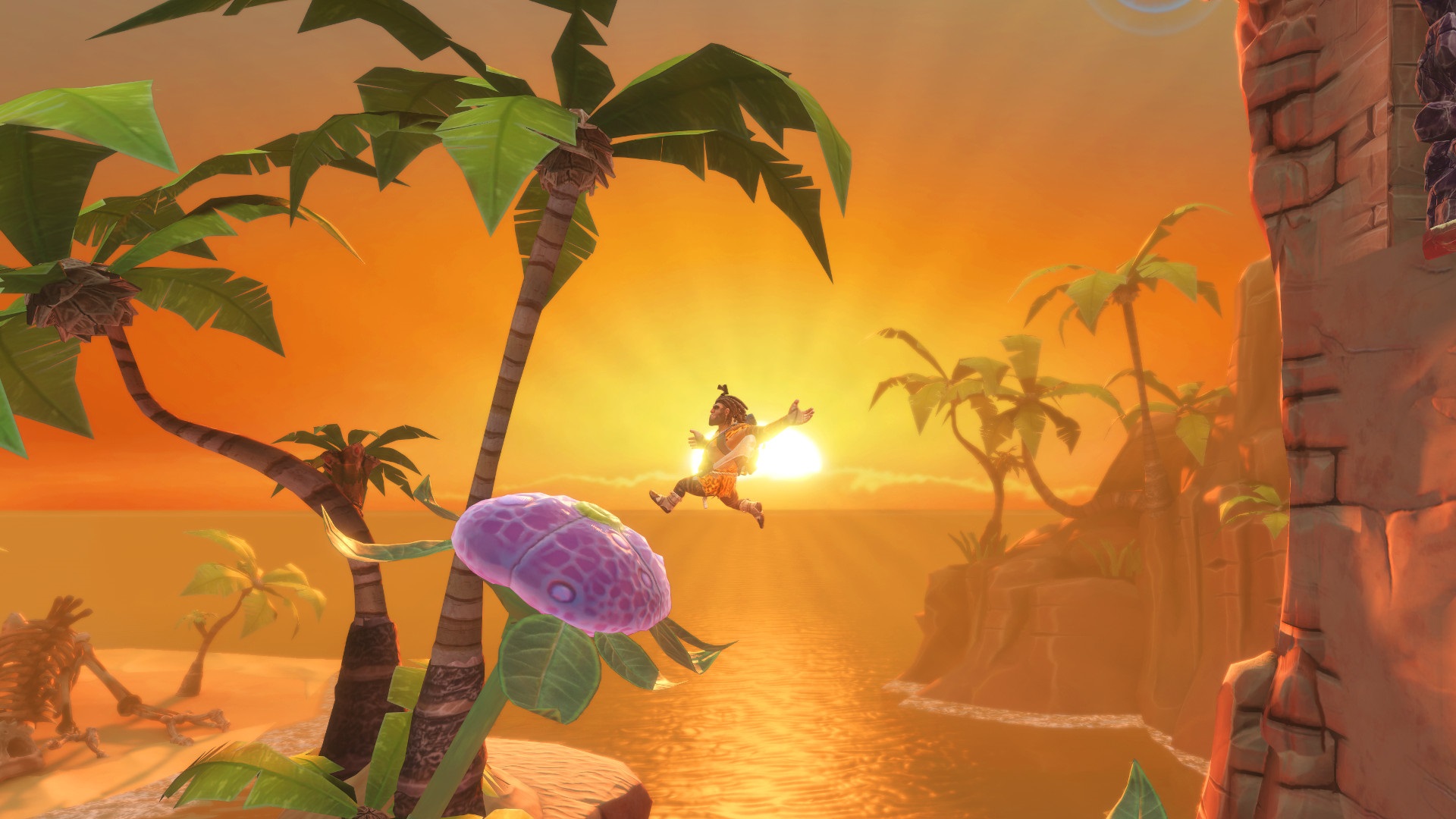 It sounds like the start of a dirty joke

If you give a mouse a cookie, it’ll inevitably ask for milk. If you give a caveman a jetpack, it’ll use it to run into dinosaurs. It’s just how these things work — don’t question it.

Well someone went and gave a caveman a jetpack, despite the obvious flaw in the plan. They also gave us some Switch keys of Jet Kave Adventure to give away, so hey, at least you’ll get some free stuff out of it!

Meet Kave. He’s kind of a doofus, so his caveman tribe kicked him out. But then aliens showed up when they crash landed, and now they’re trying to use the island’s resources to fix their ship. Problem is, it’ll blow up the local volcano if they do. Kave’s all like, nah. So he grabs his trusty jetpack he just found and takes to the skies, platforming and jetpacking his way to saving his tribe and proving his worth. I mean, it kind of feels like cheating because he’s got a jetpack and they’re still using sticks to hunt mastodons, but whatever.

Again, finding a jetpack while all your friends have rocks and a tenuous grasp of fire sounds a bit like cheating, but whatever.

To enter to win, use the widget below to leave your name and email address. You can enter daily. For bonus entries, follow Dtoid on Twitter and share our contest post with your friends.

While you’re waiting, tell us in the comments just what the hell Jark, Kave’s rival back in the village, is supposed to do now that homeboy has a jetpack. Jark has a much better jawline and once started a fire after only 47 minutes of rubbing two rocks together (a tribe record), but damn yo, what’s a fella to do when his rival has a jetpack?

We have three Switch NA keys to give away; winners will be drawn Monday, September 23. Head over to Nintendo Enthusiast for more chances to get your hand on this bad boy.

Dtoid Contest: Give a caveman a jetpack with Jet Kave Adventure