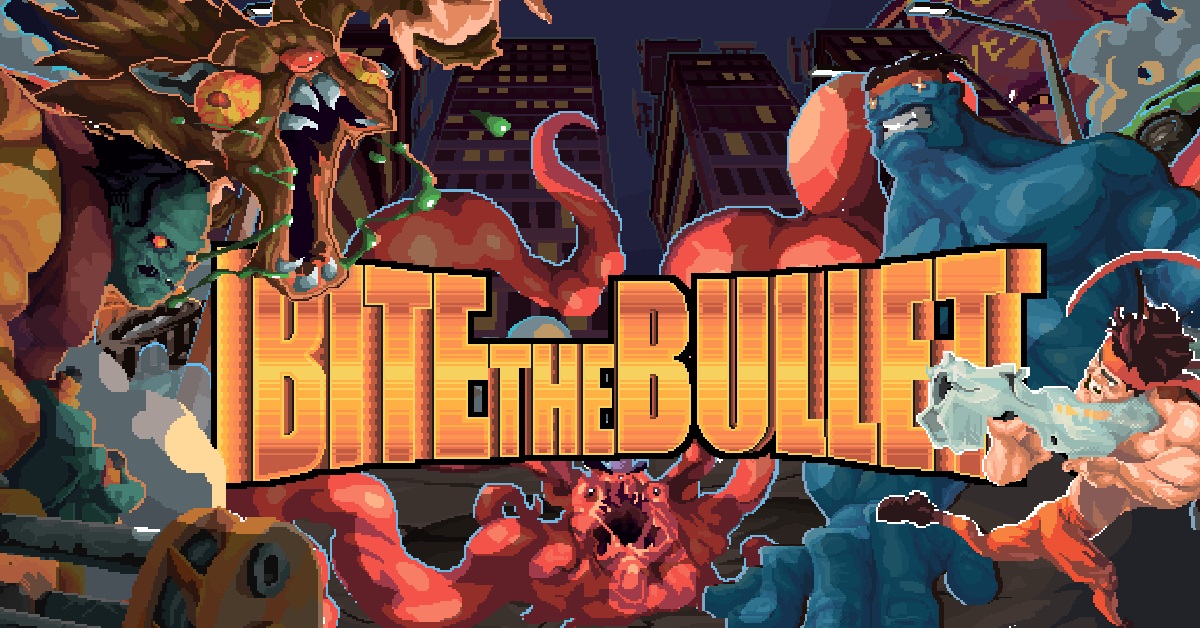 Are you in a video game? I’m not. Fix that with today’s Bite the Bullet contest.

So full disclosure: Mega Cat Studios is really cool, and they’ve got some really cool stuff in the works. How do I know that? Because I pay attention, fool. Any time someone comes to me with a Contra-style shooter with a caloric intake feature, my ears perk up like a dog hearing the word “treat.”

They’re offering up a chance to be an NPC in their newest game, Bite the Bullet. So get immortalized in video game history by entering our contest. But also tell them to include me, too. It’s the least you could do.

Bite the Bullet has a lot going on, but in all the good ways. It’s a roguelike, RPG shooter where you must craft and consume food to upgrade your hero. Eating is the path to glory! Eating is a key feature as it unlocks entries in both your compendium, and also determines the upgrades you earn. “You are what you eat,” as they say. While you’re not stuffing your face, you’re running and gunning through levels and why am I still trying to sell this game on you? YOU EAT THINGS TO LEVEL UP AND SOMETIMES YOU PUKE. Heaven is real, folks, and it’s this game.

Here are some fun game bullets for you to read.

Yes, yes, yes, and yes again. Also, I used to work with a hottie named Tess. Unrelated to this, but I thought I’d let you know.

To enter to win, join up with Bite the Bullet‘s Discord server and become a beta tester. Test this game, damn it! Use the widget below to link up your Discord account and hop in for some early access to the game. Help craft and perfect this game. You can be in the game if you win! That’s too cool. Way too cool. Like me.

You can check out Bite the Bullet in the meantime, as well as Mega Cat’s other really cool stuff. Tell ’em Wes sent ya.

Be In Bite The Bullet