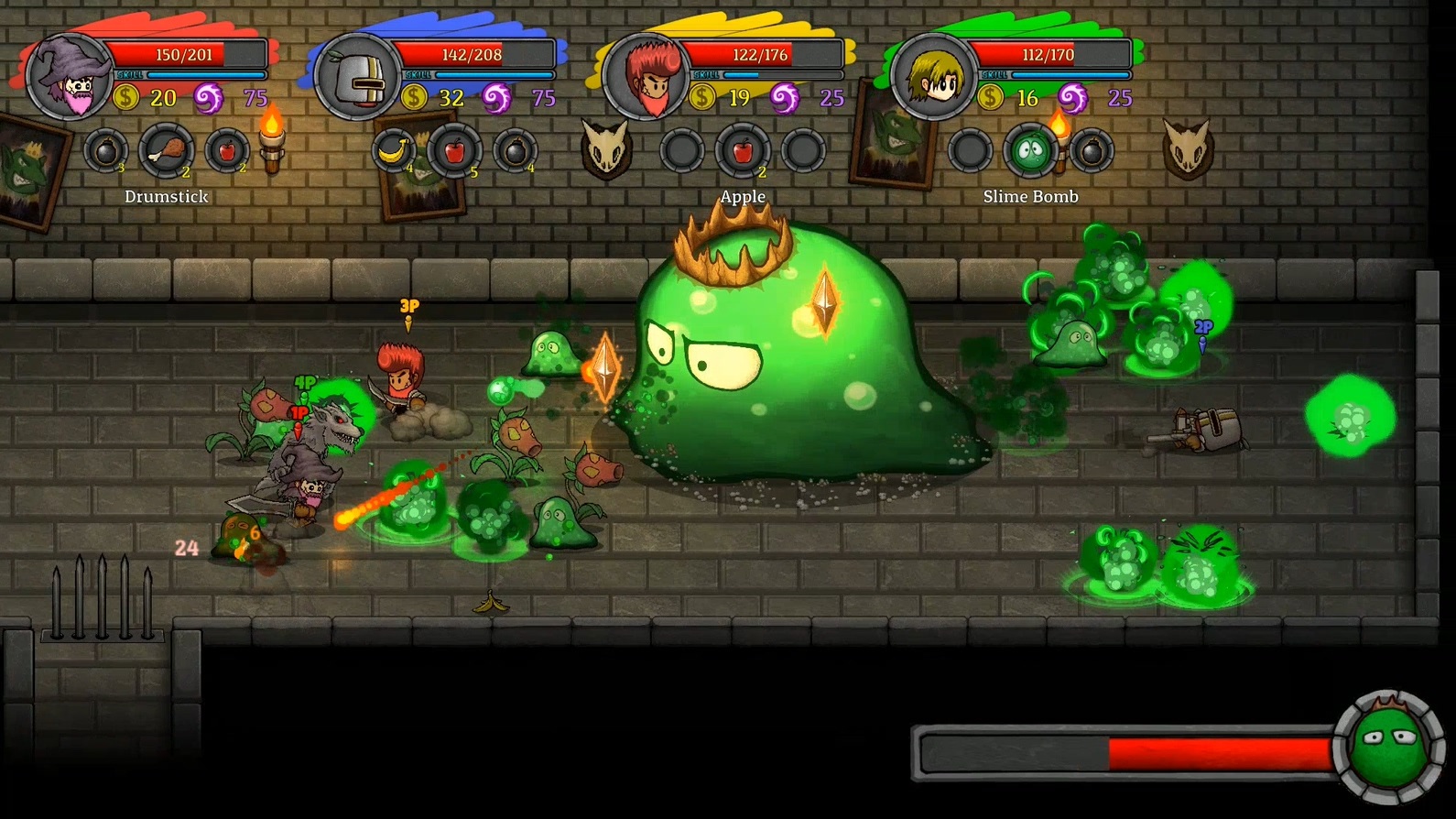 Why are castles always haunted? Or vexxed? Or otherwise just full of monsters and stuff? Seems odd. Someone should really consider that before building these huge things. Like, just don’t put a bunch of skeletons in there. It’s not hard.

Well, no one ever listens and of course yet another castle is haunted. It’s up to you to pair up with some friends and hack and slash your way to clearing it in Lost Castle. We’ve got PS4 and Switch keys up for grabs, so help us send the spook away!

I usually like to include press in these posts, because it lets readers and potential contest winners get info straight from the devs. It works because it’s less for me to reword, and more of a chance to let the people who make these games (that they give away for free) tell you about them. This usually includes bullet points with game features. This presser has TWO sets of bullet points, so eat fudge, readers, I’m putting them all in!

Are you not entertained?! That first list is telling you about the game. This next one is specifically game features. Ha ha ha!

Looks like spooky fun, which is right up my alley. My very non-haunted alley, of course.

To enter to win, use the widget below to leave your name and email address. Also, be sure to tell us which platform you’d like. You can enter daily. For bonus entries, follow Dtoid and @AnotherIndieS on Twitter, and share our contest post with your friends!

While you’re waiting, tell us in the comments why castles keep getting haunted. Is it a flaw in the design, or something to do with the tenants? Do ghosts and monster just like big castles, or do they wind up there, kinda like drifters in a park? I’m dying to know.

We have three Switch and three PS4 keys to give away — all are for North American accounts, only. Winners will be drawn Tuesday, September 24. Head over to PlayStation and Nintendo Enthusiast for more chances to win.

Lost Castle is available now for Switch and PS4.

Dtoid Contest: Get lost in Lost Castle for PS4 or Switch