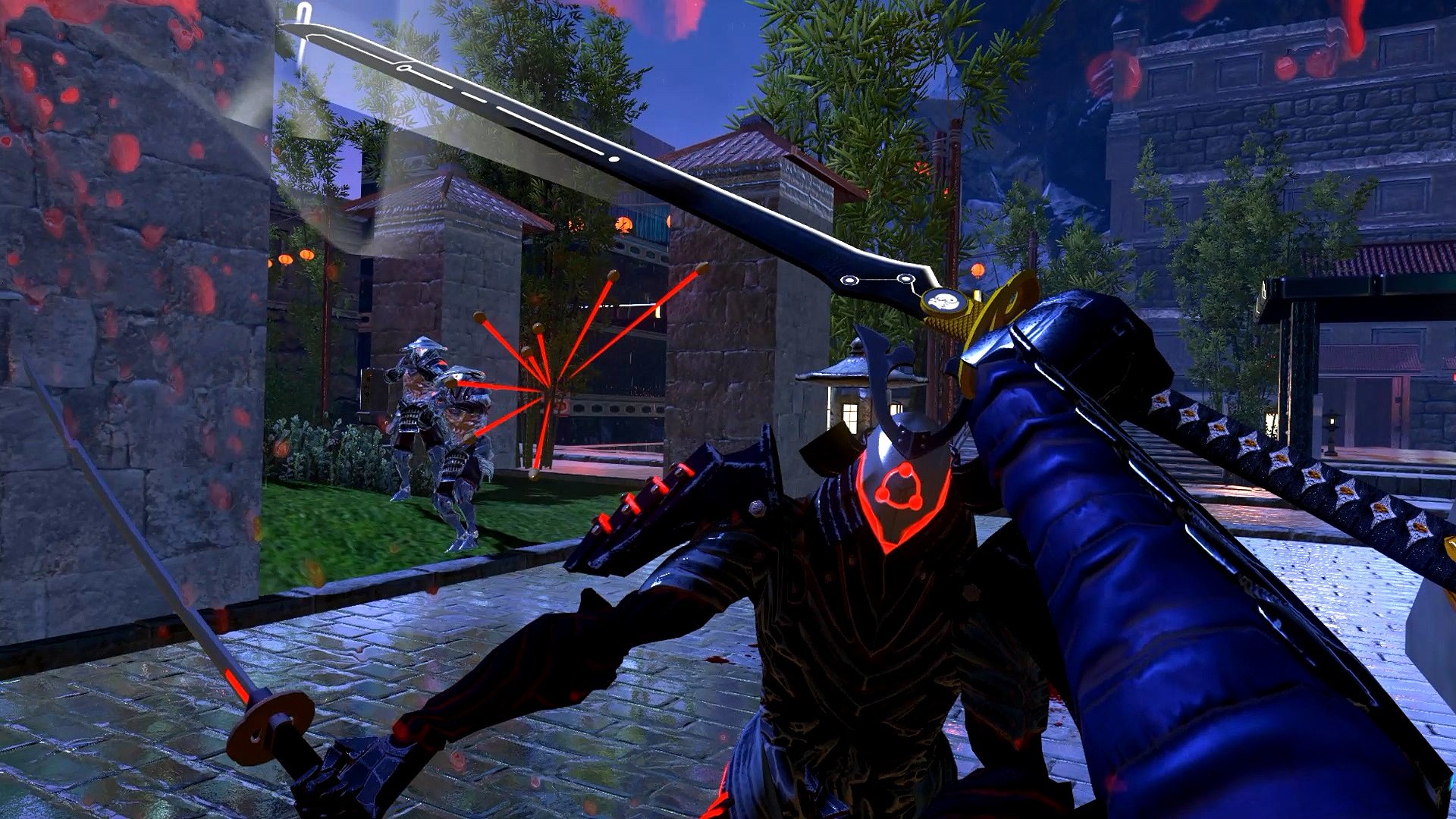 Physical copy along with steelbook case!

I am not a ninja. I can’t do any ninja things, and I’m not sneaky at all. Sometimes I lose my balance when walking in a straight line. One time I tripped while standing still. All of these things would make me the world’s worst ninja.

Luckily, I can pretend in VR! I’ve got a physical copy of PSVR cyber ninja title Sairento to give away, complete with a fancy limited steelbook case! I want you to play ninjas with me. It’ll be fun, I promise.

I’m not going to waste a lot of your time convincing you on this one. Watch the trailer. The game takes place in Cyber Tokyo (awesome) where a secret cult practices martial arts at the cost of spreading nanomachine corruption to their bodies (also awesome). You’re a cyber ninja who uses guns, swords, and acrobatic moves (backflips, slides, time-slowing — all awesome) who has to take them all down. The whole thing is pretty nuts, but in all the good ways.

Here are some game features:

I put down a lot of words there when “Cyber Tokyo” really should have sold you on it.

Ok, so use the widget below to leave your name and email address to enter to win. You can repeat daily. For bonus entries, follow Dtoid and publisher @PerpGames on Twitter, and share our contest post with your friends.

Why do ninjas always have to fight, btw? Can’t they just play a really interesting game of hide and seek, instead? Pontificate on this issue.

We have one physical copy of the game to give away. You must have a United States shipping address in order to quality. Winner will be drawn on Monday, August 19.

Sairento VR is available at fine retailers such as Amazon, Best Buy, and GameStop, and is also available to purchase digitally from the PS Store.

Contest: Get into VR cyber ninja action with a PSVR copy of Sairento