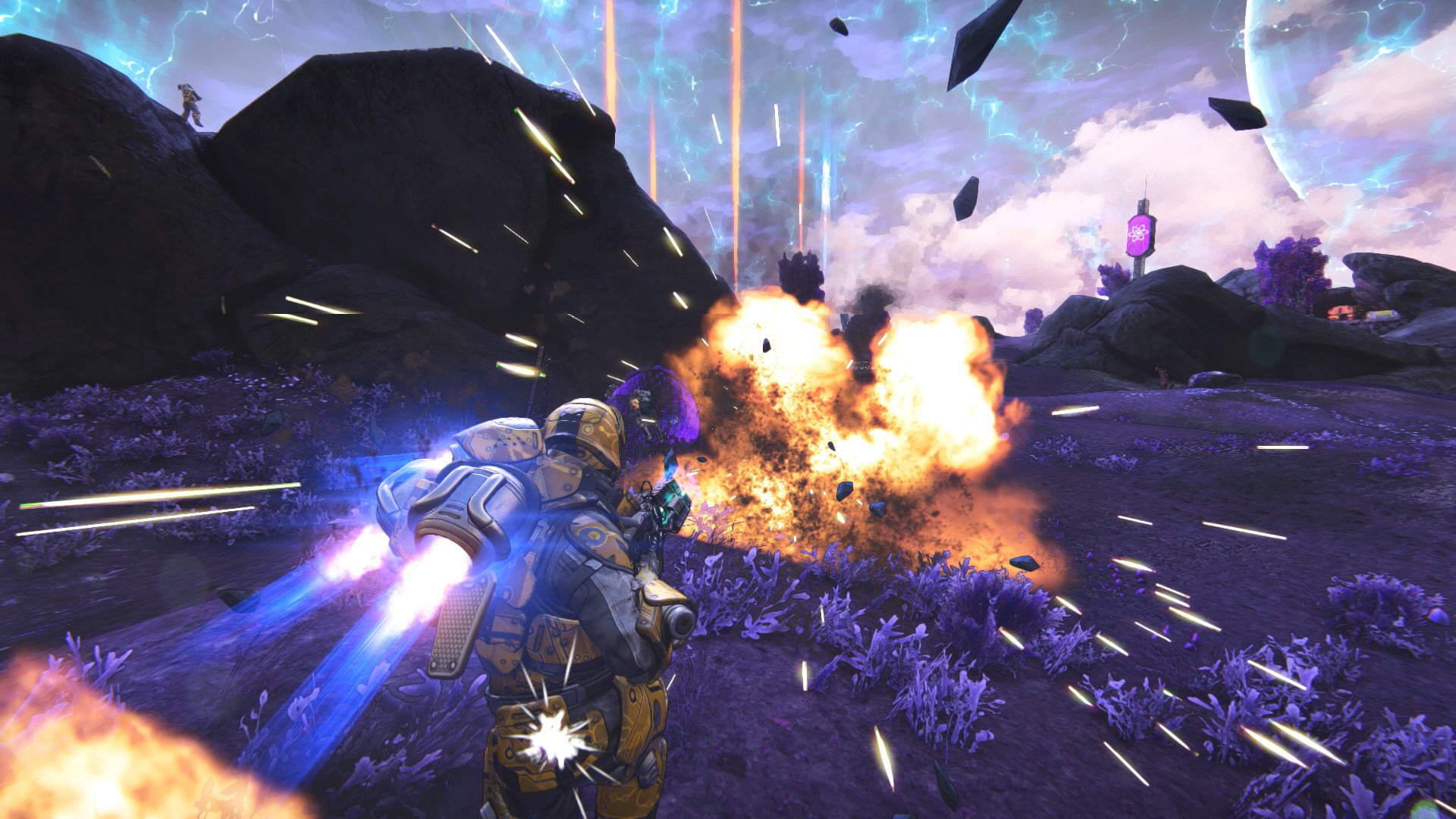 In this contest we’re giving away Recruit Edition bundles for PlanetSide Arena!

Raise your hand if you’re into squad-based shooters with specialized classes and massive amounts of players shooting lasers and stuff at each other. *counts hands* Yeah, ok, thought so. Just wanted to take a quick poll.

Since so many hands were raised, let’s give away some keys for PlanetSide Arena! We’ve got some Recruit Edition keys to help make this free-to-play shooter even freer to play, so win a key and get a head start on the fun!

Most of you are probably already familiar with the PlanetSide franchise. This new free-to-play entry reintroduces players to the war-torn Auraxis, a planet pretty much ruined at this point due to constant battle. Like, who keeps doing all these wars, anyway? Give that poor planet a break! Hop into the fray with squads of 12 or teams of 3 in the massive maps which support 300 players, and up to 1,000. Wow, that’s a lot. About 999 more than I can effectively kill, to be exact.

Here are some game features.

So, we’re giving away Recruit Edition bundles, which include:

You know the drill. Drop them deets in the widget below, and be sure to enter daily. Follow Dtoid and @PlanetSideArena and share our contest for more entries. Easy peasy.

While you’re waiting, share with us your favorite PlanetSide memories of yore. Yore of your? You’re of yo’re? I don’t know what’s going on — I’m getting my yores all mixed up again.

We have 10 Recruit Edition keys to give away. Winners will be drawn Friday, September 27. Head over to our sister sites PC Invasion and Daily Esports for more chances to win.

Dtoid Contest: Get into the action with these PlanetSide Arena: Recruit Edition keys