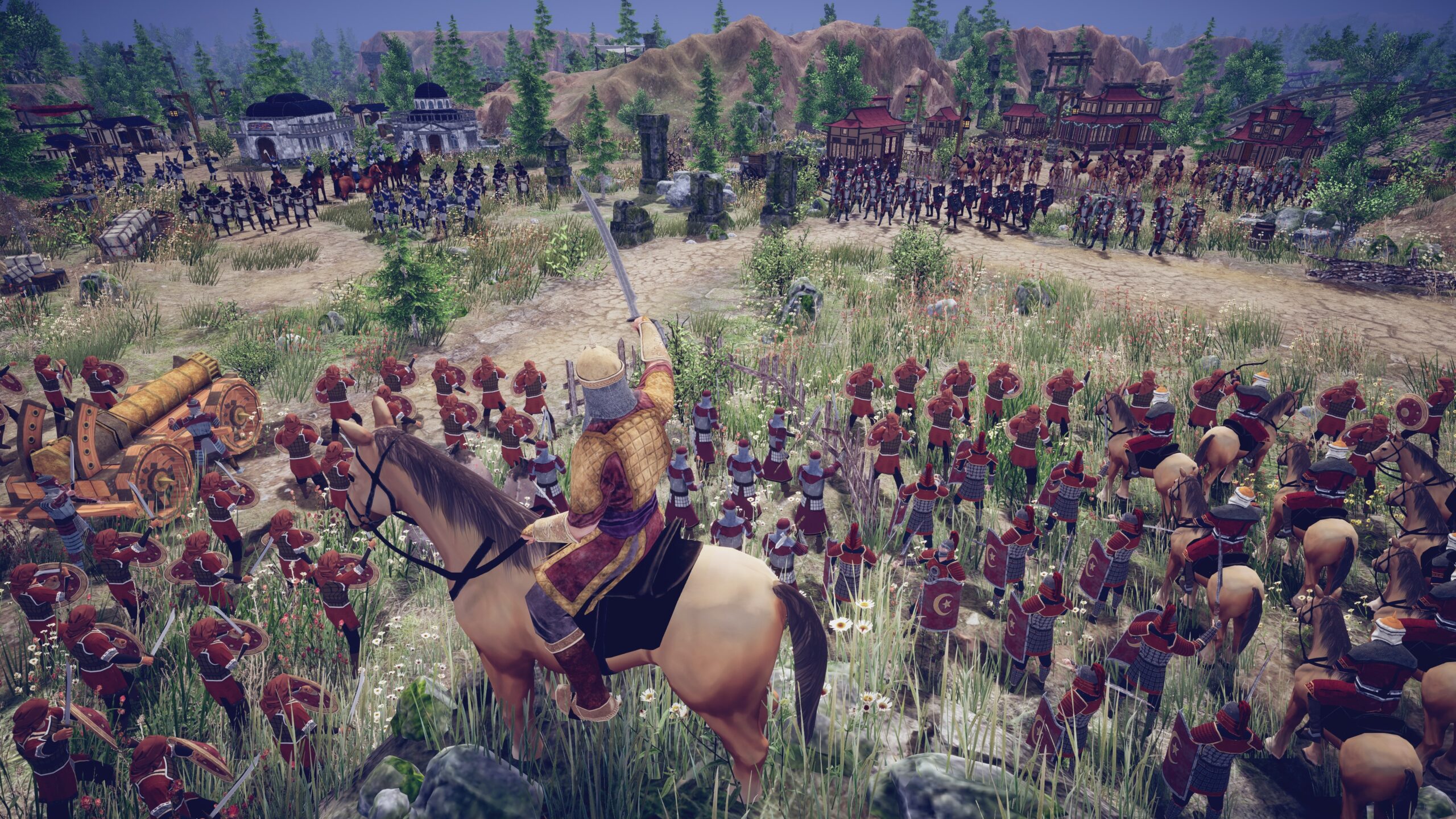 In today’s contest, you’ll get a second chance to win medieval RTS Taste of Power!

Huzzah for second chances! About a month and a half ago, we gave out copies of medieval RTS Taste of Power so you guys could pass the quarantine time without going crazy. Now that some places are starting to open back up, why not double dip for when the inevitable second wave hits?

Taste of Power is rocking out on Steam right now, so ya might as well win a copy for yourself!

In case you missed it the first time around, here’s a little ditty about Taste of Power.

Taste of Power is a real-time strategy game set in alternate medieval times, where you fight for one of 3 factions – Europe, China, or the Middle East. In our version of history, nations clash for global dominance. The continent is an epic battlefield, so you’ll have to build cities, recruit troops, study new technologies and wipe out your opponents. Your nation needs a proper commander!

Tactics are essential in Taste of Power. The numbers of your enemies’ troops don’t mean much if you meet them with a proper artillery battery. Engineering power has no limits here, as you can build mobile defenses to protect strategic positions. Build underground tunnels to move your forces across the battle lines faster and surprise your opponent!

I’m still bad at strategizing things. Hell, I can’t even pay my rent on time. I’m make an awful commander.

To enter to win your copy, comment below telling us what’s in my left front pocket. I usually carry my keys there, but as I’m not going anywhere, that space is all freed up! The power is yours.

We have five Steam keys to give away; winners will be drawn Tuesday, May 26. Make sure to comment using a Dtoid account with your current email address on file. New ’round here? Sign up here to join the greatest community on the internet.

Taste of Power is available now on Steam. Make sure to visit PC Invasion for more chances to win!