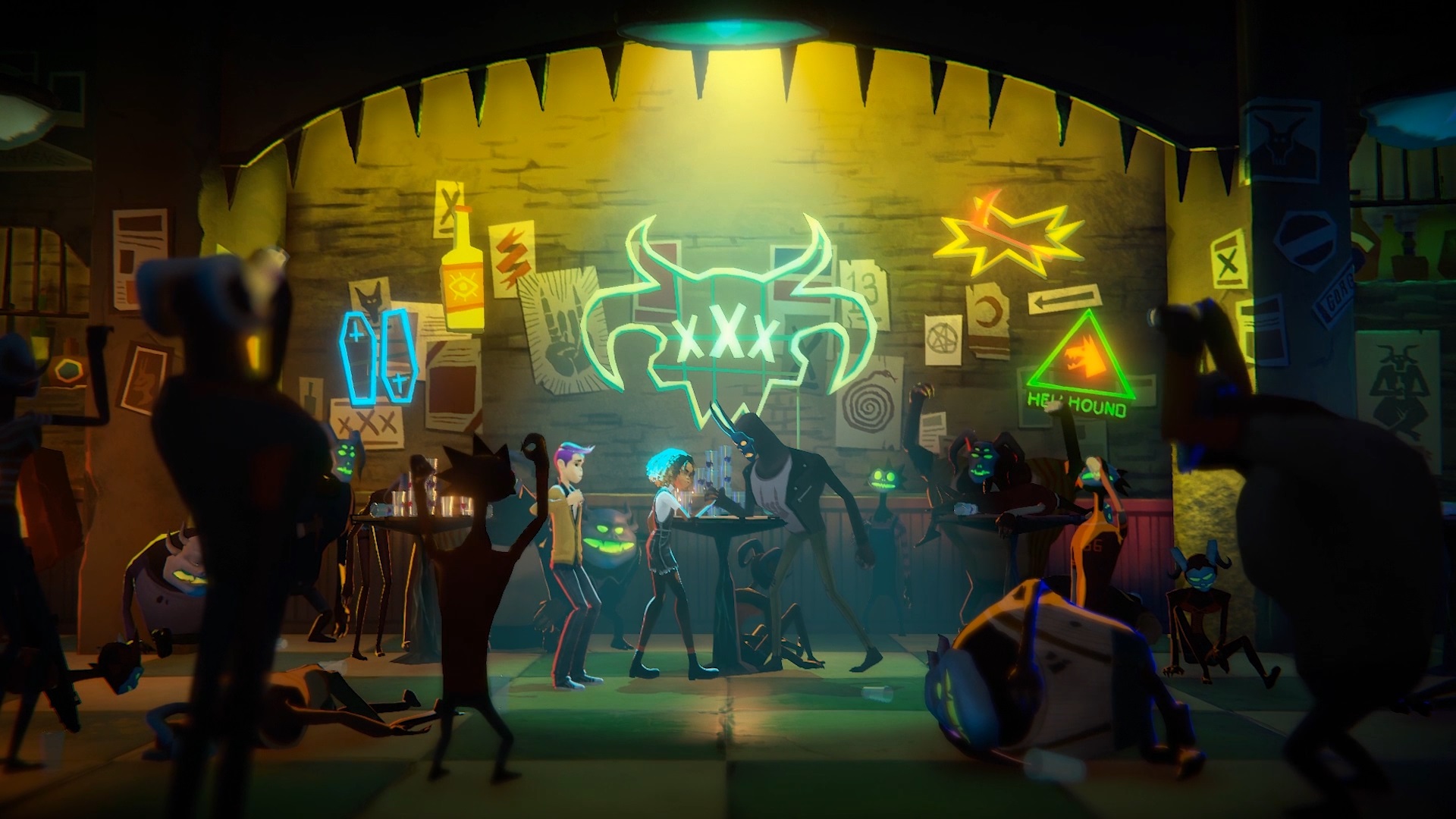 Do horrible things to your liver in today’s contest to win a PC copy of Afterparty!

Oh, that pesky Satan. He’s always doing stuff that’s kinda evil, but also kinda tricky. It’s like the scales are tipped against you when dealing with him. Quite frankly, I think it’s rude. Stop that, Satan.

Give the Devil his due in Afterparty, where you challenge that big red idiot to a drinking contest to win your freedom from Hell. Pretty cool setup, right? We’ve got some PC copies to give away, so read more to find out how to win!

I drank way too much this weekend, so read something that someone else was sober enough to write.

In Afterparty, players will take on the roles of Lola (voiced by Janina Gavankar) and Milo (voiced by Khoi Dao), recently deceased best buds who suddenly find themselves staring down an eternity in Hell. But there’s a loophole: outdrink Satan and he’ll grant re-entry to Earth. The narrative-focused game will also feature:

I love the word “libation.” I don’t know why.

To enter to win your copy, craft a libation for me. I don’t like vodka, so you’re going to have to find something else to mix up for me. I’m a thirsty, thirsty boy, so get creative!

We have five PC copies to give away, redeemable from the Epic Games Store. Winners will be drawn Friday, November 8. Please make sure to comment using a Dtoid account with your current email address on file. New users can sign up here to join the bartending frenzy.

Afterparty is available now for PC and other platforms. Head over to PC Invasion for more chances to win!