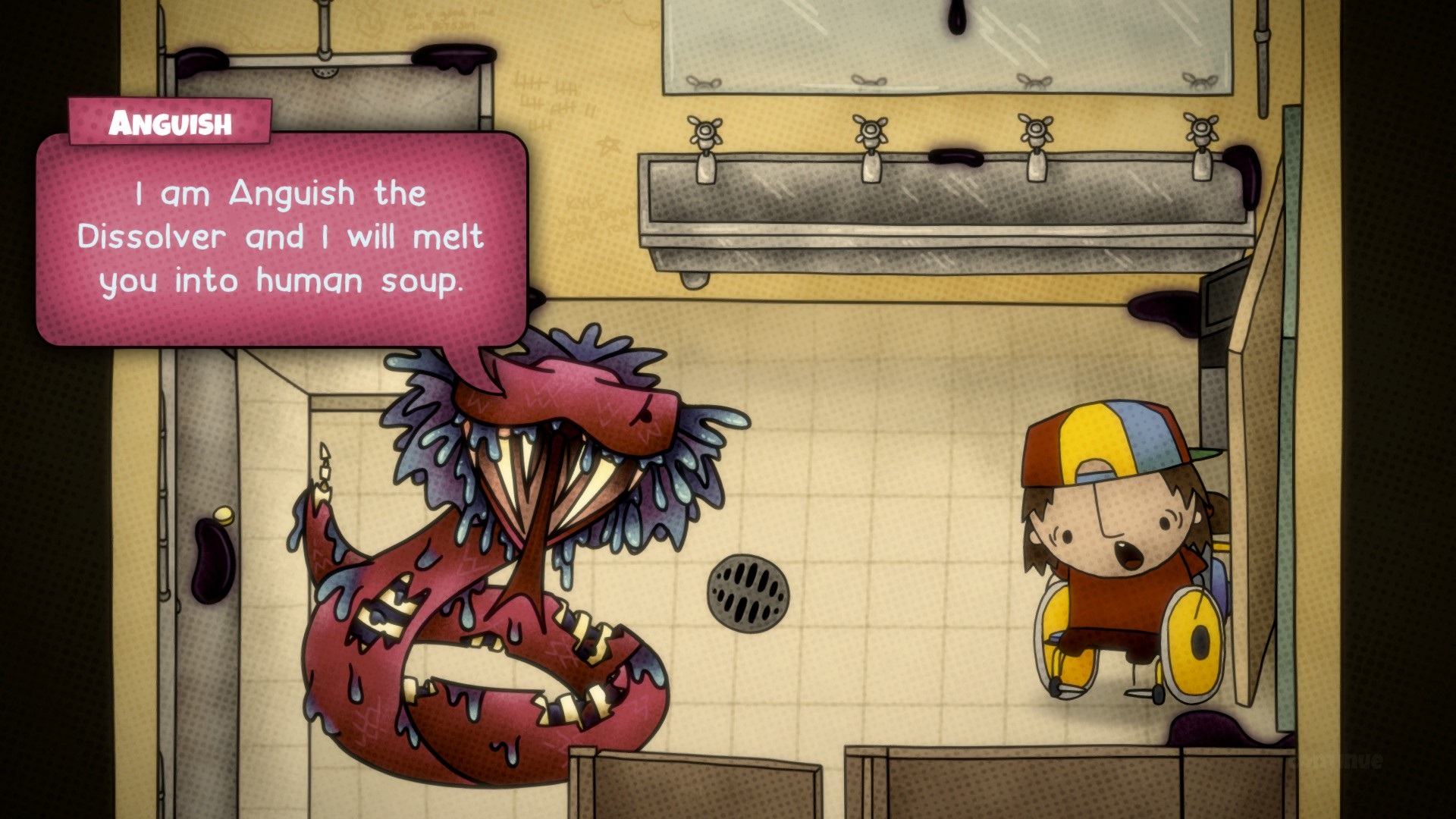 This one caught my eye because the monsters are batshit insane — and you get to create them! Who doesn’t love creation? Cards games are cool and all, but I’ve always wanted to have some agency as to what my cards look like and do. And this one seems to deliver on that idea.

So, I reached out and snagged a bunch of keys for Cardpocalypse for you guys, because why the hell not?! It looks kooky and fun, so give this bad boy a spin on us. We love you.

Even the press material for this one is super endearing. Read it and disagree with me. I dare ya. I double-dog dare ya!

Make friends, play cards, twist the rules, become a Mega Mutant Power Pets master, and try to save the world in this single-player RPG about being a 90’s kid. On her first day at Dudsdale Elementary, 10-year old Jess accidentally gets everybody’s favorite collectible card game banned, forcing the kids to take their card battles underground. Troubles arise when mutants from the game invade the real world, and it’s up to Jess and friends to stop them.

BE A CHAMPION: Build your decks around the ultra rare Champion cards you earn. Each Champion comes with unique abilities to tailor your deck around. First player to get their opponent’s Champion card’s health to zero wins the match.

CHANGE THE GAME: The kids sometimes use house rules and who knows what the Mutants will change. Throughout the game you will choose the new rules and conditions as well as renaming your favorite cards and giving them upgrades using stickers. Create entirely new cards using the Mega Mutant Power Magazine. But be careful, these decisions are permanent.

GET SCRAPPY: Adventure throughout the school to unravel the strange occurrences at Dudsdale Elementary. Take on quests to earn cards, stickers, and candy which you can collect and trade with your classmates. Careful, there’s no backsies!

YOU CAN’T COLLECT ‘EM ALL: In the end, your decks and rules will be unique to you. Stickers are rare, choices matter, and sometimes you’ll have to make a tough decision to get the best cards.

THE 1990’s: Through its totally rad, choice-driven, interactive narrative, Cardpocalypse delivers the experience of being a 90’s kid. Boo-ya!

Crap, now I have to buy a copy for myself. Oh well. Say la vee!

To enter to win a copy, use the widget below to leave your name and email address, and tell us which version of the game you’re trying to win. You can enter daily. Click around up in there for bonus entries, yo.

While you’re waiting, build me a perfect card. What are its special properties? What’s the monster on it? What level is it? Fill me with your creativity.

Cardpocalypse is available now for PC, Switch, PS4, and Xbox One.

Dtoid Contest: Don’t get left behind – get in on the Cardpocalypse