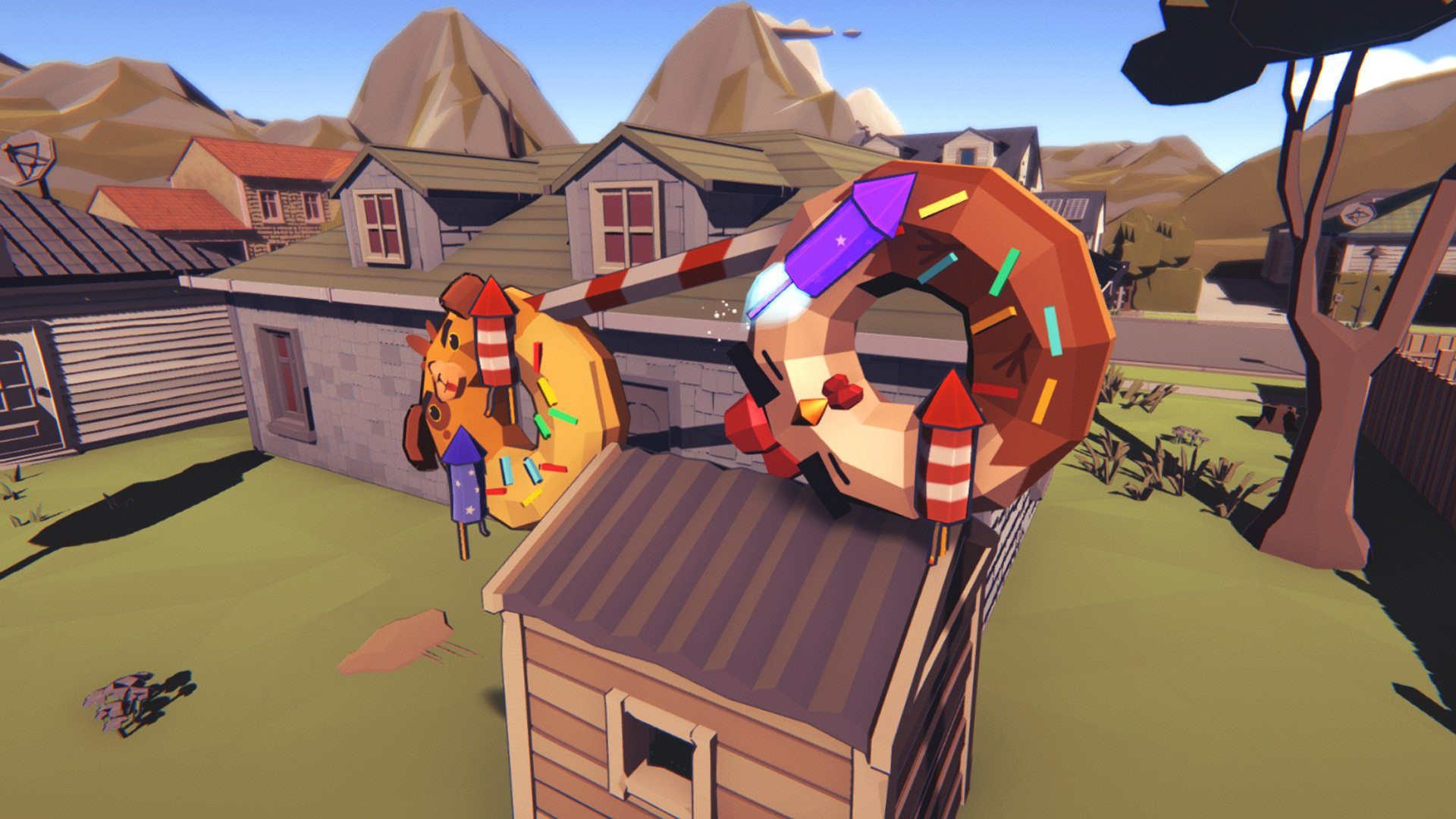 In today’s contest you can win a Steam copy of donut adventure game Cranked Up!

If loving a game where you have to bounce and rocket-blast a giant donut through ever-increasing obstacle courses all in the name of saving a sentient cup of coffee is wrong, then I don’t want to be right.

Thank God I’ve embraced the wrongness on this one! We’ve got Steam Early Access copies of this exact game, called Cranked Up, to give away in today’s contest. I don’t know what’s happening anymore, so might as well win a copy from me before I go completely crazy!

This is kind of a weird one, folks. An evil Hawaiian pizza is intent on covering everything in pineapple — including coffee and donuts! It’s up to you to rocket your way around the world as a giant donut to save Mr. Mug, a loveable cup of coffee. I don’t think I can do the game any more justice by typing things, myself, so just read some game features.

To enter to win your copy, comment below telling me what the developers were doing when they thought of this game. I think that coffee they were drinking might have been expired or something.

We have five Steam Early Access keys to give away; winners will be drawn Monday, May 25. Make sure to comment using a Dtoid account with your current email address on file. New to the site? Drink some expired coffee, sign up here, and get into the fun with us!

Cranked Up is available now on Steam Early Access.