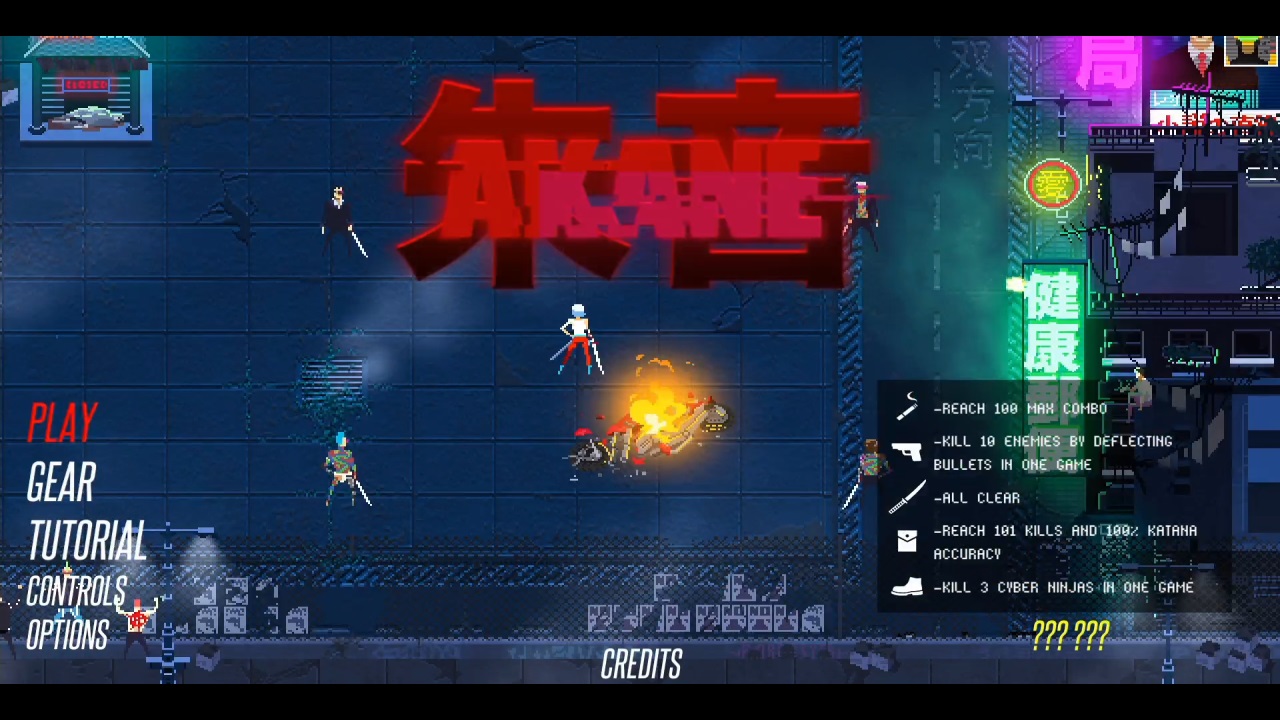 Hack and slash in your last stand

Enter our contest for your chance to win a Switch copy of Akane!

I’ve said it before, and I’ll say it again: If you want me to pay attention to your game, soak that shit in neon! I love colorful games, especially when neons are involved. Throw in cyber ninjas, dramatic last stands, and oodles or blood and I’m sold, baby.

Akane has all of that, and more. Check it out, and win a Switch copy while you’re at it!

Read some press materials, ya jerks!

Sharpen your loyal katana and try to overcome hordes of furious Yakuzas panting with a murderous lust. You know that this time there will be no happy ending, and that this night will be your last. But before you go down, first take as many thugs with you as you can, and make them regret the day your paths crossed.

Akane is a brutal arena arcade slasher based on one-hit-one-kill gameplay mechanics, where the player has just one goal: to kill as many opponents as they can, before they die. To achieve this goal, players will have a diversified arsenal of weapons and special skills at their disposal. All to face different types of opponents along the way.

Dude, “panting with a murderous lust,” is legit good writing. Kudos to whomever came up with that!

To enter to win your copy, pant at me with a murderous lust. I’m not entirely sure how you’ll convey that in the comments section, but you’re a smart bunch. You can figure it out.

We have three Switch NA keys to give away. Winners will be drawn on Friday, May 17. Make sure to comment using a Dtoid account with your current email address on file. New users can sign up here to do some heavy breathing!

Akane is available for pre-order now in the Nintendo eShop, with a full release on May 17. Head over to our sister site, Nintendo Enthusiast, for more chances to win!