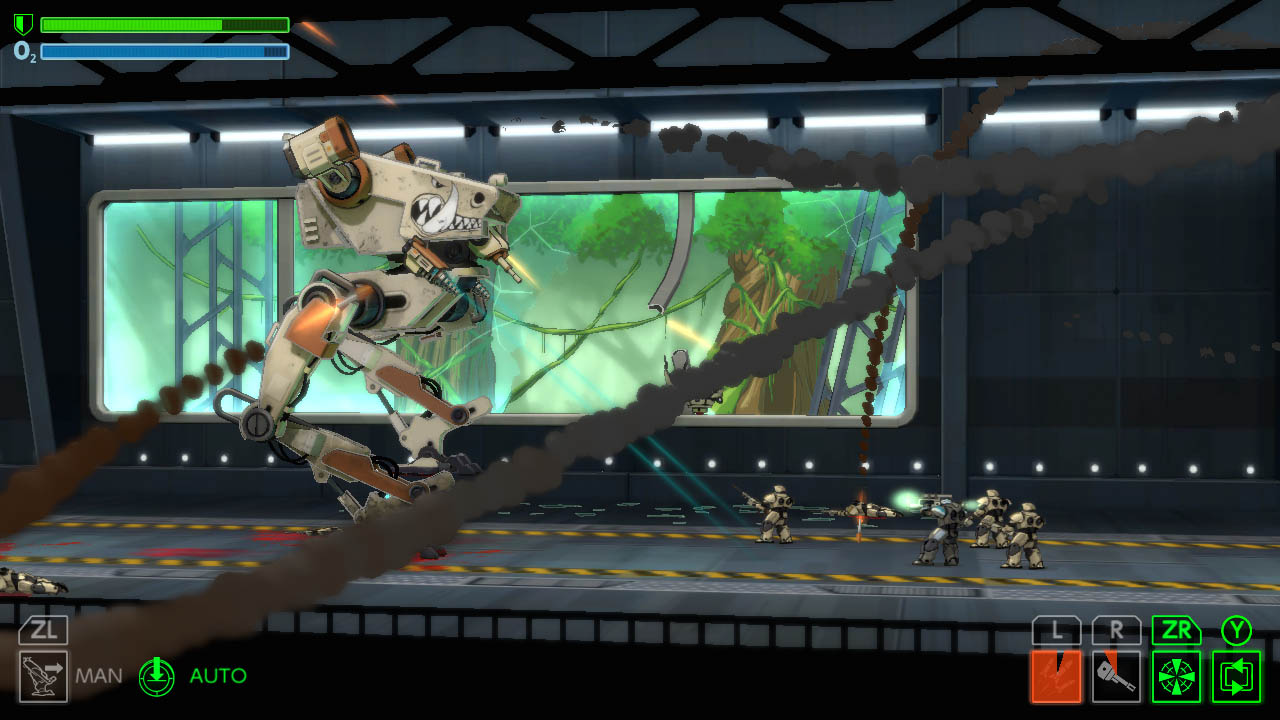 We’ve got Switch copies of brutal walking simulator BE-A Walker up for grabs in today’s contest!

You know that one movie where the giant robots walk around and blast lasers and stuff at people trying to defend their planet? I don’t remember the film right now, but that was a cool scene. So cool, it inspired its own video game where you can pretty much do the same thing!

BE-A Walker is a walking simulator with a twist — you control a giant mecha sent to either enslave or defend an alien planet. So load up your cannons and prime your lasers for a Switch copy of this out-there game!

It’s easier to just let the devs tell you about this one.

Dying Earth is overpopulated and humanity searches for new planets to colonize and to extract much needed resources. Eldorado is an Earth-like planet covered with huge jungles and mountains full of rare minerals and it is an ideal option for colonization. But two things are making colonization quite complicated: the first one is the atmosphere which is poisonous to the human race, and the second one is the native race of warlike humanoid creatures that is not going to share its home with some sky people. Although the first problem can be solved by air filters, even the battle armor can’t help against huge spears and other missiles of the hostile tribes.

You are the pilot of battle mech “BE-A Walker” (Biped Enhanced Assault Walker). Your mission is to defeat the hostile natives to protect the colony population. But annihilation of the native race is not the only way to stop the war. Choose your side and make the decision that suits you best: to be a human, a true son of Earth fighting for survival of your race and killing whoever stands in his way, or to be a humanist who’s trying to protect the poor natives, victims of the greedy invaders.

To enter to win your copy, leave your name and email address in the widget below. You know the drill. Click around for bonus entries, and be sure to actually listen to the music I make you listen to!

We have three Switch NA and three EU keys to give away across our network; winners will be drawn Monday, March 9.

BE-A Walker is available now on the Switch eShop.