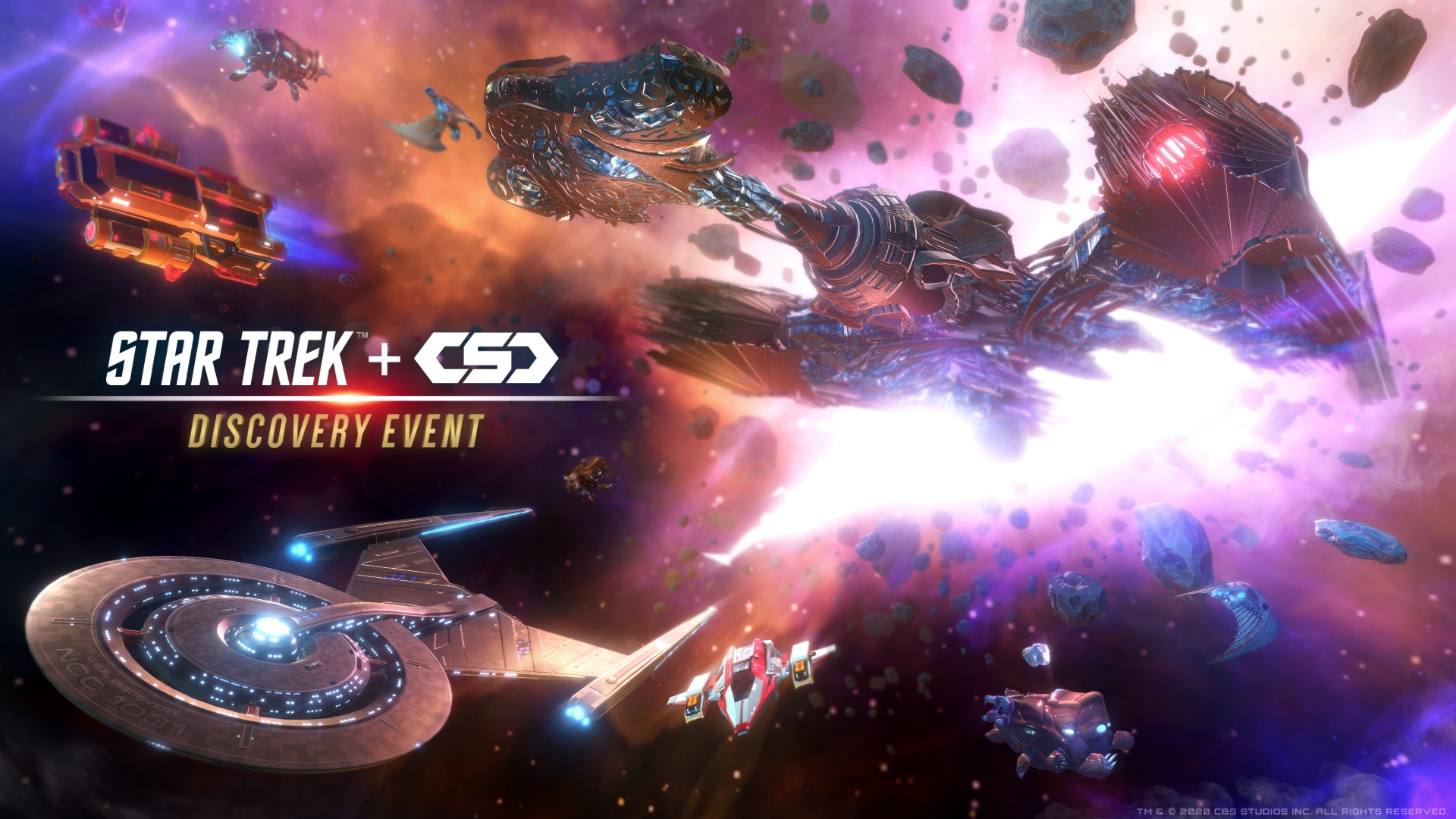 I honestly didn’t know there was a such thing as Star Trek Day, but here we are! Space MMO CSC just hit its 1.0 patch, bringing along new content and a sweet new collab with Star Trek: Discovery. We’re giving away some free content for the game, as well as some deluxe Star Trek bonus items — read below to find out how to win!

CSC is a free-to-play casual-friendly space MMO sandbox game that delivers fast-paced combat, a robust economy and deep crafting system, on Steam. This game offers the best of both worlds to gamers of all levels. Players can get into CSC quickly to battle, explore and run missions in minutes, not hours. At the same time, dedicated MMO enthusiasts can dig deep into an ever-expanding universe and a rich player economy that rewards game time with real-money value in-game items.

So, right away we’ve got 50 keys to give away to set you up with five random in-game ships, as well as 50 modules to help you on your journey. Claim from the widget directly below.

Now, for those of you who want some Star Trek content, we’re also giving away three keys featuring an assortment of five Star Trek ships and skins! Star Trek Ship Skins can be deconstructed into different Shards, depending on its Star Trek Ship Class. Once you collect 25 shards for a specific Star Trek ship you can turn-in those shards at the Rift Station in EQ Pegasi, and get the actual Star Trek ship!

Enter to win from the widget at the bottom of the post. Our 50 keys are limited and first come, first served. We’ll draw winners for the premium Star Trek keys on September 14.

CSC is free to play, and available now via Steam.