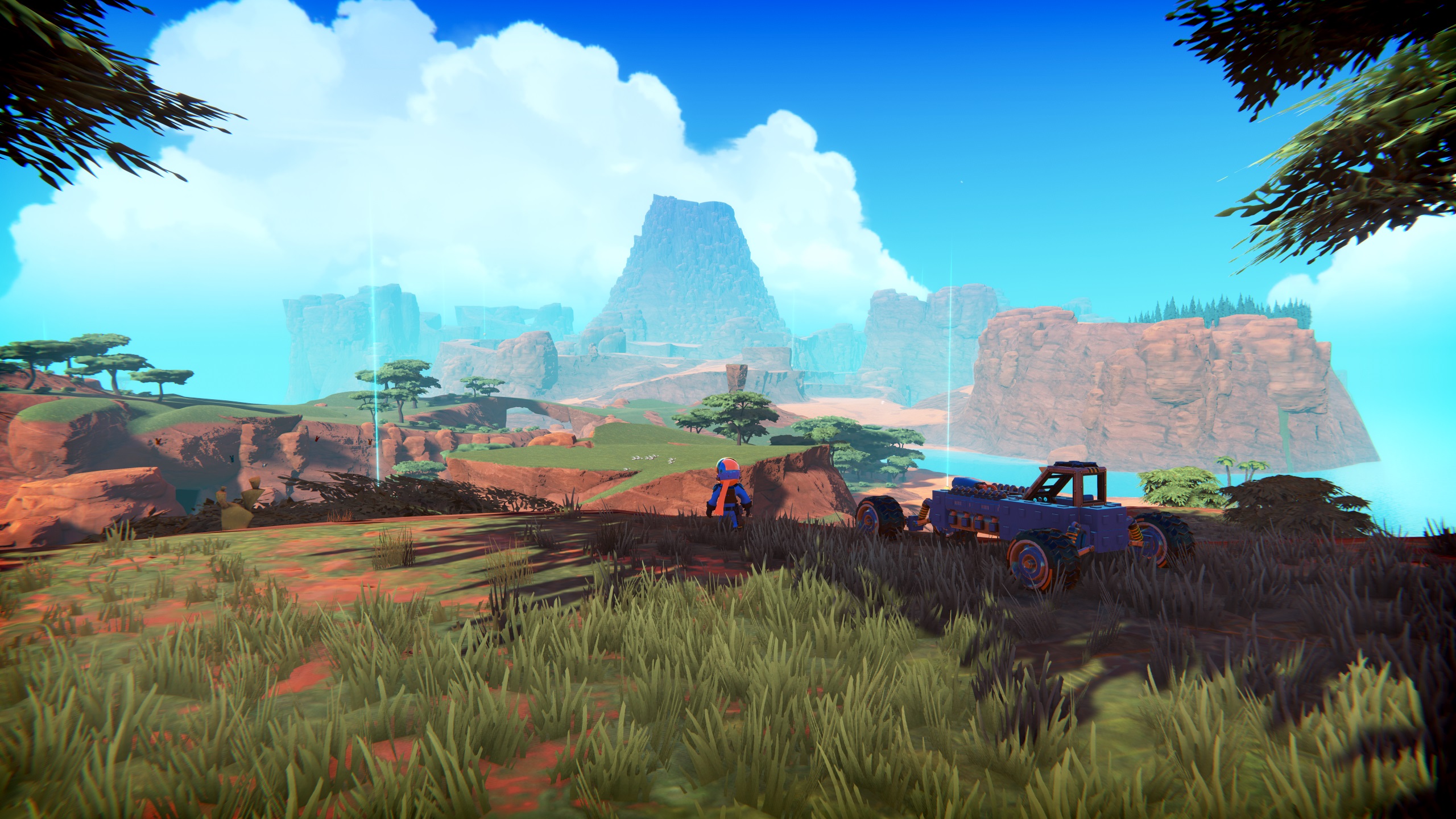 Games where you can create your own fun sound great on paper, but whew I’m the least creative person on Earth. Arts and crafts were always a disaster for me, and without the instruction manual a box of LEGO is totally worthless to me. I’m ok with words, I guess, but the visual arts elude me.

If you’re into that sort of thing, though, Trailmakers just hit a huge milestone, and we’ve got some Steam keys to give away! Build to your heart’s content. Think of me while you do it.

Read some press because I’ve lost my ability to adequately relay information!

In Trailmakers, players create their own dream machines out of colourful, physics-based blocks (everything from race cars to planes to giant robots), and then take them into races, epic PvP battles, or set out to explore a vast alien planet.

The centrepiece of the huge launch update will be an all-new main campaign mode, Stranded in Space, which will feature around 10-20 hours playtime spread across the most diverse map yet, with underwater and lava environments, floating islands, dangerous wildlife, and much more.

“The community has created some absolutely amazing things so far,” says Mikkel Thorsted, Creative Director at Flashbulb Games. “We’ve had an autonomous car, block-based versions of Pong and Battleships, and a machine that built a monorail track. There have also been a ton of hydrofoils, ornithopters, railguns, and Boston Dynamics-esque walking robots. One player even built a three-stage rocket that turned into an orbiting Tesla by the end!”

Alongside the all new campaign, there are a multitude of modes for players to dive into, spread across numerous sandbox, racing and competitive multiplayer maps.

More multiplayer modes, as well as new skins and vehicle parts, are already in development and players can also share blueprints for any of their creations with their friends and the Trailmaker community.

I can’t even create an original description of this one! That’s how bad I am! Forgive me, friends.

To enter to win, use the widget below to leave your name and email address. You can enter daily. For bonus entries, follow Dtoid and @PlayTrailmakers on Twitter and share our contest post with your friends.

While you’re waiting, build me a vehicle. What does it look like? What does it do? How many cupholders does it have? I need to know all of these things. I need transportation, damn it.

We have five Steam keys to give away; winners will be drawn Tuesday, September 24. Head over to PC Invasion for more chances to score a copy.

Trailmakers is available now for PC and Xbox One.

Dtoid Contest: Build, explore, and battle with a Steam copy of Trailmakers