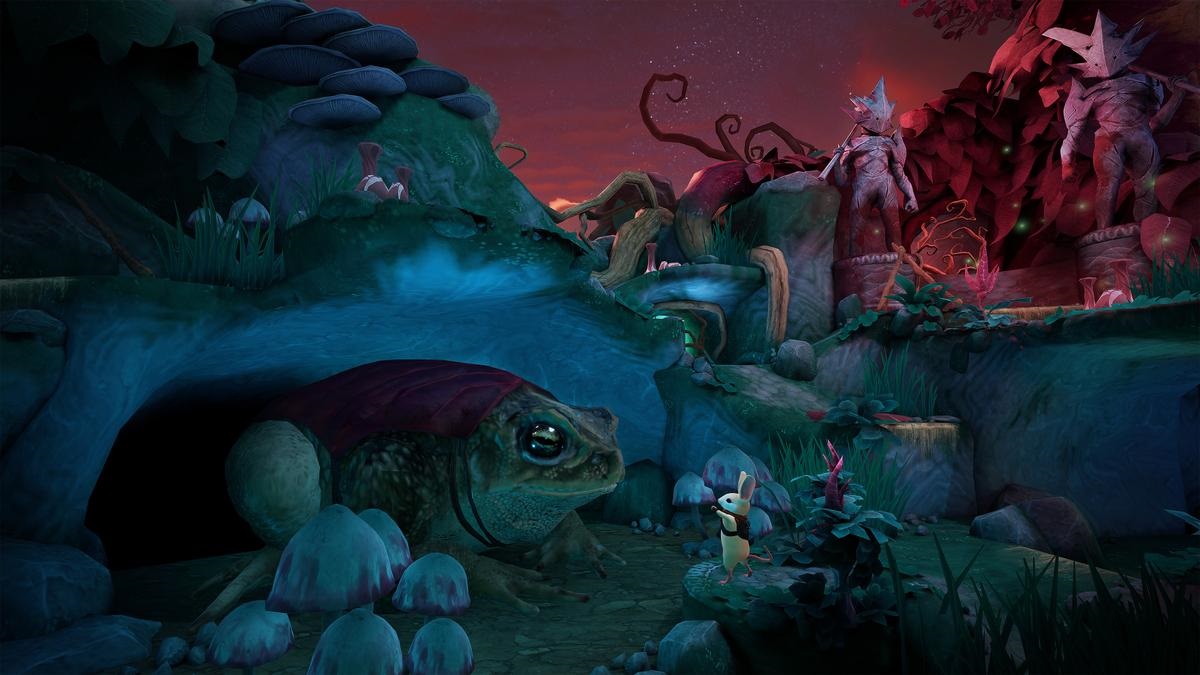 Steam and Oculus Quest keys up for grabs

Enter our contest and pick up a copy of breakout VR title Moss for Steam or Oculus Quest!

Being a silly human, I can’t say I’ve ever experienced what it’s like to be a cute little four-legged creature. Imagine scurrying around the forest solving puzzles and stabbing bugs instead of going to work and sitting in traffic all day! If only there were some sort of augmented reality through which we could experience such a specific scenario…

Oh, there is. We’ve got some copies of Moss to give away for PC VR units so you can help that cute little mouse do her work instead of doing your own. Come win one!

Check out Jordan’s glowing review if you need any convincing, but rest assured Moss is a one-of-a-kind VR experience. The game recently launched its add-on content, Twilight Garden, to give players new areas to explore, puzzles to solve, and bugs to poke! Read some press material on it:

In Moss, players guide a young mouse hero named Quill, while also manipulating the field of play as their own character. Together you embark on an epic journey to save Quill’s uncle. Along the way, you can now discover portals to the strange and vibrant Twilight Garden. Here you’re tested in new ways as a mysterious presence prepares you for the dangers ahead. You’ll explore vast chambers, discover unique weaponry, and face a new realm of puzzles and enemies. Success will require mastery from you both, but if achieved, could change what’s believed possible for a partnership of your kind.

Who doesn’t love storybook tales like this? Aliens, that’s who. Stay off our planet, aliens!

To enter to win your copy, use the widget below to leave your name and email address. You can enter daily. Be sure to specify your platform, too. Follow Dtoid, PC Invasion, and Polyarc on Twitter for bonus entries, and share with your friends to really impress me.

We have ten Steam copies (compatible Vive, Rift, Index) and ten Oculus Quest (fancy!) keys to give out between Dtoid and PC Invasion. Winners will be drawn Monday, July 15.

Moss is now available to purchase digitally and physically.

Contest: Both mice and men can enjoy a free copy of Moss