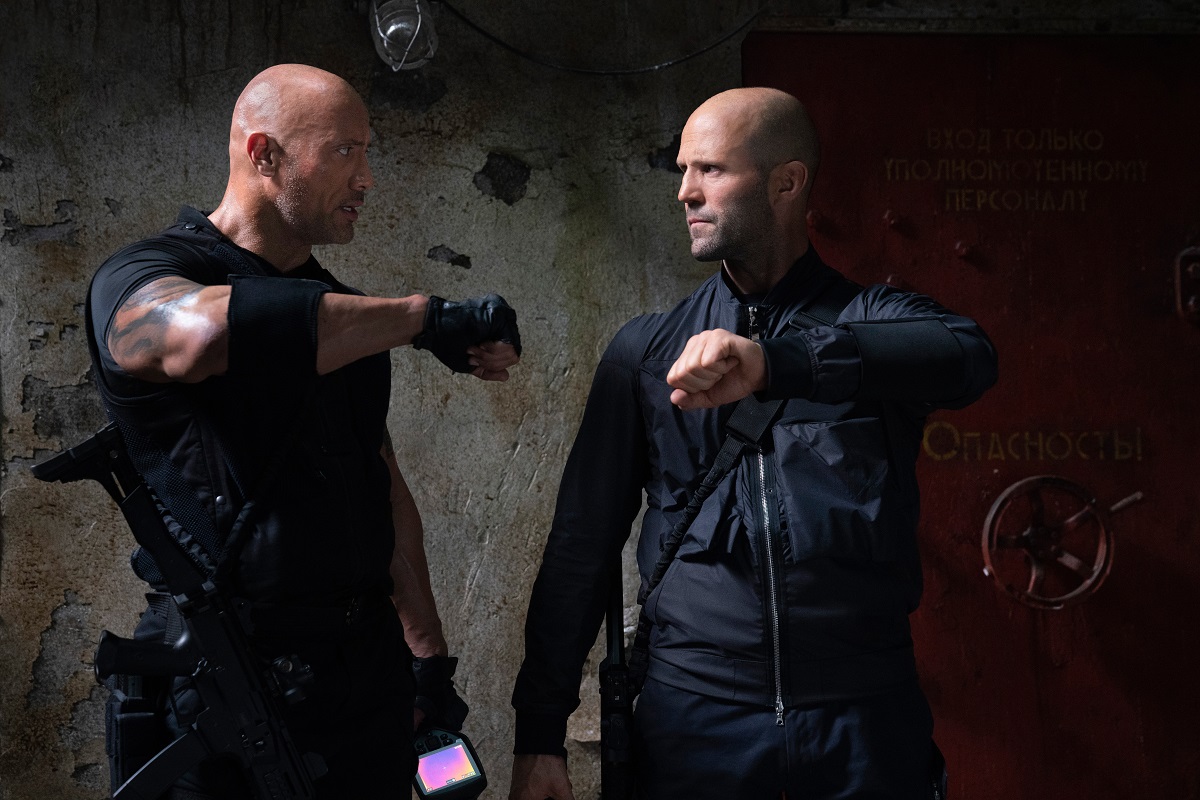 Today’s contest puts a Blu-ray copy of Hobbs & Shaw up for grabs!

I think I watched the first three Fast & Furious movies, but lost track somewhere around Fast & Furious in Space 2. They’ve really made a lot of those movies at this point. The good news is, they’ve embraced the full-on action aspects of the whole thing and actually look like a really good time, these days.

Someone sped off with my ability to summarize movies, so I’m going to paste in some press info and get over into the merge lane.

For years, hulking lawman Luke Hobbs and lawless outcast Deckard Shaw have traded smack talk and body blows. But when cyber-genetically enhanced anarchist Brixton Lorr (Idris Elba) gains control of an insidious bio-threat that could alter humanity forever, Hobbs and Shaw must partner up to bring down the only guy who might be badder than themselves. Joining the cast as Shaw’s sister Hattie, Vanessa Kirby.

To enter to win, use the widget below to leave your name and email address. You can enter daily. For bonus entries, follow Dtoid and Flixist on Twitter, and share our contest post with your friends.

While you’re waiting, which Fast & Furious movie is your favorite? Tell us all about your favorite movies, scenes, moments, or cars. Oh, so many cars.

We have one Blu-ray copy to give away between Dtoid and Flixist. Winner will be drawn Monday, November 11; you must have a United States address to win.

Hobbs & Shaw is available on digital storefronts, and wherever movies are sold.

Contest: Be fast and win Hobbs & Shaw, or you’ll wind up furious

Filed under... #Blu-ray#Contest#Film or TV