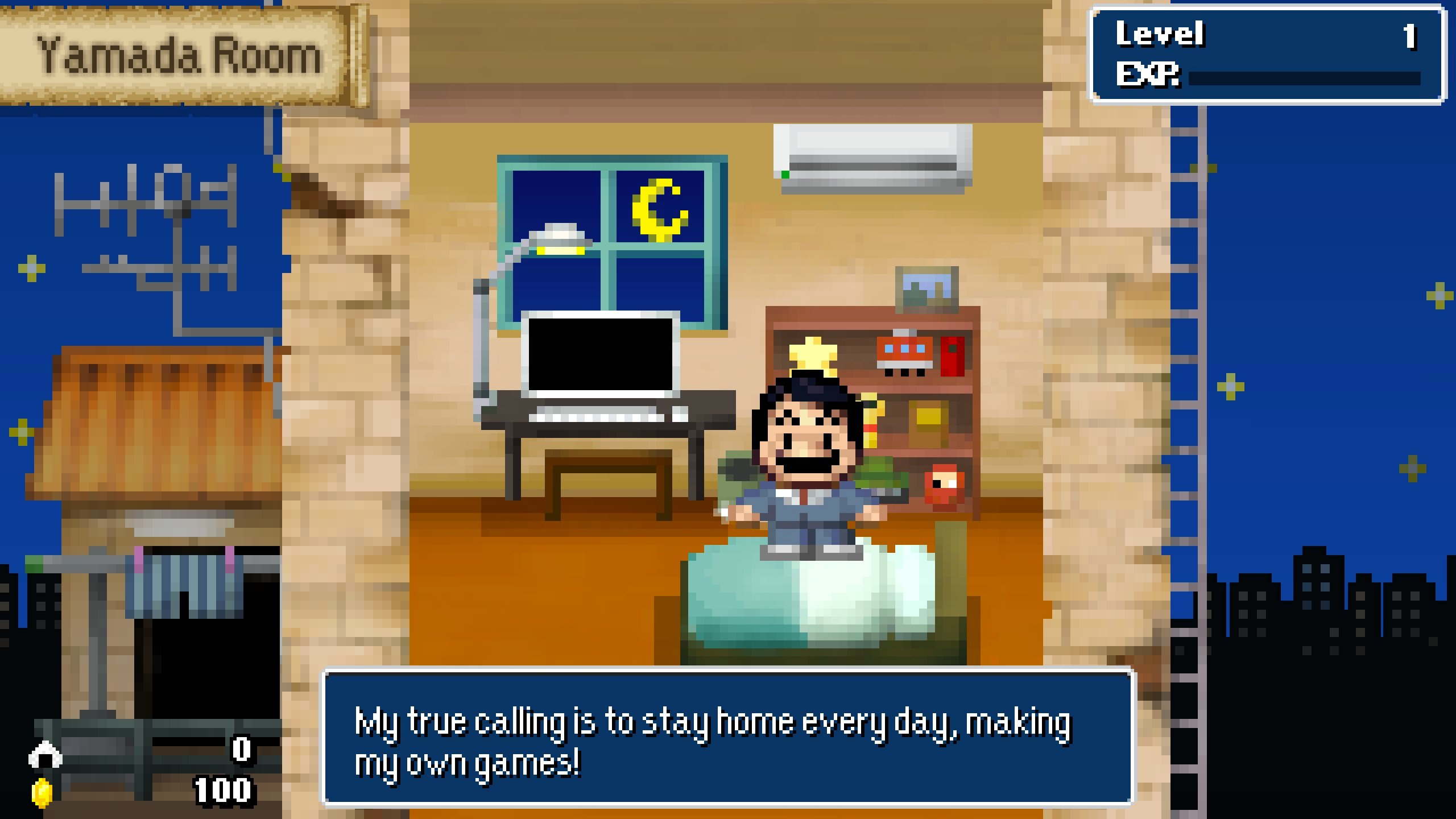 Feelin’ fine and dandy, I am

The digital future sure is scary. Back when everything came on a disc or cart, they were there forever. Nowadays, if something gets its digital plug pulled you’re pretty much boned. This was almost the fate of Dandy Dungeon: The Legend of Brave Yamada when its servers were shut down some years ago. Luckily, the game came back on Switch, and now it finally gets a release on Steam.

So to celebrate, we’re giving away some PC copies so you guys can experience this truly unique and funny game. Huzzah for things almost going away but then coming back!

36-year-old Yamada is kinda weird. He’s also kinda burnt out from his job of making video games for big companies. So he decides to stay at home in his underwear and makes his own game, instead! After he meets his [kinda creepily much younger] neighbor, Maria, he decides to make her the damsel in distress — and himself the hero. This is where you come in. As the player, you must test out the dungeons in Yamada’s games in this hybrid of puzzle and roguelike games. Because why the hell not?

CJ’s writeup on the Switch port actually made me spend my own money on a copy! That’s pretty rare, folks. So you know there’s something magical about this one.

To enter to win a copy, comment below telling us something lost to the digital purge. Is it a game? A movie? A funny video? Life was so much easier back when you could go to a store and actually buy stuff, wasn’t it?

We have three Steam copies to give away; winners will be drawn Thursday, December 12. Make sure to comment using a Dtoid account with your current email address on file. New to Destructoid? Sign up here to comment and wax nostalgic with us.

Dandy Dungeon: The Legend of Brave Yamada is available now on Steam. Hit up PC Invasion for more chances to win!