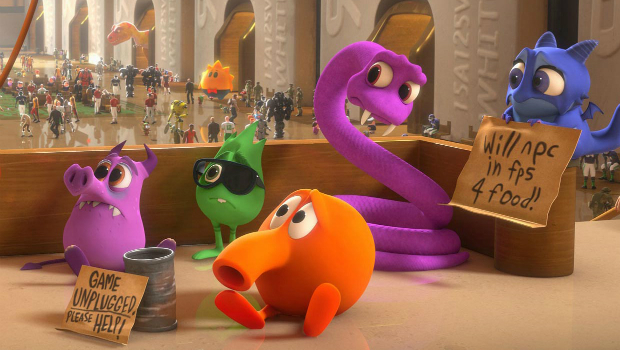 See the movie before all your stupid friends!

[Update: Contest over! Winners will be notified via Twitter PM ASAP.]

You’ve seen the trailers for Wreck-It Ralph, right? You saw them and you said, “Finally, a movie where every single videogame character I grew up with is in the same film!” Then you thought about how much you wanted to see it and decided that you would. But then you remembered that tickets to the movies are crazy expensive and you’d have to get popcorn, and probably a soda and some candy. And that you’d also have to pay for parking, and then there’s the extra cost to get your tickets online. By the time you’re in the seat for the theater you’ve taken out a loan on your house and had to sell your car. Better scratch the idea of seeing Wreck-It Ralph in theaters, right? Wrong! Destructoid and Flixist to the rescue!

We’re giving away tickets to early screenings of Wreck-It Ralph across the country! That’s right, free tickets to what looks to be one of the best movies involving videogames ever! (OK, not a hard pile to climb on top of, but it still looks awesome.) Want an admit-two pass? Check out the list of cities we’ve got tickets for below and the dates! If you can make it to a screening just follow @Dtoid and @Flixist and toss this up on Twitter:

RT and follow @Dtoid and @Flixist for a chance to win @wreckitralph tickets! (YOUR CITY) https://tinyurl.com/cr8r7w4

It’s that simple! You have until Monday, October 22nd at noon Pacific to enter, and please don’t forget to add your city to the tweet so we know which screening you’re trying for. We’ve got a limited number of tickets, so act fast!