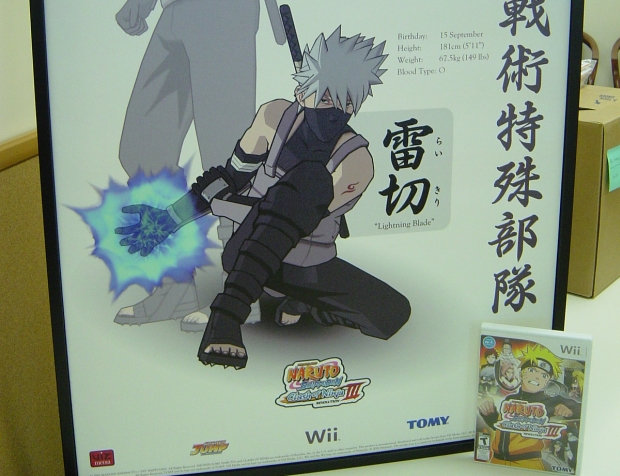 Well, are you? We want you to take a picture of yourself in front of whatever Naruto product you own. Whether it be clothing, DVDs, videogames — even taking a picture of yourself in front of a computer screen with something from Naruto on it is fine. Whatever picture you take, it must have something Naruto related in the image and there has to be some kind of sign or image that says Destructoid.com. No photo editing is allowed unless you want to create an animated gif.

You have until Sunday, November 22 11:59PM CST to submit your photo in the comments below. Contest is open to US residents only. We’ll be picking the six biggest Naruto fans who will each be receiving this prize pack courtesy of Tomy Corporation:

Make sure you use BBCode when submitting your photo ([img]picturename.jpg[/img] and that the image is no wider than 620 pixels. Good luck!