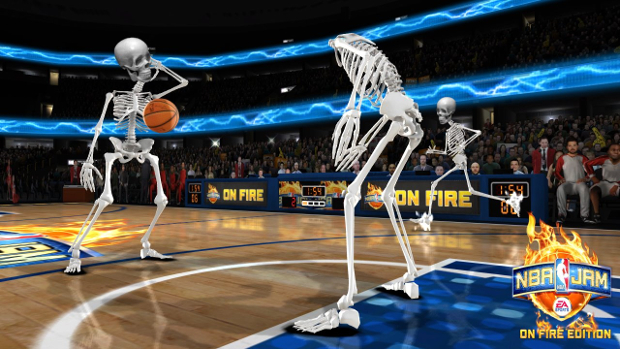 If you’ve ever had some bogus shenanigans go down in a sports game — maybe Mark Sanchez threw a pass to the intended receiver instead of an opposing DB or Matt Cain missed his change-up location — I’m here to tell you now and with definitive proof: the game designers are out to get you.

NBA Jam (boomshakalaka) lead designer Mark Turmell recently spoke to ESPN about the seminal sports title. Read the full interview. It’s good. When pressed about the urban legend of the Chicago Bulls’ Scottie Pippen’s stats going down depending on which teams he faced, Turmell crumpled like a Dixie cup in a trash compactor.

It’s true, but only when the Bulls played the Pistons. If there was a close game and anyone on the Bulls took a last second shot, we wrote special code in the game so that they would average out to be bricks. There was the big competition back in the day between the Pistons and the Bulls, and since I was always a big Pistons fan, that was my opportunity to level the playing field.