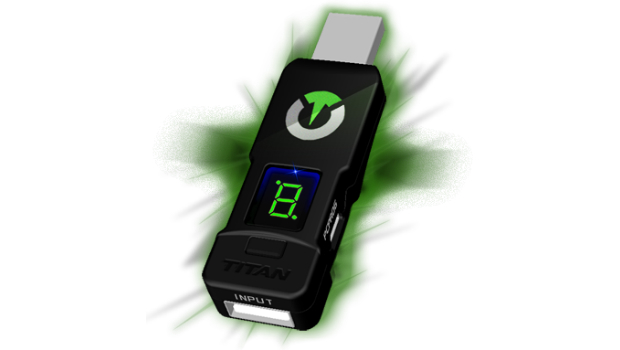 Or vice versa, if you’re crazy

Incoming bias! Prior to the DualShock 4, I’ve never been a fan of Sony’s controllers. My thumbs always bumped against each other when I circle-strafed, my fingers slipped off the convex triggers and thumbsticks, etc. We just never saw eye-to-eye. So when a device like ConsoleTuner’s Titan One came across my imaginary desk (because I actually just have my computer sitting on a cardboard box), I was intrigued.

I’ve been playing around with the Titan One a bit lately, and in my testing (the aforementioned 360 controller plugged into the PS3) it works exactly as advertised; just plug, and play. And this works for any combo you can dream up on any of the supported devices: PC, Xbox 360, PS3, Xbox One, and PS4. (So you could also, say, plug a DS4 into your Xbox One. Or an Xbox 360 controller into a PS4. Etc.) And for those who want more out of the device, there are a bevy of new features that have just been added:

For the full rundown of the new features, including more info about the mod-ability options, click here. And to enter to win a Titan One for yourself (oh, and a PlayStation 4 Destiny bundle to go along with it!), click here!