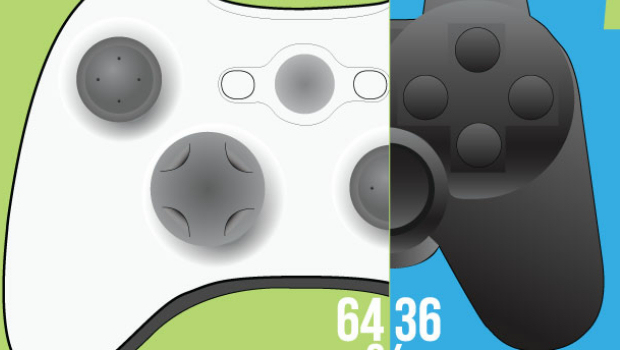 As this generation draws to a close, literally everybody is asking who “won” the battle between the Xbox 360 and PS3 (nobody includes the Wii because that wouldn’t be sporting). With that in mind, here’s a delicious little infographic from Visual.ly that breaks down the battle and comes to the conclusion that …

The Xbox 360 defeated the PS3 this generation. Just barely.

This chart, hungry as it is for fanboy tears, is by no means perfect. It uses information from the horribly unreliable VG Chartz, but the rest of the info seems to come from solid sources. At any rate, it gives you a pretty decent overview of where the 360 and PS3 are roughly at.

Of course, nobody cares about that, because this is a console war and facts are for losers. Feel free to disregard any and all data before calling the guy who made it an “Xbot” and asking how much Microsoft paid him to do it. Many have done so already, because that’s what war is good for.