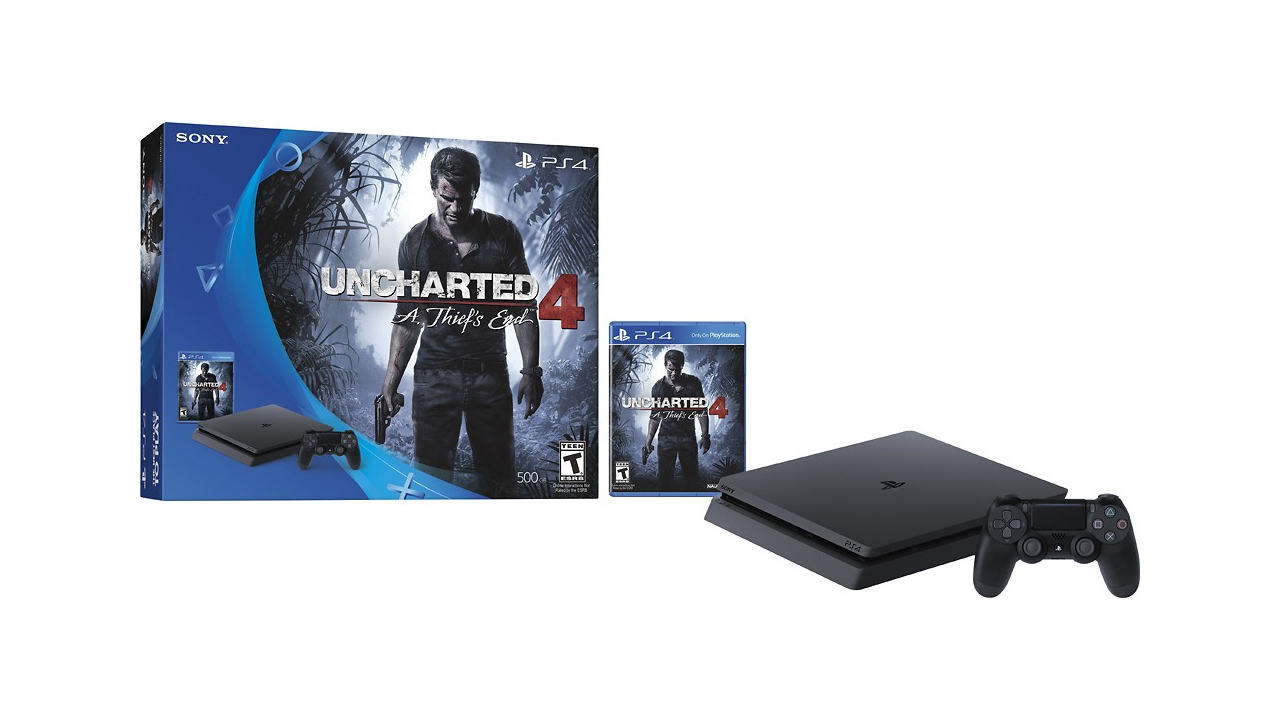 The PlayStation 4 Slim released last week and already we’re seeing some okay deals for the newly-minted Uncharted 4 bundle. Right now on eBay deals, you can pick a unit for the standard $299 list price plus an extra controller thrown in for good measure. While the retailer isn’t specifying if this bonus controller is the updated DualShock 4 controller, we’re pretty sure it’s the older model from the looks of things. Either way, it’s an extra freebie and a decent pre-holiday-rush deal.

For the Xbox One, if you absolutely don’t care about the Xbox One S, there is an old Xbox One Kinect refurbished model on sale for only $210 at Groupon after coupon code FIRST (coupon exclusive to new Groupon accounts). For good measure, Groupon is also throwing in Halo 5: Guardians Limited Edition as an extra freebie (worth $30 to $40).

In terms of the Xbox One S, Walmart still has its bundle special for the 1TB Madden 17 package with a free 4K movie and extra wireless controller for $349. The cheaper 500GB Halo bundle with these bonuses sold out last week, so we suspect this deal on the 1TB Xbox One S is on its last legs.

If none of these deals strike your fancy, check back in a few weeks as we post the next round of console deals, or simply wait until late November for those Black Friday and Cyber Monday specials on PlayStation 4 Slim, Pro, and Xbox One S.