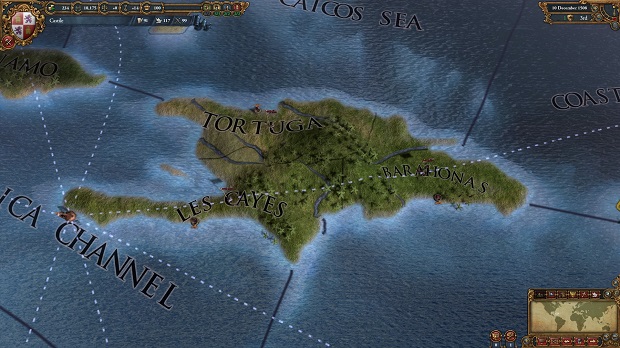 Find the new World in this expansion due out in December

Despite having a slim grasp of history, Fraser Brown’s review of Europa Universalis IV really intrigued me. In it, he says that Paradox has made this latest edition really user-friendly and approachable to “the grubby masses.” Today, Paradox announced a new expansion entitled Conquest of Paradise that will take players from Europe to the New World.

What’s interesting about the way Paradox is implementing the discovery of the Americas is that the player will have the option of the landmass being randomly generated. You’ll also have the ability to play as the Native American tribes and create their own empire all across North America.

It’s a neat twist. Part of the problem of historical setting is that some of the excitement of exploring and actually adjusting your strategy as you find a new landmass is almost zero. We know the layout of the continents already, so it’s cool to see Paradox doing something new. Conquest of Paradise will be available later this year on December 11.