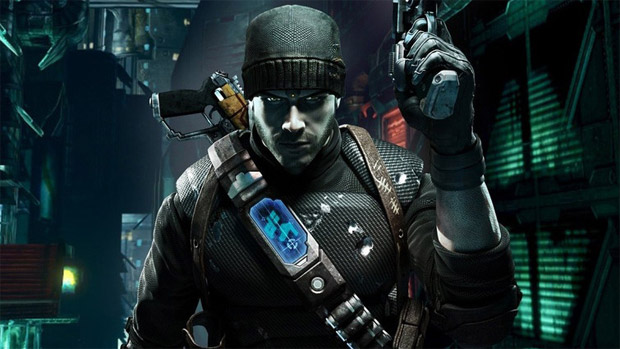 Well you certainly could have seen this one coming. During an interview with Pete Hines, the Vice President of Bethesda, CNET confirmed that the long elusive and troubled development of Prey 2 has come to an end.

Taking place at PAX AUS, Hines opened up about the development of the game, citing difficulties in its creative development.

“It was game we believed in, but we never felt that it got to where it needed to be – we never saw a path to success if we finished it,” Hines said. “It wasn’t up to our quality standard and we decided to cancel it. It’s no longer in development. That wasn’t an easy decision, but it’s one that won’t surprise many folks given that we hadn’t been talking about it.”

Announced back in 2011, the sequel to the 2006 FPS alien invasion title planned to bring things to a brand new setting, along with new gameplay and an open world to explore. After a well received showing at E3 and other press events, there was a lot of buzz about the potential for the game. But after its 2011 showing, things seemed to take a turn for the worse. Rumors of it being cancelled were sent into the wild, which was vehemently denied by Bethesda.

Soon after, news of its developer Human Head Studios being dropped from the game began to circulate. After a confirmed ‘limbo’ status from the developers, leaked emails between those at Bethesda sprang up a year later about Arkane Studios Austin being brought on to revive production. Of course, these rumors were also denied.

But now, we’ve finally learned the truth. Three years after its announcement, Bethesda has pulled the plug on the project. Though Hines never confirmed whether Arkane Studios was on the project, he did clarify Human Head’s involvement, and expresses hope for the future of the franchise.

“Human Head Studios is no longer working on. It’s a franchise we still believe we can do something with — we just need to see what that something is.”

I remember watching the trailer with glee. I loved the world they created and I was excited to explore it. But it just wasn’t meant to be.

Are you surprised to hear the news? And were you one of the many still holding out hope for the title?