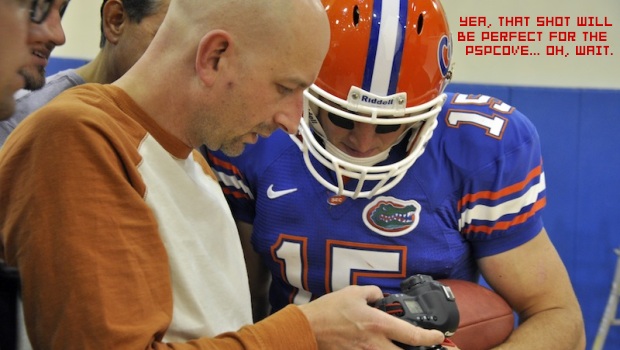 For those looking forward to college football on their PSP this year, you are going to be disappointed. IGN has confirmed that NCAA Football 11 will not be landing on Sony’s portable gaming machine. EA doesn’t really cite any reasons for this, but why don’t we just guess that it has something to do with poor sales of NCAA Football 10 on the system.

If you want to jump into the helmet of your favorite college football player while riding the bus any time soon then you’ve only got one option now. The iPhone and iPod Touch are having the game released on them as Madden was last year.

It’s just sad that Tim Tebow has one less box case to show up on now. Unlucky in box art, lucky in finding an NFL team that really wants to draft you?

NCAA Football 11 not coming to PSP [IGN, via Kotaku]