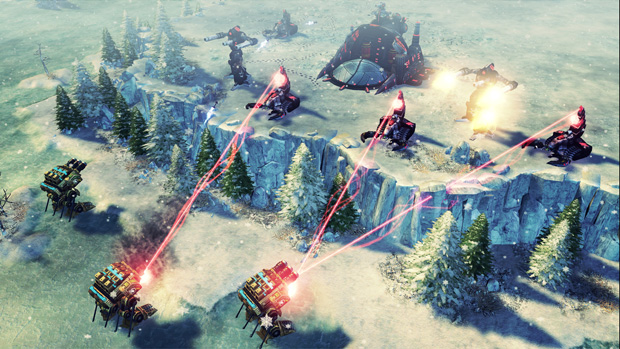 In the future, wars will be fought with machines designed by guys who love them some Transformers. If Command & Conquer 4: Tiberian Twilight is an accurate portrayal of the future, that is.

In this set of new screenshots taken from the game’s multiplayer, we get to finally see the oft-rumored snow level. It’s confirmed, guys. Based on the file names for these saucy .jpgs, I can only assume the map shown is called “Arctic.” Or not.

I guess we’ll have to wait until March 16 to know for certain, which, jeez, is still a long way off.

Filed under... #Command and Conquer#Gallery