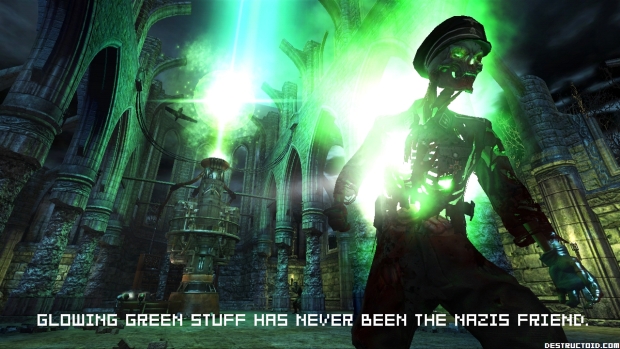 If there is one thing you know you will be able to do in a Wolfenstein game it’s kill Nazis good and dead. Now the new Wolfenstein heading our way has plenty of fresh and new ways to kill Nazi’s dead that usually involve somehow disintegrating their bones using weapons of the occult. The question is how do you explain to the gamer that B.J. Blazkowicz is a Nazi killing badass who will do all of this. With an opening cinematic of course.

The clip runs like any good WWII action clip should. First the Nazis get tricked, then they get shot, then they get beat up and then they get melted by an ancient glowing artifact. Happily, this is the Nazi’s lot in life and it seems B.J. Blazkowicz is perfectly suited for delivering it to them. The only question I have is if B.J. has this power in the opening cinematic why doesn’t he have it in the levels we’ve played?