When I think back to the Xbox 360 launch, a few games immediately come to mind: Kameo, Project Gotham Racing 3, and Perfect Dark Zero. You had to take what you could get in late 2005 and hope your console didn’t red ring. Mine was dead before the new year.

It wasn’t until a few months later that I tried Monolith’s Condemned: Criminal Origins, another early Xbox 360 title. I’m so glad I did. I found the game to be more creepy than outright scary but remember thinking it was money well spent. I liked it well enough to buy the bizarre sequel (which I enjoyed mostly thanks to a memorable scene involving a certain bear).

Just in time for Halloween, I decided to try out the PC version of Condemned to see how it holds up. It’s only $3.73 on Steam right now, if you’re thinking of doing the same.

You play as Ethan Thomas, an agent working for the FBI’s Serial Crime Unit. He tracks serial killers and, early on in the game, is framed for the murder of some policemen while on the job. Now he’s got to find the elusive man responsible, the so-called Serial Killer X, to clear his name.

As if that weren’t enough to deal with, vagrants have become hyper-aggressive for reasons that are eventually explained (but not really), and you’re going to need to smash a whole lot of ’em on your journey to find the true killer. I could elaborate, but the plot isn’t all that important — it’s a way to get you from one beat-up building to the next for five or six hours.

Now, I don’t typically think of horror games as being fun, but Condemned‘s combat is exactly that. All these years later, it remains one of the highlights. You can rip nail-covered boards and pipes straight off the wall and go to town on creepy homeless men who love being creepy. You’ll swing and block — and they’ll swing and block, too — until only one of you is left standing. I kept inadvertently bobbing my head in real life during these brawls.

Condemned tries to heighten the tension by having distant enemies run across the screen and off to some hiding place where they’ll wait, patiently, before attacking. It’s unsettling the first couple times but eventually becomes almost funny (also predictable and easily exploitable) when they shuffle out of sight. Sometimes, you can even see an arm sticking out from behind, say, a pillar — it’s like a haunted house. Inch closer until you hit the trigger point and they pop out. 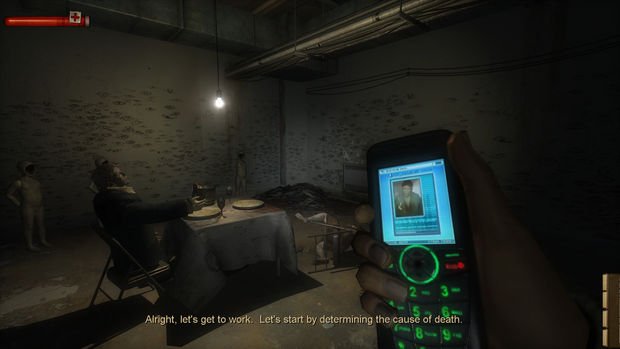 Once you realize how effective Ethan’s taser is (which is to say extremely), most of the hobos, fucked-up-looking as they are, become even less intimidating. The way electricity makes them scream is just plain silly. But I say most, not all, for a reason — several are terrifying, taser or no. There’s these skinny people who crawl around in vents that just aren’t right, man and one of the levels, set in a decrepit department store, is full of mannequins — some living, some not.

Guns are also present, but they have limited ammo and half the time you’ll need to exchange them for a specific melee weapon — an axe or a sledgehammer, for example — to get through an otherwise inaccessible door. Mildly annoying that you can only carry one weapon. I guess Ethan ran out of room what with all the heavy high-tech gadgets he’s got under his jacket.

Occasionally, he will need to use one of the tools at a crime scene. The novelty of these sequences quickly falls flat since you’re often doing the same basic thing: finding blood, or fingerprints, or whatever it is and taking a photo. There’s no real puzzle solving. The data you collect gets sent via cellphone to an off-site forensics investigator, Rosa, who instantly, magically knows what it all means and sends you to your next location. Works for me. 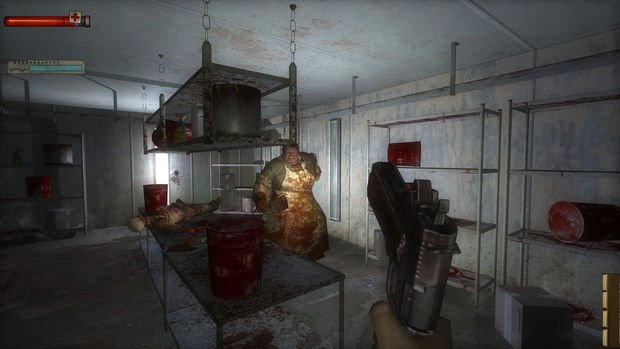 There are some minor annoyances — laughable dialog and cheesy flashback sequences, unnecessarily confusing level designs, enemies with inconsistent health — but on the whole I continue to dig Condemned. Ethan is possibly the slowest-walking videogame protagonist I’ve ever controlled, but we’re none of us perfect. This is still worth playing if you’re okay with a horror game that will put you on edge more than it’ll genuinely frighten you.

But before you rush off to grab the cheap PC version, note that there’s a compatibility issue with Logitech G series keyboards and mice that causes the frame rate to plummet. Sure enough, it happened to me and almost made me quit. Thankfully, there’s an easy workaround.

As a bonus, I’ve included a big gallery of screencaps from my playthrough. It’s by no means a definitive look at Condemned but there are screens leading up to and including the ending.