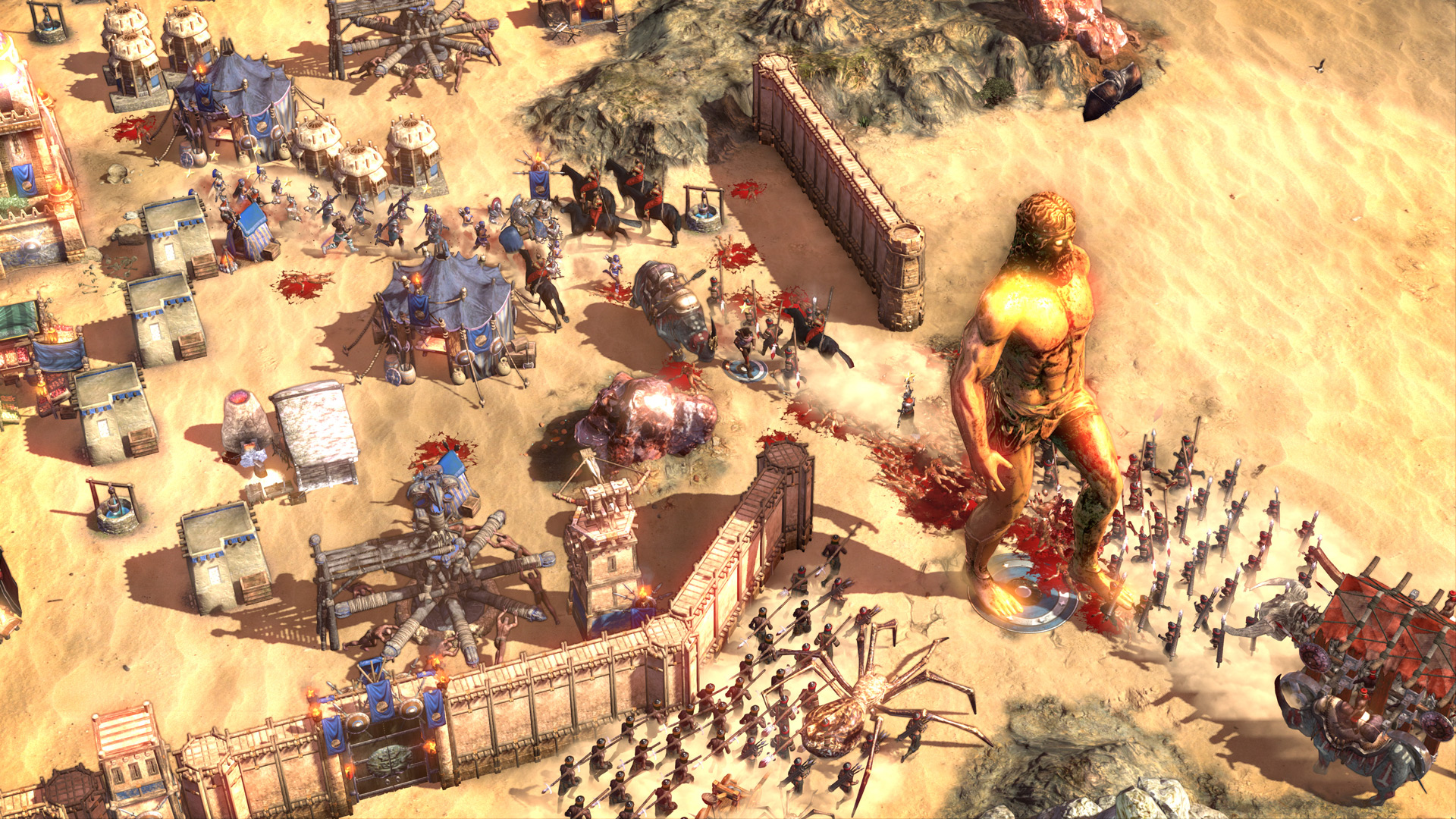 Build an unbeatable base

Real-time strategy developer Petroglyph is taking a page from They Are Billions for its next project, a defense-oriented Conan the Barbarian game called Conan Unconquered. It’s coming to PC next year.

Players will need to balance resources like food, wood, and iron while assembling a fortress capable of withstanding the hordes of Hyboria. They’ll also need to watch out for spreadable diseases.

To have a fighting chance against the endless invading forces, commanders will be able to lean on hero units (like Conan) that can “greatly influence the outcome of battles.” Or you could build a temple and hope that the gods heed your call. A towering avatar sure could make a mess of the battlefield.

Conan Unconquered is a real-time game, but you can pause the action to “issue commands and start construction of new buildings.” The best part, though? Two-player co-op. You and a trusted friend can share a base. For folks like me who aren’t particularly competitive in RTSes, that’s much appreciated.

I’m expecting a fun little Conan the Barbarian spin-off. No more, no less.