‘80% of the players should just go from non-stop dysentery’

I don’t make it a habit to see every single one of Conan O’Brien’s Clueless Gamer segments — some of them come across as too forced — but with actor Terry Crews guesting on this Battlefield 1 segment, I had to watch. Had to! Crews is just so endearing and as he mentions in the intro, he built a gaming PC this year to get closer to his son (here’s one of the many feel-good videos to come out of that project).

Conan had heard of Battlefield 1 before and was “genuinely excited” to try it, presumably given his interest in history. After going through the rather great opener in which you take control of numerous soldiers who inevitably succumb to the battle, Conan related the experience to a game he knows well.

“This is like a Pac-Man where after you eat the dot, they tell you when the dot was born. They show you a picture of the dot’s mother, and then they tell you that the dot had a little child dot that it’ll never see again. And then they play that sad music.” The cure for sadness? A bunny break! 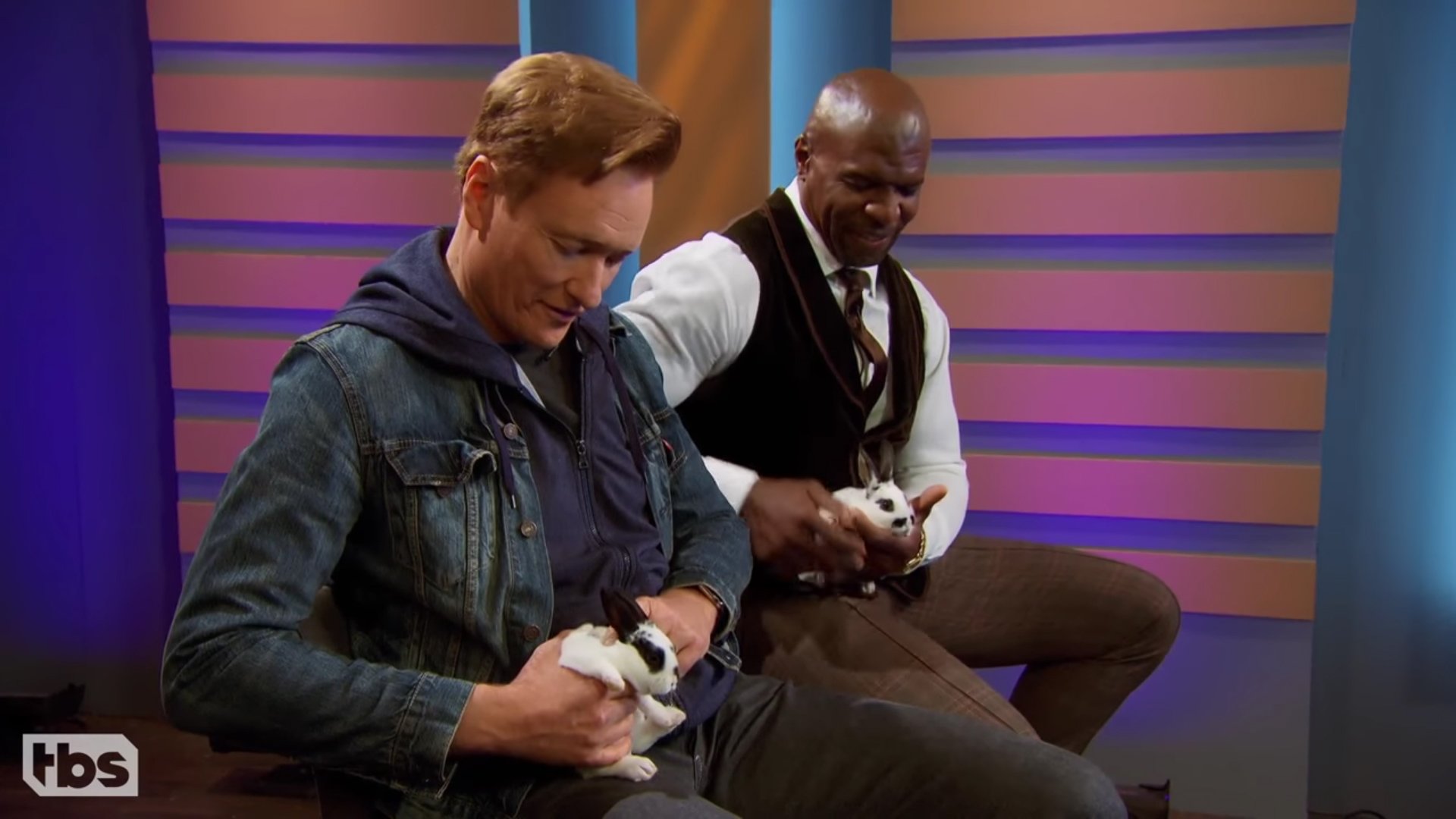