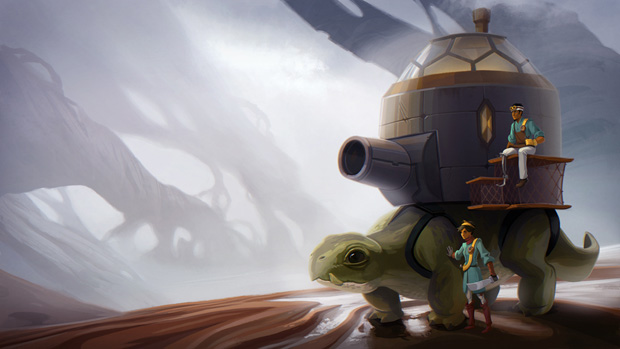 That’s even cooler than the turtle-tank

There’s really nothing more that needs to be said about Defender’s Quest II: Mist of Ruin for me to be interested in it — that’s how much I liked the last game, which remains one of my favorite tower-defense titles. Today’s news, then, is total icing on top: renowned Final Fantasy composer Nobuo Uematsu has joined the project! What a pleasant surprise.

He will be collaborating with the composer of the original game, Keven Penkin, for the Defender’s Quest II soundtrack. From what I’ve heard about the sequel, its story will be a terrific fit for Uematsu’s music. I’m expected everyone working on the game — including animator Dean Dodrill, of Dust: An Elysian Tail — to absolutely nail it. They haven’t let me down yet.