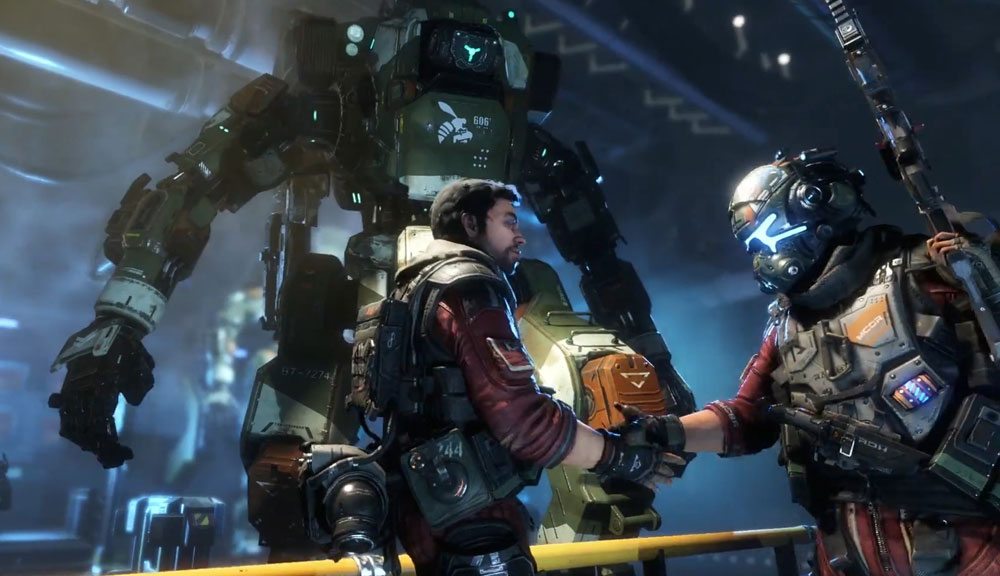 Hoping for a Terminator 2

Better than the original? That’s what EA is hoping for in round two with Titanfall 2. Thus far, early reviews and impressions are positive and aggregate sites peg it at a 88/100. If you’re a diehard Titanfall fan even when the servers were slowly depopulating, this is the post for you. For everyone else on the sideline thinking about Friday’s release, we’ve rounded up all the Titanfall 2 deals retailers are dangling to entice a purchase.

There are currently six deals of note. GMG is pulling off an $11 discount to $48.99 on the digital PC Origin copy. On console, the Microsoft Store and Best Buy are tossing in $10 bonuses making a similar overall value to PC brethren. There may be a few more PC digital deals in the coming days, but it all depends on how flexible EA is with their distribution partners.

For those going the Xbox One route, the Microsoft Store is probably the best option. There you’ll get a bonus $10 Gift Code sent via email after purchase and you have two options to buy to get that bonus: physical or a download code. The code arrives instantly via email after purchase so you can begin pre-loading and start playing the moment Titanfall 2 releases. This deal at Microsoft works for both the standard edition and the digital deluxe.

Something else to keep in mind is Amazon’s bundle deal of Titanfall 2 game + Xbox One S Wireless controller + Cinch Sac. This “exclusive” at Amazon gets you the game along with the new Xbox One S wireless controller for $89, which is $31 cheaper than you could find them separately. If you need a spare controller, this is a good excuse to pick one up with Titanfall 2.

Going with a PlayStation 4 copy your best bet is Best Buy. There you’ll get $10 in “My Best Buy Rewards” if you’re a rewards member (free membership of course). If you want a discount, that can be arranged at Best Buy for a $30 fee in its Gamers Club Unlocked program. Paying the fee gets you 20% off Titanfall 2 at checkout which reduces the price to $47.99 for the Standard Edition and you still get the $10 in Rewards bonus.