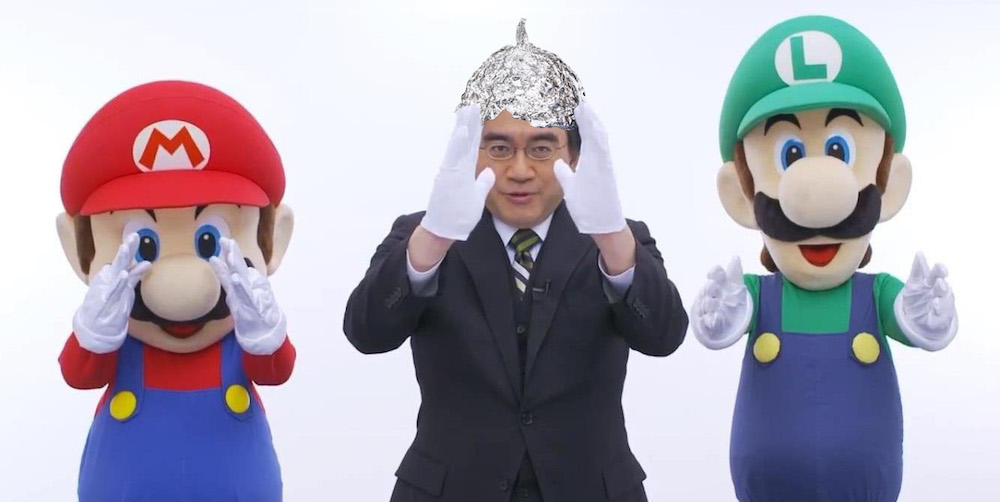 He’s not paranoid; he just doesn’t trust anyone

Wondering why Nintendo glossed right over the NX during its E3 presentation? Blame Nintendo’s competitors — Nintendo boss Iwata certainly does.

“We can’t talk about the NX,” Iwata said in yesterday’s investor call (according to NStyles and translated by Cheesemeister3k). “If we do, competitors may take our ideas and customers won’t be surprised.”

He also confirmed that support for the Wii U and 3DS would continue for the time being.

“This would not be beneficial for the company or its shareholders,” Iwata added. “The NX is new hardware, and will start from 0. However, the 3DS and Wii U have install bases. Immediately cutting off software for previous hardware upon the release of a new machine is inefficient.”

“We will continue making 3DS and Wii software while preparing for the NX. We are prioritizing satisfying customers who purchased the Wii U.”

This reinforces comments made by Nintendo of America boss Reggie Fils-Aimé during the E3 Digital Event that the company will not be talking about the NX until 2016.

If you missed Nintendo’s puppettastic E3 presentation (or just loved it so much you need to watch it again), head here, or catch up with our handy guide here!

Nintendo Quiet on NX Because Competitors May Take Its Ideas [IGN]