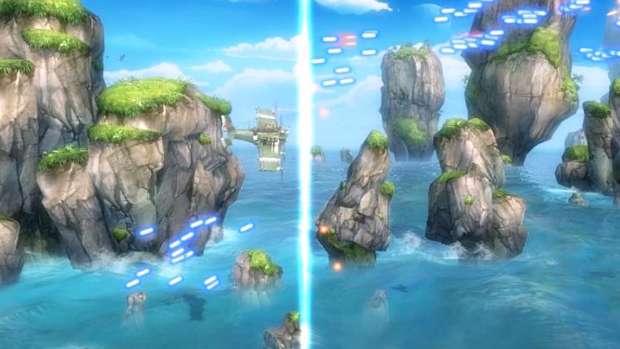 Here’s a lovely video we received for the upcoming collaboration between Digital Reality and Grasshopper Manufacture, Sine Mora. It gives a visual demonstration of what the difference is between playing Sine Mora at its normal difficulty and its “insane” difficulty.

Now, I’m looking at the normal stuff at about the halfway mark and thinking that I could probably manage it. Then there’s a starburst that looks like it would ensure my death and you can see the insane side has twice as many bullets in it. Looks like they’re keen to satisfy everyone’s shoot-em-up tastes, though when is anybody’s guess as no pricing or release date have been revealed yet.