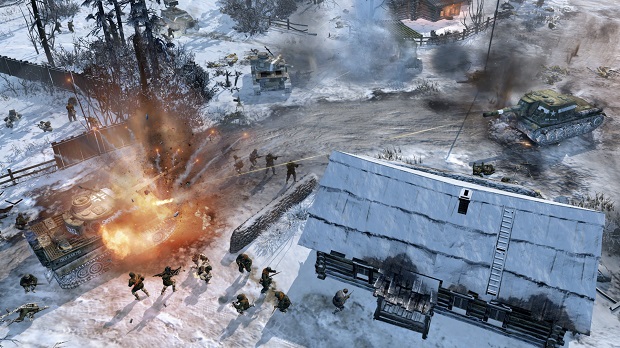 Whilst our own Joshua Derocher loved Company of Heroes 2, it has not gone down too well in Russia and Eastern Europe. Polgyon reports that the game’s publisher in those regions, 1C-SoftClub, has removed the game from sale, bowing to online pressure from fans and press in Russia and CIS countries.

Gamers have taken issue with the way the original Company of Heroes portrayed the Allied forces as a brave and honest force, while the game’s sequel has resorted to broad stereotypes that paint the Red Army in an unflattering light to say the least. Although developer Relic Entertainment was keen to point out the historical accuracy and eye-witness testimony it used in creating the game’s story, over 17,000 signatures in a petition to have the game removed from Steam have led to the game’s removal from sale.

Even though historical consensus is that the Eastern Front was a horrible place to be, it seems the broad strokes that Relic used in its story have left a poor taste in gamers’ mouths. Whilst I don’t think we’ll see CoH2‘s western publisher SEGA withdraw the game from sale, I doubt there can be work done to make the game more acceptable to Russian gamers. It would take a lot of time to re-do cutscenes and the structure of the missions.