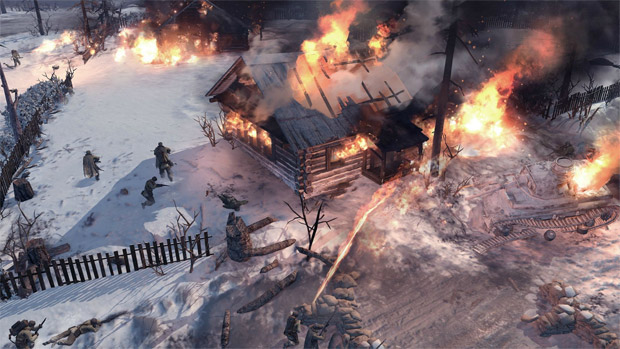 It’s nice to hear that Relic Entertainment is still plugging away at development on Company of Heroes 2. Leading up to the full June 25 release, the studio will soon hit the obligatory “closed beta” milestone. Open first on April 2 to those who pre-ordered CoH 2, the beta will eventually encompass “a wider audience” of players.

This’ll be accessible on Steam and includes six playable maps; 1v1, 2v2, 3v3, and 4v4 competitive multiplayer; and the option to play with an AI teammate should you not want to go it alone. I speak from experience when I say maybe at first, that’s not such a bad idea. Additionally, the beta allows the first 40 levels of game progression to be unlocked and customizable loadouts.