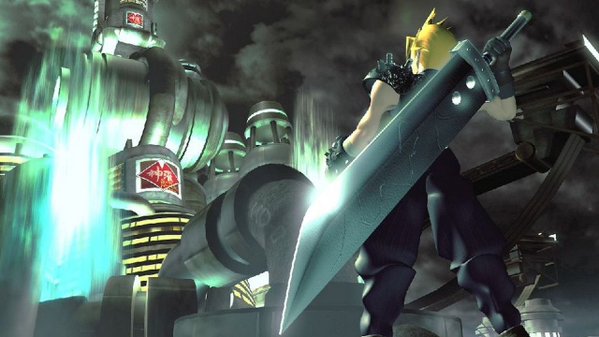 Are you ready for the Reunion?

Welcome to Community Replay! For a while now, I’ve wanted to open up a community “book club” of sorts that could also act as a companion or alternative to “Bloggers Wanted,” but one that goes in the opposite direction. Instead of offering up a specific topic that can be applied to a broad selection of games, this prompt will be about a specific game. The topics discussed regarding that game are entirely up to you, community bloggers.

You can talk about they gameplay mechanics, music, story, characters, lore, a game’s impact on you, or you can even write about how much you don’t like the chosen game. Anything goes.

Additionally, at the end of this and future prompts, a selection of games can be voted on for the next month’s prompt. The selection of games voted on will vary by themes chosen by our community team and I figured we’d turn to recent additions to the Smash Bros. roster to get the ball rolling.

Since Cloud Strife is the latest addition to said roster, I decided our inaugural Community Replay will be the evergreen topic of Final Fantasy VII.

News about Final Fantasy VII is everywhere right now. The PC version of the game was recently released on PlayStation 4, and, aside from Cloud getting into Smash, there is a remake for current-gen consoles in the works. You can even play the original FFVII on PS3, PSP, PS Vita, PS2 and PSOne. Additionally, FFVII has spin-offs in the form of Before Crisis, Crisis Core, Dirge of Cerberus, and the Advent Children film. Since those all exist in the same world, we’ll consider them fair game for this topic.

Simply put, Final Fantasy VII is like sand and it gets into everything. As such, let us return to Midgar — a world where an evil corporation is sucking the planet dry and where eco-terrorists have become heroes; a world where chocobos are bred for racing, and awkward dates and visits to the red-light district may occur. There’s also a silver-haired momma’s boy to deal with, but that comes sometime after Cloud puts on a dress.

Has FFVII’s story stood the test of time? Does it really need a drastic update? Did you really enjoy breeding chocobos? Who wore that sailor suit better — Barret or the Stay-Puft Marshmallow Man? Can you ever forgive Yuffie for stealing your Materia? 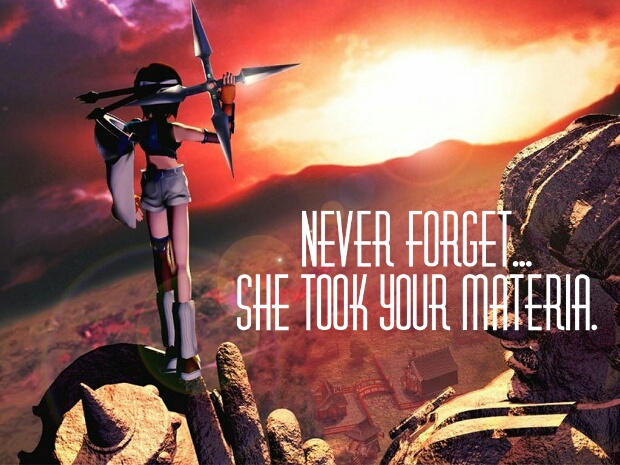 And did you ever make a trip to the bathroom while waiting for the Knights of the Round summon to finish? I totally did. There needs to be a trophy for that.

Get to blogging whatever your experiences and insights are and be sure to use “Final Fantasy VII: [Your title here]” in your blog title. Additionally, be sure to apply “Community Replay” in the tags so I can round up these blogs easily.

As for the vote on our February prompt, I thought we’d put a few games related to Smash DLC characters up for the vote, so our choices are Fire Emblem: Awakening, Street Fighter IV, and Bayonetta. It gives us a nice mix of genres to choose from and all these titles have a fair bit of availability and tenure.

See you in the community blogs and be sure to vote!