BONUS GAME: Think up a good caption for the header image and get a mention in COTY: Part 2!

LOL: The Special Brew Santa ads aren’t quite as magical as the Coca-Cola ones.

WUT? Mommy, why is Santa nude and thirsty?

From Realistic Street Fighter 4 Art is Creepy and Awesome 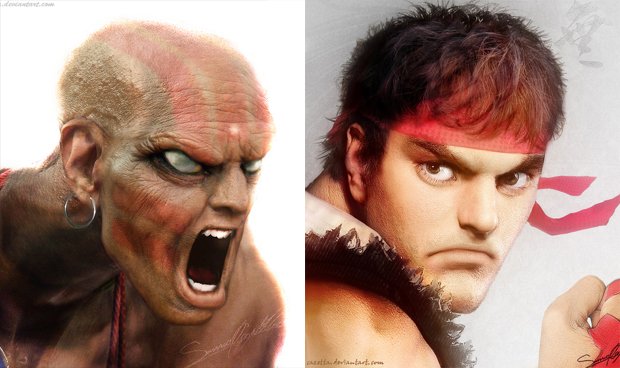 This comment is so astute, that it was like RichardBlaine reanimated Oscar Wilde and Winston Churchill, force fed them the last 20 years of the history of 3D videogames, and got them to co-write his comment.

From : Indie rock band The National lend song to Portal 2 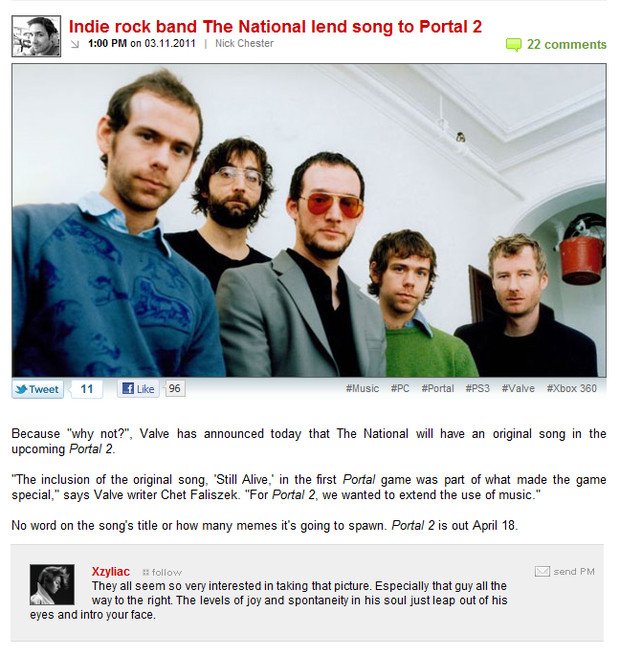 It must be great to be in a rock band like them. Just great. 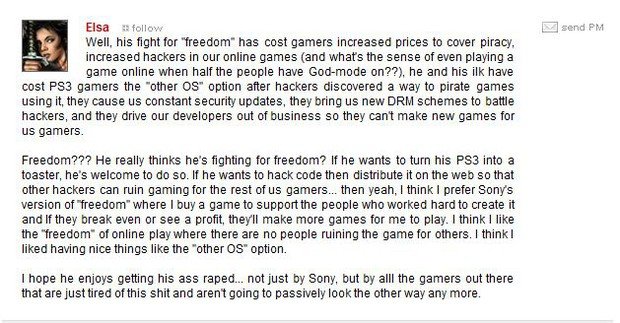 You may agree. You may disagree. You can’t argue against the passion.

From: The Chronicles of The Traveling Brournal

The Bear King hassles strangers in the street and asks for their Post Count. No fake.

From: Guilty Pleasures: Games You Like that Everyone Else Hates

I have to say I liked it too. I played it on the GameCube, so there’s a double-whammy of underrated for you.

From Nintendogs blamed for vicious dog attack
From the article…
Megan Walker turned on her DS to play Nintendogs, and when the virtual dog barked, her friend’s bull-mastiff responded to the sound by attacking her. 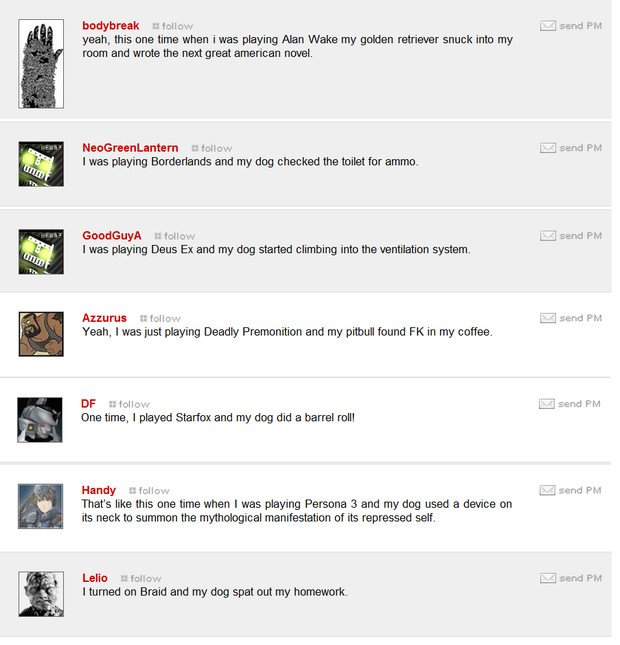 That’s a bit like the time I played Portal, and my dog didn’t get any cake.

From: I Am Alive now a PSN/XBLA title, out this year

Eating penises and committing suicide? Surely it’s the only thing those Jackass boys have yet to do…

Remember, your mom has been shipped in limited numbers, so be sure to pre-order early to avoid disappointment. 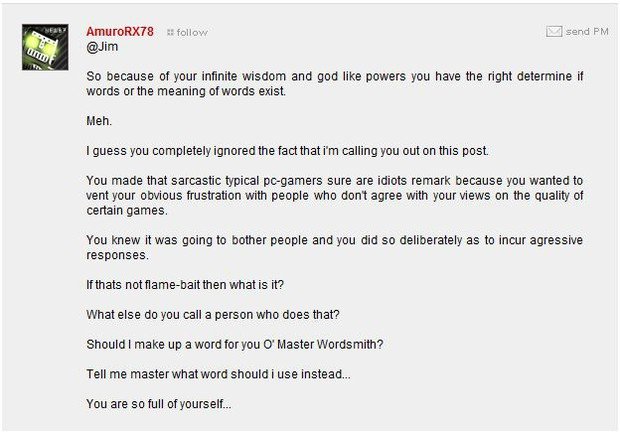 Come on guys, this is a videogames website! Let’s get serious here.

From: No Clip: Fallout New Vegas

At first it was funny, but you’ve got to admit it also looks cool. Like You’re reading an essay and have lots of space to write corrections.

From: Realm of empires 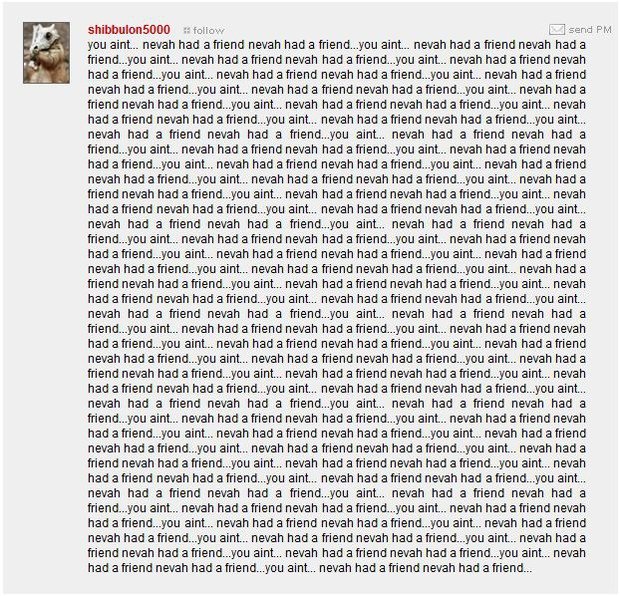 You had me at The Enemies: Europeans.

At first I was being a dick, and didn’t think nothing of it… I felt like I was on top of the world… But people began to notice me more, and not take kindly to me in general… But that was a long time ago, and things have changed, I know what i’ve done has been some what… But now, I share my food with the less fortunate… And am always ready to ‘fap’ any blog But don’t forget about a thing called karma From Skyward Sword ‘patch’ is an entire fricken Wii Channel

Oh mighty Cthulhu and his tentacles of merciless fury!

From: Survey: Gears of War 3 Most Anticipated Game of 2011

From Microsoft ran out of XBox 360s this holiday season 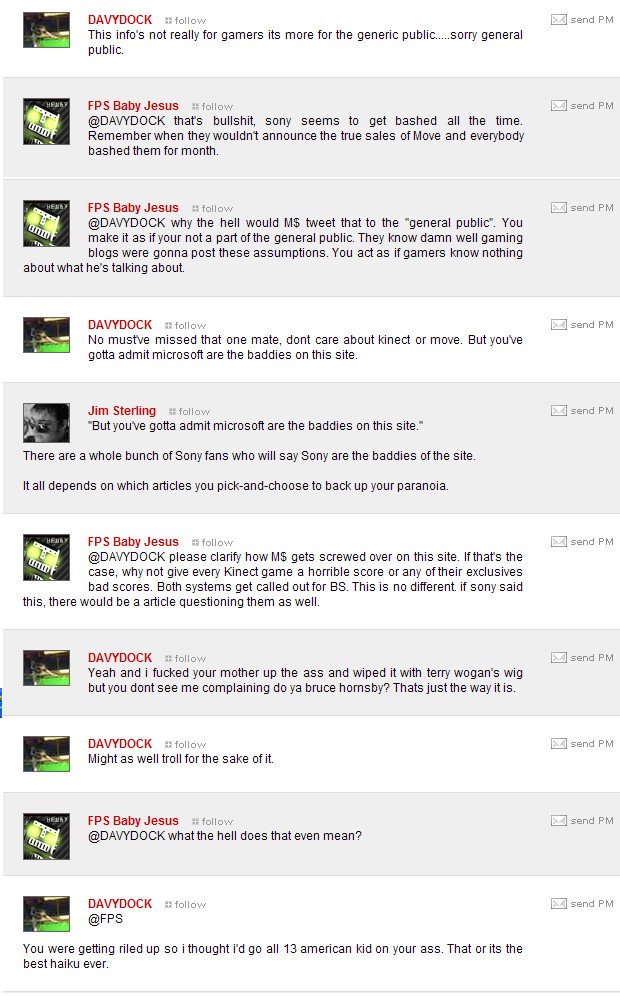 Remember kids; don’t do what Davydock did.

What did Davydock do? He drank paint kids. Don’t drink paint.

“The Bear King’s Knighthood of the year was never up for debate. In the year 2011, Sir Zombie Platypus (NO PLEASE <3) gave us all the magnificent Title Shots thread.” Aurain (aka The Bear King)

I’m off to roast my chestnuts on an open fire. See you next week (and next year) for Part 2 on New Year’s Day.