You’ll be amazed how many forum newbies ruin their cereal this way.

From Calling all Zelda fans 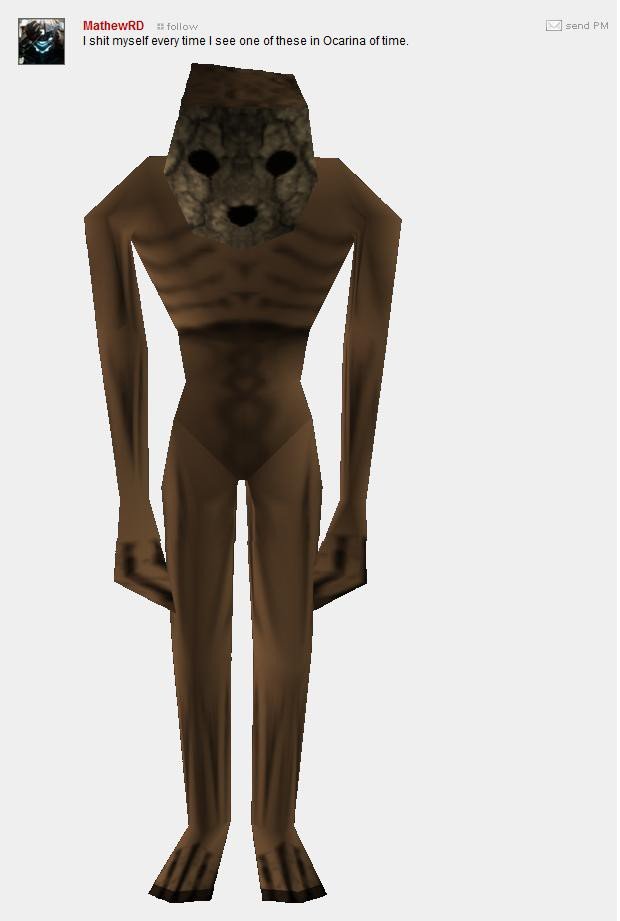 Hang on, I think it saw me…
*FREEZES IN PLACE, DISTANT SCREAMS*

Or, do I jump out my pants and zip up the bush?

From A week of offline woes

Who need electricity? Me? Electricity? I can quit it. Oh yes. I can quit any time I want… *curls up on chair, hugs legs tightly, rocking back and forth.* 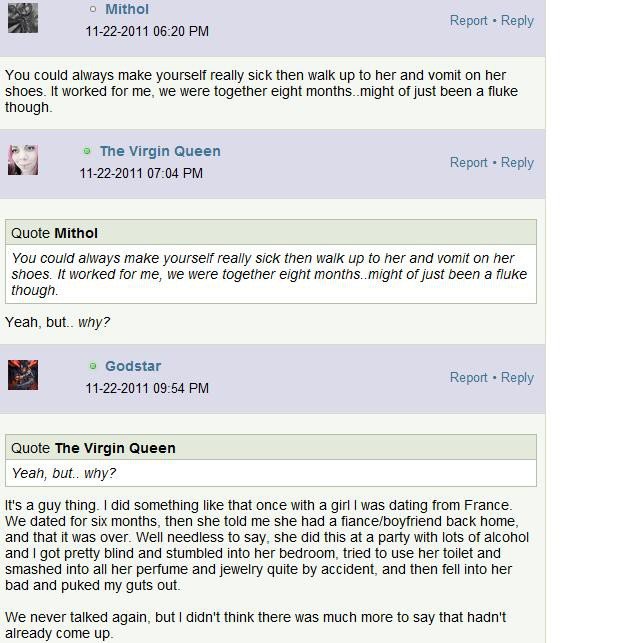 It’s like my grandpappy once told me: “If you can’t think of anything nice to say, vomit copiously.” 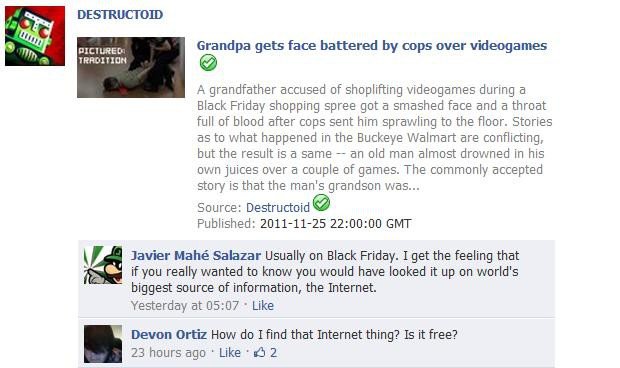 Internet? I see it going the way of the monorail and the plasma lamp. It’s a cute novelty, but I wouldn’t waste money on it.

From PS Move ships 9 million, only 1 million in half a year 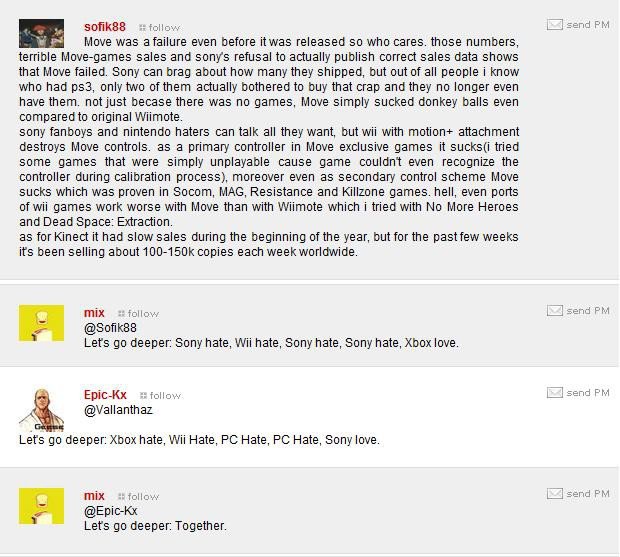 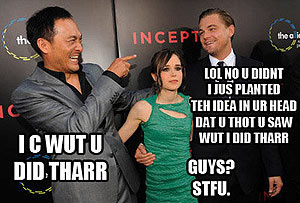 From What did you buy today? 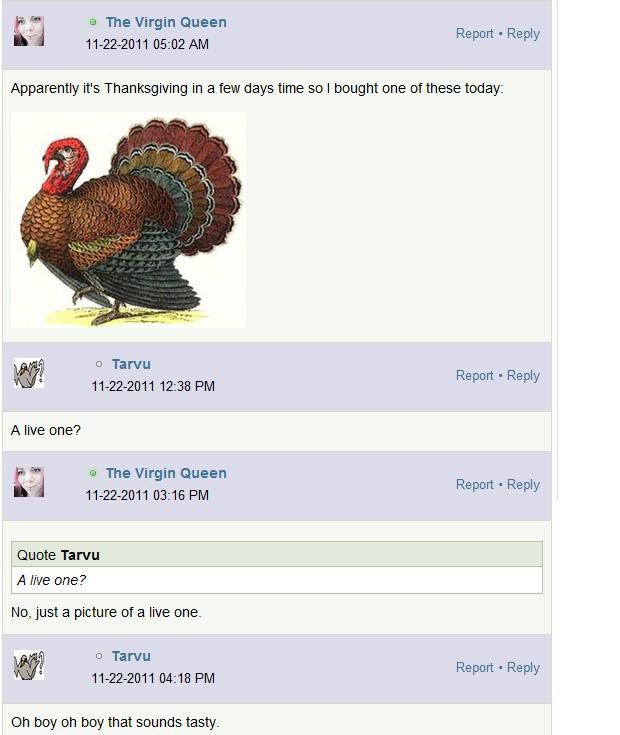 My family are all getting pictures of presents for Christmas. They’re gonna love it!

From Destructoid: A Manifesto

Typical trolling from… The US Community Manager…

This week’s troll roll is courtesy of Ryan Sands. In lieu of an avatar, I have provided an “artist’s impression” of our intrepid hero: 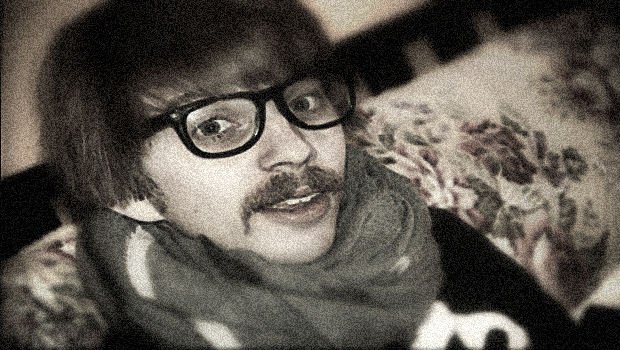 Let’s see what the man has to say.

Re: UKIE: Sony and Nintendo should stop making consoles

All you idiots know you’re the minority when it come to gaming right? You can’t just NOT know that? iOS gaming is here to stay and is DOMINATING the mobile gaming market. Nintendo, Sony, Microsoft and any other gaming oriented company should realize that to not develop titles for this platform is suicide. Who the hell in their right mind buys a dedicated mobile gaming device besides all you guys? And before you go quote all these sales figures for the stupid 3DS, DS or any other mobile platform, just to let you know I’m not interested in those pathetic numbers. The iOS ecosystem is the future whether you like it or not. Apple is unstoppable in this market and will be for a very very long time. Whine all you want…your views change nothing. … view replies

Hahaha I love it! iOS gaming is definitely the future and all you haters out there cannot stop it in any way! I for one love my iPhone and game on it constantly. .99 cent games rule! Soon there will be less and less 3DS games coming out, they will still be $40 for one game and the Vita will fail miserably. iOS will start receiving ports of games on 3DS and Vita in no time…just wait and see. Nothing, nobody or any company can stop Apple…they are unbeatable. HAHAHAHAHAHA 222 millions iOS devices and counting!!! … view replies

Re: Sony says there’s still a market for dedicated handhelds

Nobody has pointed out yet that the “voices” heard here in the comments are being made by the minority of gamers. There are fewer and fewer people looking to purchase a dedicated portable gaming device because the iPhone is so much more convenient. It’s more convenient on price and the availability of software and games. Sony & Nintendo simply cannot compete with Apple in those regards. The gaming industry has it’s head on backwards…$40 games for portable systems?! Are they crazy?! No wonder .99 cent games have taken off so well. Nobody wants a $40 title when they have zero idea if it will be good or not. You people can argue about it all you want…the iPhone, iPad and Android phones are going to squash portable gaming devices like the little insignificant bugs that they are…and there is absolutely nothing any of you can do about it. Sony & Nintendo’s next step will be to start releasing games for the iPhone and Android app stores. I don’t even need to argue about it because I am 100% right. Quote any stupid article you want about how Sony said this and Nintendo said that about never making games for phones. Investors will soon realize they cannot ignore the giant that is Apple’s app store. I guarantee by the end of this life cycle of portable gaming system you will start seeing ports of their games pop up on the app store. Oh and while I’m on the subject…if your listening Sony or Nintendo…make a [email protected] d-pad add on for the iphone and have it be the case for the iphone…then release your games on the iOS app store and start raking in the money…you daft retards. … view replies

Good job everyone, good job! Let’s do something like this again sometime.