Welcome to the Comments of the Week!

I will be taking captaincy of the feature, but will be enlisting the help of other community members. Not any old chap or chappess with an avatar though. These men and women are no strangers to comments round-up, having cut their teeth on past comments of the week with Commentoid, a series that has been running for almost a year in the community blogs. It is with pleasure that I will introduce these folk to you each week and thank them for their support in the transition to the front page.

Now the rules are clear, let’s get started:

[Many thanks go to LawofThermalDynamics for his invaluable contributions to this week’s Comments of the Week.]

From Don’t buy Deadly Premonition on Games on Demand yet!

From The Question: Are you getting a PlayStation Vita?

Sean: This makes complete sense to me. Even if you agree it is an amazing sounding piece of hardware, why would you not wait and see if there is a game worth giving a damn about first?

From I love you, Dtoid.

Sean: I imagined this read in the style of whoever Cate Blanchett played in The Lord of the Rings.

From No More Heroes PS3 ‘viewer mode’ is pretty naughty

From DICE isn’t making any modding tools for Battlefield 3

Sean: I didn’t see the photo, but I doubt you’d want to. Especially if you’ve never been to a bowling alley after closing time with a jar of Vaseline.

Sean: I’m painting a really pretty picture about what the forums are like, aren’t I?

From Gears of War 3 leaked due to Microsoft’s incompetence?

Sean: But it goes deeper…

Microsoft have said 1,000 times that they are not focusing on a new console yet.

Who was responsible for the leak? A cabal of dissidents within Microsoft themselves! Why? So that they can push for development of the new console, the Xbox 720! It all makes sense now! 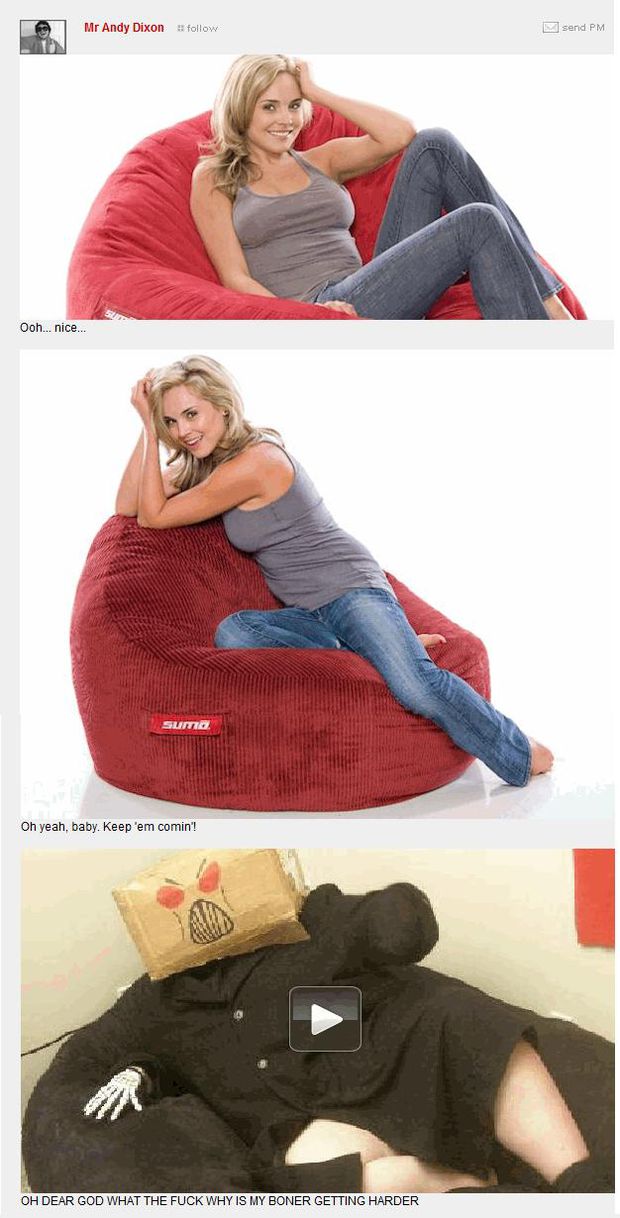 Sean: Gives a whole new meaning to the term “promotional shoot,” doesn’t it?

From I’m sorry about this: Pokemen at Anime Expo 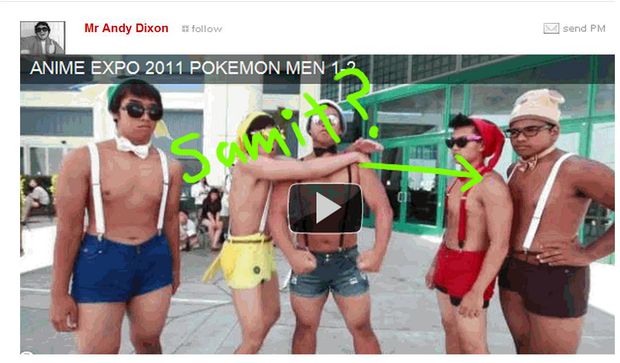 Sean: If this turns out to be Samit, and Samit is a Pokeman, then I say all power to him. I won’t judge.

Sean: Try it yourself: The “Don’t agree with me? You must be a fanboy!” gambit. The choice of the winner.

From No Quick Time Events or vehicles for Prey 2

LawofTD: There are a certain group of people that are constantly on attack mode. Sometimes there is a period in space and time in which the forces of LOL, WUT? and even TRUTH collide in a cosmic event.

The Reaction and Attack 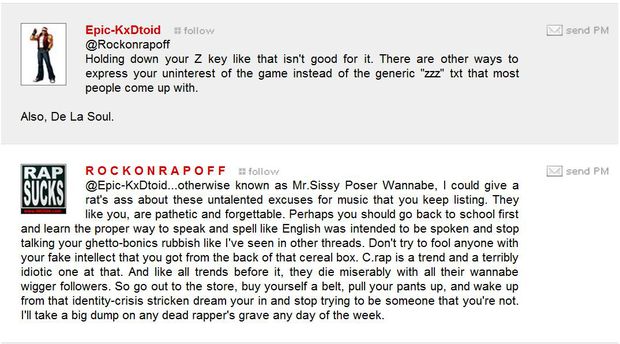 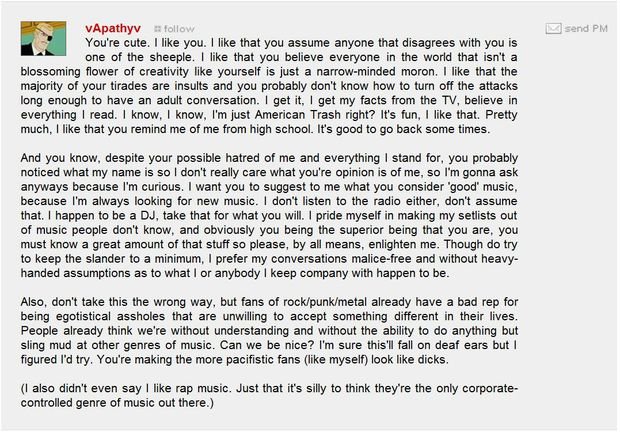 Also, just because, the Greatest Comeback Ever Told: