WUT? Sits at the back and eats crayons.

[Many thanks go to GoldenGamerXero for his invaluable contributions to this week’s Comments of the Week.]

From The Question: Is the 3DS a flop?

Sean: 4 months in may well have been too early to even tell if the Virtual Boy was going to be a flop!

From: Ex-Nintendo president could lose $300 million due to 3DS

GGX: I just took the clearest comment from that thread so my thanks go out to killias for hopefully making more people realise that the reason Nintendo are acting like they made a mistake is because they screwed the Ninten-pooch pretty hard. Denying that it happened isn’t going to make it go away.

From Ocarina of Time 3D sells a million

Reminds me of the fact that nobody noticed that my original username, “CaptainBus” is an anagram for “Scuba Paint”, revealing my true identity as a man secretly selling scuba paint!

Sounds ridiculous? Tell me how much scuba paint you now have in your house.

GGX: We should all be able to agree that this entire idea of stopping game sales is stupid no matter what side you are on the political spectrum.

From Ubisoft says its DRM is a ‘success’ (so suck it) 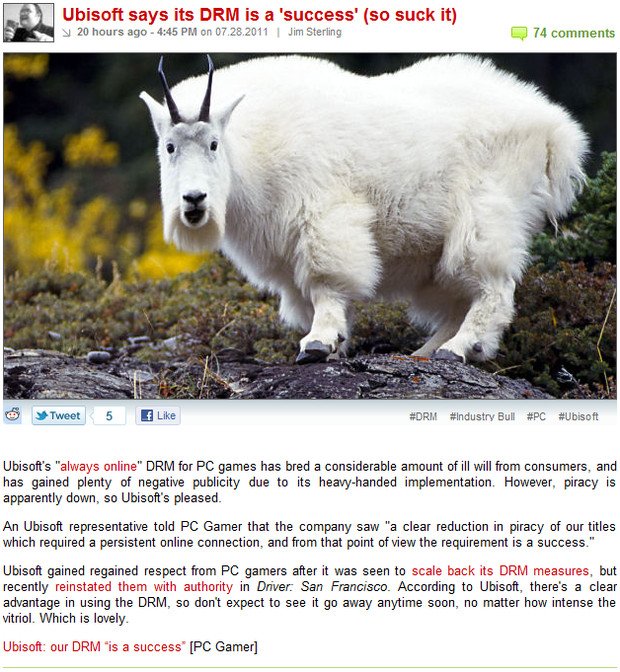 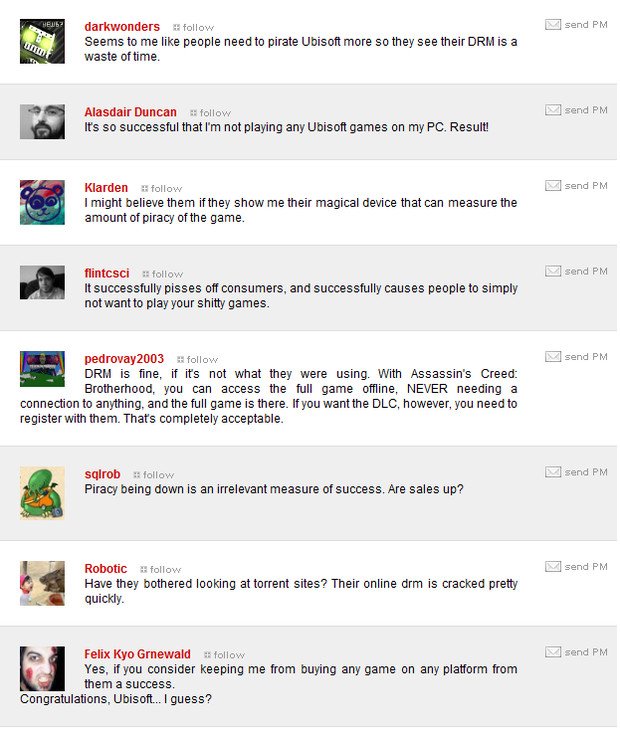 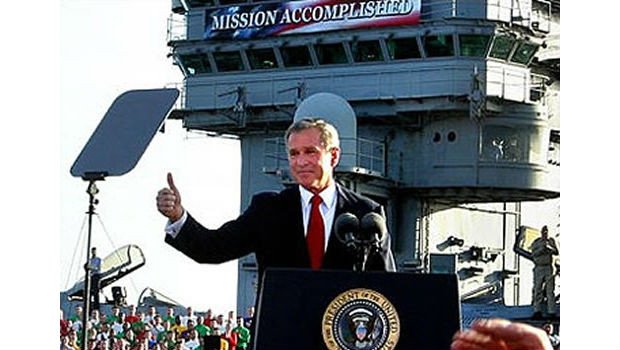 GGX: I hope someone at Ubisoft reads that thread because they are going in the completely wrong direction with this new DRM. If they really insist on not going DRM free then they could at least go the route where purchasing the games has less negatives than pirating because currently people are getting a free DRM free copy and they’re losing pretty much nothing if they use a PC to do it (Maybe Xbox Live if they use a 360 to run a pirated copy but they don’t get this DRM anyway). I mean unless Ubisoft start to understand that the problem isn’t the software but the people that want it there gonna find a hell of a lot more disgruntled gamers on their hands.

From: Expert says blaming massacres on video games is racist

GGX: I felt Legend phrased it better than Jim did in the article itself. It’s not really about racism but just general discrimination towards certain people. It’s easier if you can just use a scapegoat on people that you feel shouldn’t be capable of something rather than accepting that anybody and everybody could be a murdering psychopath. Nevertheless I’m glad to see a professional have the common sense or balls to admit that blaming games is really just illogical. Like the article says most young people have played a violent video game so it’s easy to say that most young murders have done so to so the jump in thinking that games cause murders is pretty crazy. 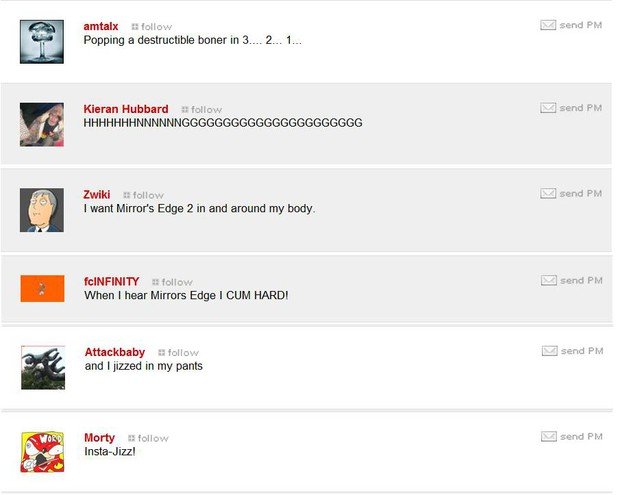 Sean: I’m looking forward to it too. Is it ok if I don’t have a paralysing orgasm though?

From: Square Enix: Wii U needs a strong launch lineup

From: Did you know?: Dtoid edition

Sean: Sure, it sounds bad out of context, but Steve needed the lube for his ketchup bottle. 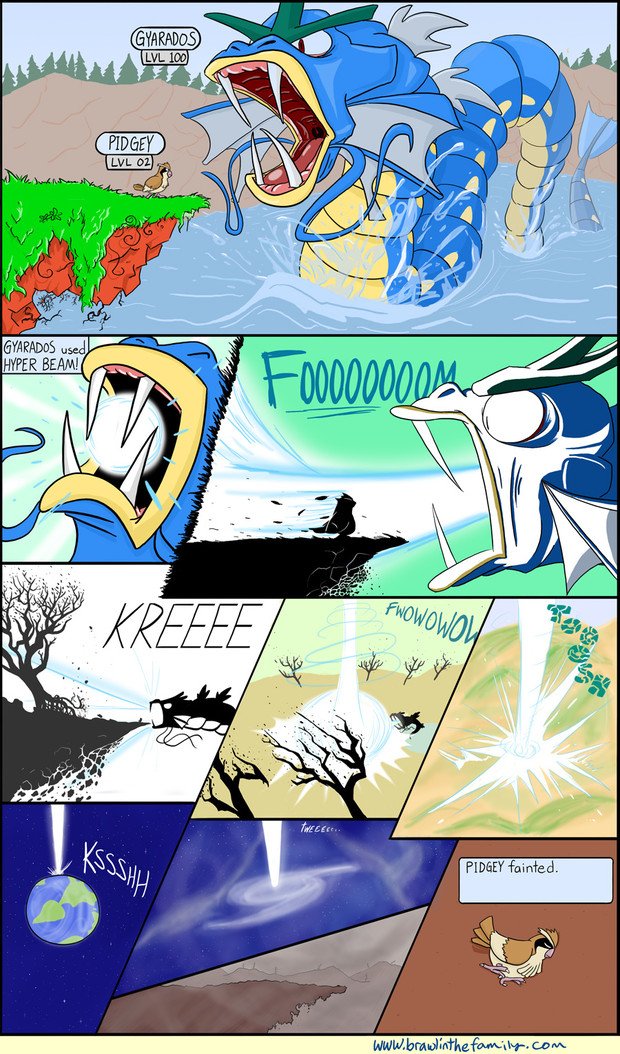 Sean: OUR FILM IS NEVER OVER.

From: Chinese couple sell their kids to pay for MMO habit

GGX: Is anyone else confused to how the brothers cost 10 times the amount of the daughter? I mean if the Chinese would rather have 1 guy over 10 girls then I have no idea how the hell they have so many kids.

Sean: IF ONLY IT WERE THAT SIMPLE. 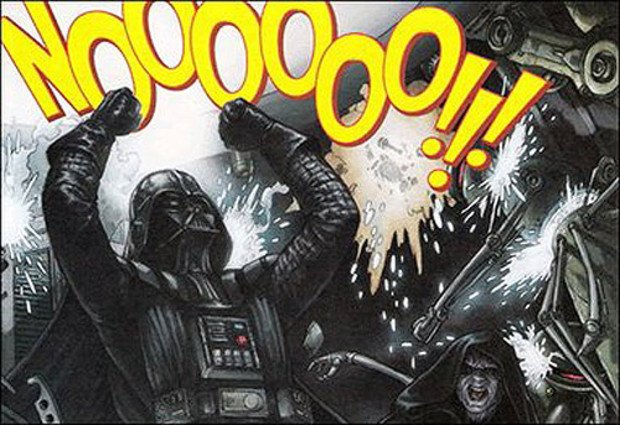 Where the hell am I supposed to find something crazy enough to replace him?!

Oh, this will do:

GGX: Seriously guys WTF? For those wondering if I took these comments out of context go check the thread. This pretty much comes out of nowhere.

Sean: You or I could live fine from that level of income, but let’s not even pretend that we have the same financial obligations, the same responsibilities and the same command of respect as the CEO of a multinational corporation worth an estimated $85 billion, with an incalculable number of employees worldwide depending on his performance to keep the company doing well in order to keep their jobs. 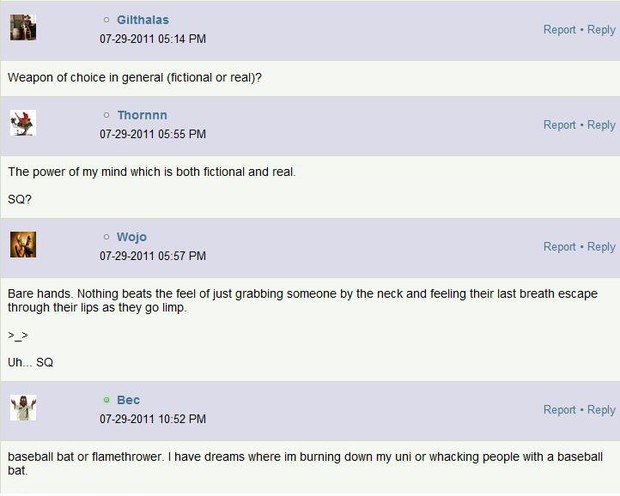 From Nintendo selling 3DS at a loss after price cut 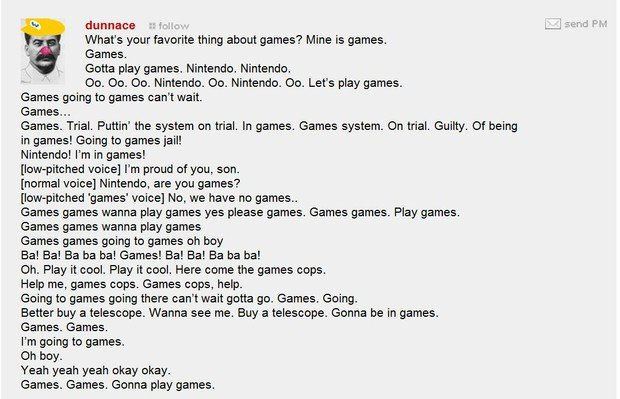 Sean: Of course! It all makes sense now! (Get the men in white coats)

Thanks for your support, eat your greens, and I’ll see you all same time, next time, for more Salads Comments of the Week!