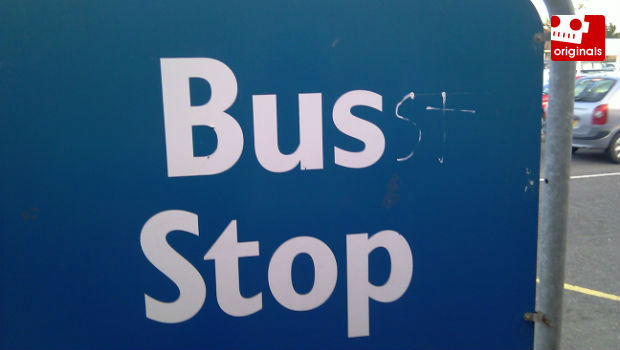 What do you reckon; was this an original Banksy?

[Thanks to Handy for his fine contributions to this week’s comments and quips.]

Handy: From Review: Gears of War 3

Handy: This and all the comments echoing it make it into Truth this week, in honesty, it was hard trying to not let this turn into Comments About Jim of the Week.

*looks down the blog*

Yeah, this is a totally Jim-centric week.

Sean: Everyone battened down the hatches, prepping for a shitstorm, but the shitstorm never came!

Seriously; this was as bad as it got:

Handy: In an attempt to combat the idea that Comments of the Week rewards trolls by giving them the attention they so dearly crave, I present to you the winner of Destructoid’s Nice Guy of the Week! (AKA The Jonathon Holmes Award for Achievement in the Field of Niceness)

This award goes to Destructoid’s apparently new member Polite Gentleman, who lives up to his namesake by…..just generally being very polite, and nice too. Take note children.

Sean: Don’t worry though; we’ve still got trolls. Also, this guy’s just too polite if you ask me. What’s his angle? I’m keeping an eye on him.

Sean and Handy: From Luigi’s Mansion looks as good as ex-spectered (ha ha)

Sean: It’s a shame that I MIST out and I only WISP that I had taken part, but at least I get to REANIMATE the thread here. There was no one SOUL entrant; MANNY entries were DEAD-on and it was a GRIM task to pick the best out, without a SHADOW of a doubt (in case you hadn’t GEIST). There is no SÉANCE to it, but I haven’t been EIDELON my choices. In fact, it was almost irREVENANT to list them all instead of just link to the article. In the end I thought ETHER/or.

Ahh! This, this is ectoplasm. I-it was a spooky ghost, he slimed me!

Sean: You know, there are some people who struggle to fit into the Destructoid Forums…

Sean: From A stranger appears!

…and then there are some people who you know are going to just fit right in.

Handy: From Gears of War 3

Ok that was terrible but seriously, how can I follow that!?

Sean: Cole wearing a tricorne would splice my mainbrace.

Sean: I’m completely cool with girls on the internet. Not just pictures of them either.

Handy: From Break everything you own with Hulk Hogan on Kinect

Handy: I don’t know if I’m scared because of Hogan’s creepy plastic grandpa face or because it fits in so well.

Sean: From I went to the store for my mom once… got lost now im here

Sean: I mean, is there any need for it? Your name is right there, next to your avatar, for all to see.

Handy: From Review: Gears of War 3

That scale will range from 9.1–10 but still…I think it might work out best for everybody that way. Think about it.

Sean: Are we really getting angry over arbitrary numbers now? What are we; sports fans?

Minecraft is an amazing game. I’m sure you all know the concept: a world is generated out of blocks and you can move those blocks around. Sure, you can craft tools and work with redstone (and make infinitely creative designs within that), too – but the main feature of the game is simple enough. Minecraft takes “Easy to learn, hard to master” to another level with the crazily varying degrees of simplicity and complexity.

What you should have done is kidnapped Ross, taken him to Vegas and got him to count cards.

I hear he’s an excellent driver.

Handy: Unfourtunetly the only black albino transvestite midget in the world was not available that day, I should know, he/she is my Mom/Dad.

Sean and Handy: From PS Vita at TGS: Rounding up all the sexy!

Sean: Stealth is normally worth the price of admission alone, but with Jim winding him up, we were truly treated to a festival of bickering. Things got pretty Jerry Springer up in here and, let’s remember, we’re talking about lumps of plastic and metal that present you with amusing diversions, so let’s keep things super duper serious.

Seriously, I’ve decided to dub people like Stealth “Anti-stalkers” as they just follow certain editors around because they hate them. Reading their writing, giving them hits, and commenting, all just to tell them they don’t like their writing. It’s only made to generate hits, and is not how anybody should comment.

Handy: From Gears of War 3

Sean: I’m going to gamble on the following translation:

“Never really got what was so good about Gears of War like everyone else, but it’s good to hear that the XBox fanboys got something good. I don’t hate the game, nor really like it; it’s just an eye floater to me (an eye floater being an imperfection in your eye that obscures your vision, and is therefore a synonym for an irritation).”

I’m going with a combination of autocorrect, gin and spicy grammar as the cause for the lack of clarity in Nitex’s original comment.

Sean: QUIZ TIME: A man has a living whereby he writes a bit about videogames and occasionally gives them a score. He doesn’t steal from the elderly, punch kittens or set fire to orphanages. How much concentrated hate does such a man deserve? This week’s troll roll sees Bobby Honaker test that question…to the limit!

Sean: Of course, if you hate the Reviews Editor of a site the last thing you would want to do is advocate their staff choices by entering any competitio…

Until next time; take care of yourselves, and each other.