How to trim a Daisy

Welcome back to Comments of the Week, where your boy Dreamweaver is back with a bunch of comments from the best community in the entire internets… (*looks at what’s written in my palm*)… Destructoid!

Aw, I’m just pulling your leg! Of course Destructoid is the best site in the world… because I’m here. While you can bow in my honor on your own time, why don’t we take a break from whatever the hell you’re doing and just relax with all of the truthiest, funniest, and weirdest comments said by you, the people who worship me. As always, comments are placed into three distinct categories such as:

TRUTH: did you know jelly beans used to be purchased separately by color?

WUT?: and they both get sticky when you lick them.

If you haven’t seen the last Comments of the Week… then sucks to be you, because it’s NEVER going to air again. That’s right, you jerk! You thought you could ignore ME and just check it out when YOU feel like it? Well, too bad, bitch! How does it feel? HOW DOES IT FEEL?

…What do you mean “once it’s on the internet, it never goes away?“

From Call of Duty: Infinite Warfare’s multiplayer beta will be a pre-order bonus 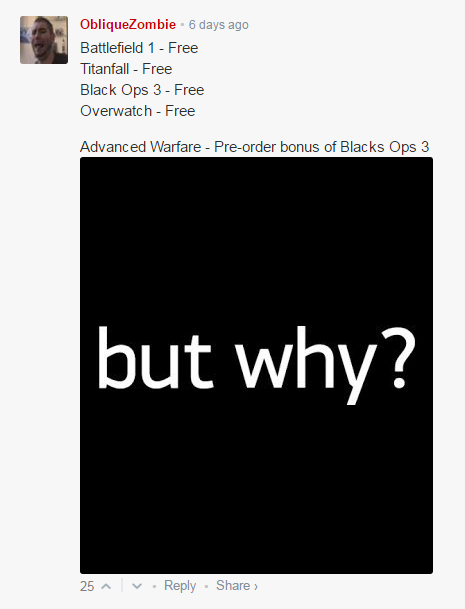 Dreamweaver: Because “free” rhymes with “money”, and they misheard. 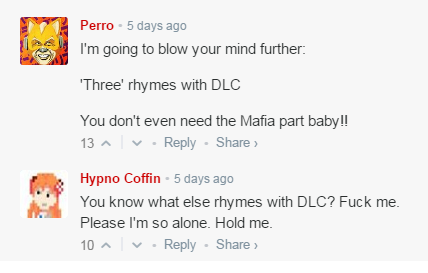 Dreamweaver: Then what’s the 9th Gen going to look like? A super shiny version of 7th Gen 2?

Dreamweaver: Well, there must be some reason why Ash hasn’t aged a bit…

From Remember ‘No Mai, No Buy?’ Check her out in Dead or Alive 5 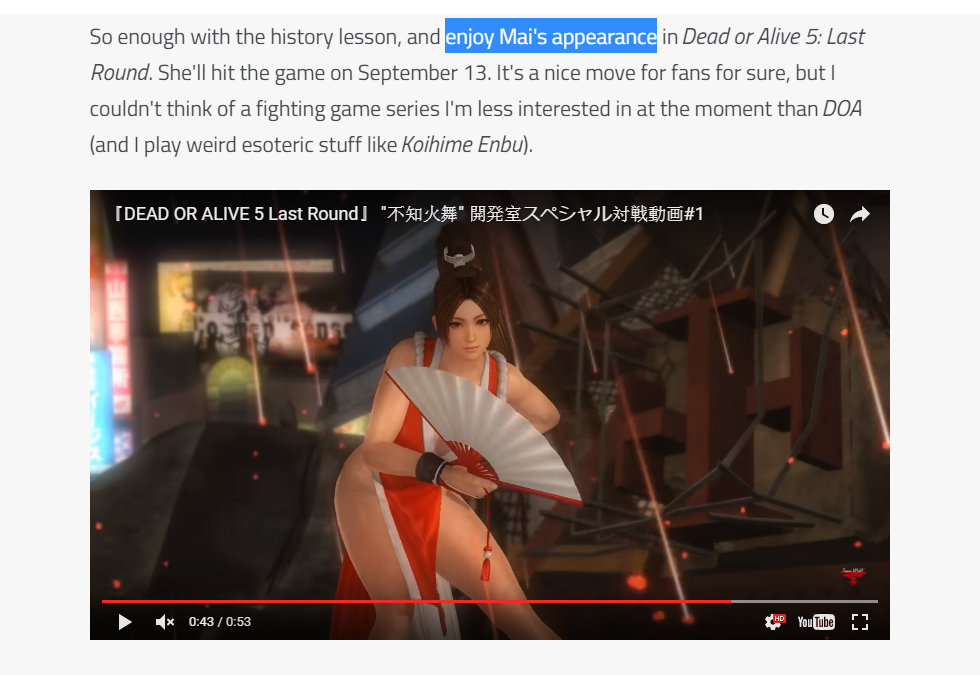 Alternate joke: this squirrel better not STEEL her from me.

Alternate alternate joke: looks like this squirrel has a steel stiffy.

From Nintendo axed yet another Samus appearance this year 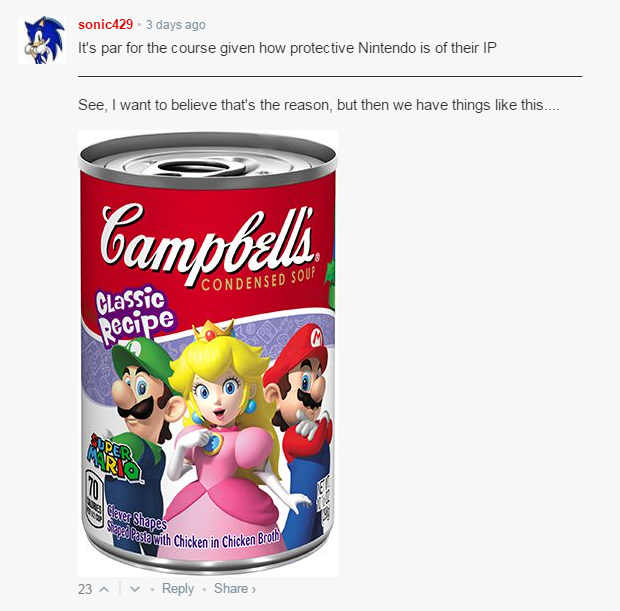 Dreamweaver: They tried, but there wasn’t mushroom in the can. 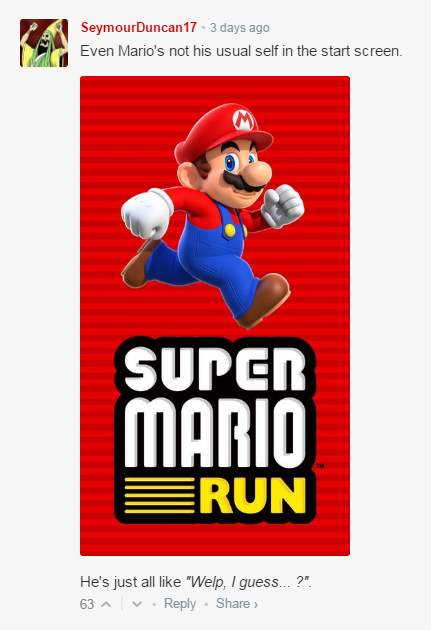 Dreamweaver: What hookers say before they sleep with me. 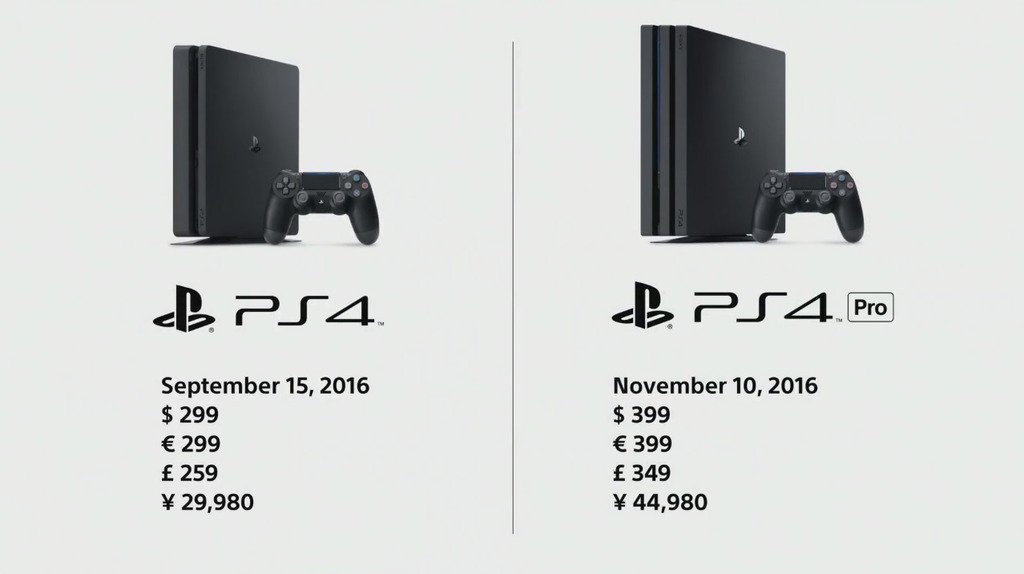 Dreamweaver: Strange, I thought he would’ve went with tacos.

From PS4 Pro will not support UHD Blu-ray 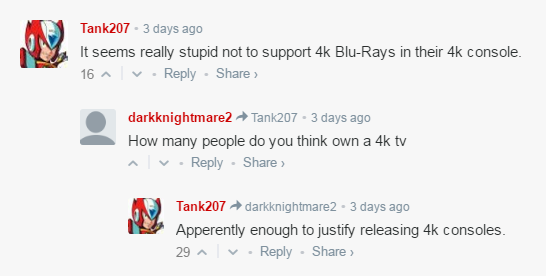 Dreamweaver: “How many people do you think own a 4K TV?”

There’s a 4K joke in there somewhere.

From Sony to Bethesda: No mods on PlayStation 4 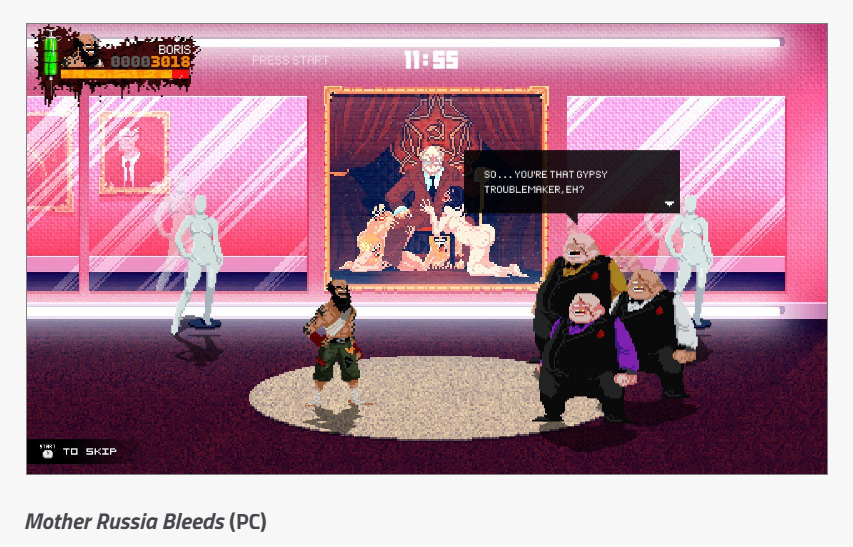 Dreamweaver: There is no Nekro, only Dennis.

…Imagine I said that in a lovely singing voice.

From 12 minutes of unadulterated Sonic Mania

Bring me back some Skittles.

From PlayStation 4 games compatible with PS4 Pro via ‘Forward Compatibility’

Dreamweaver: What I lack with women.

From Do you guys like Final Fantasy’s Snow Villiers? 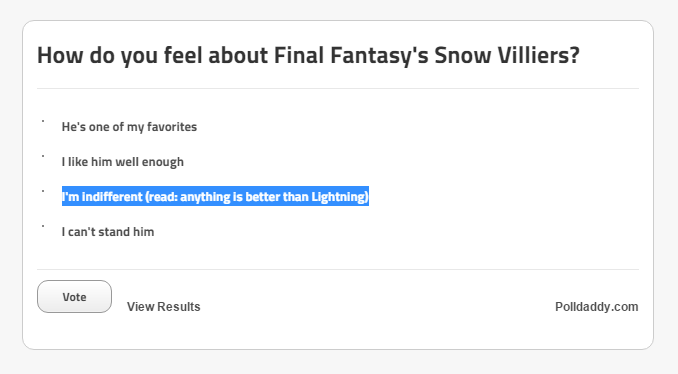 Dreamweaver: I don’t know, I think Lightning and me on a beach sounds lovely. 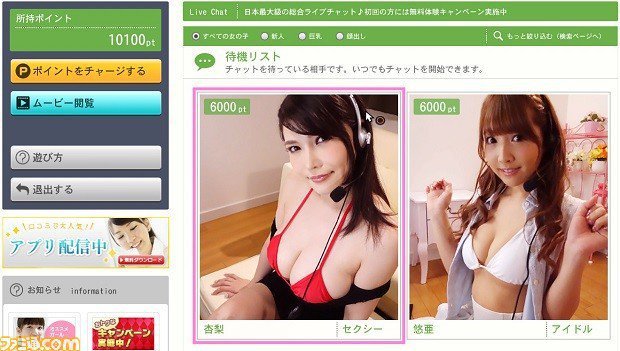 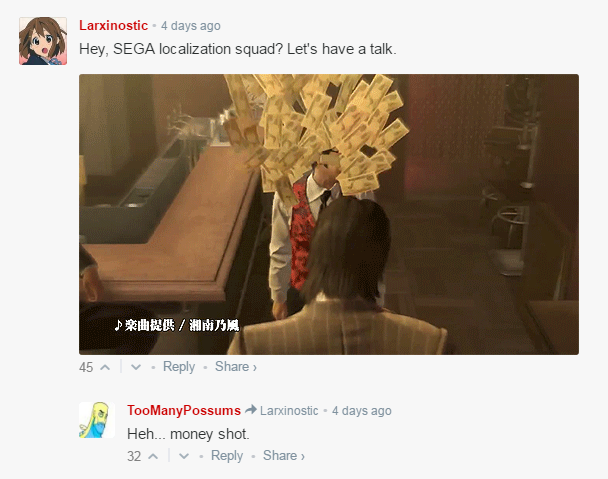 Dreamweaver: Wait a minute, is “throwing money at the screen” a euphemism for…?

From Ulala and her swingin’ report show return in VR 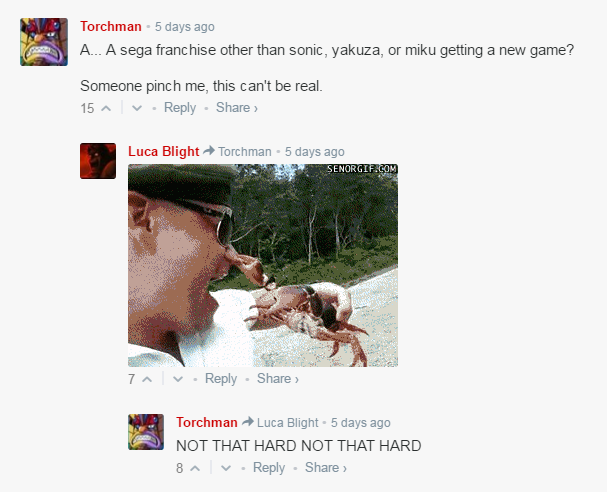 Dreamweaver: What girls say about my penis. 🙁

From The PS4 Pro is up for pre-order on Amazon

Dreamweaver: I think that same thing happens when girls try to hit me up on dating sites.

From NESBox passes certification for release on Xbox One 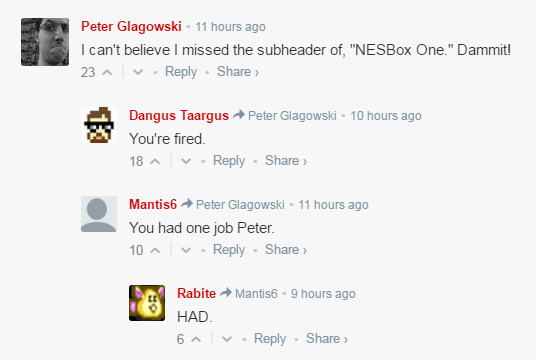 Dreamweaver: I like how Peter’s profile picture matches his reaction exactly.

From Comments of the Week 85 – Beauty and the Beast 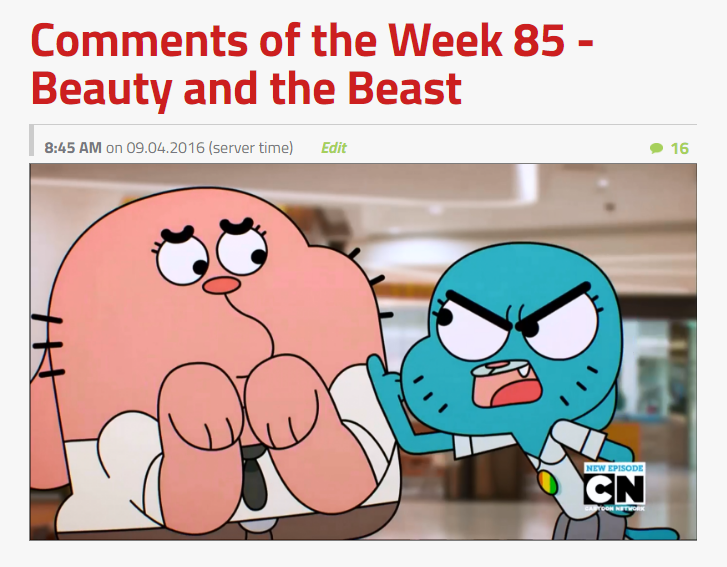 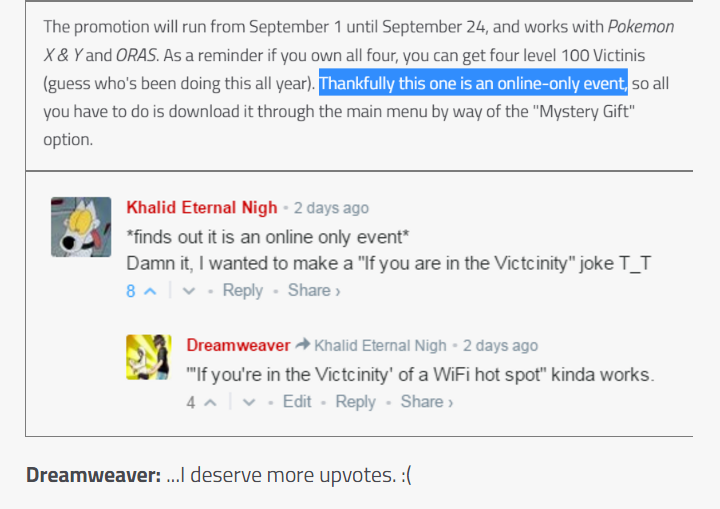 Dreamweaver: Boy, he ’bout to do it. 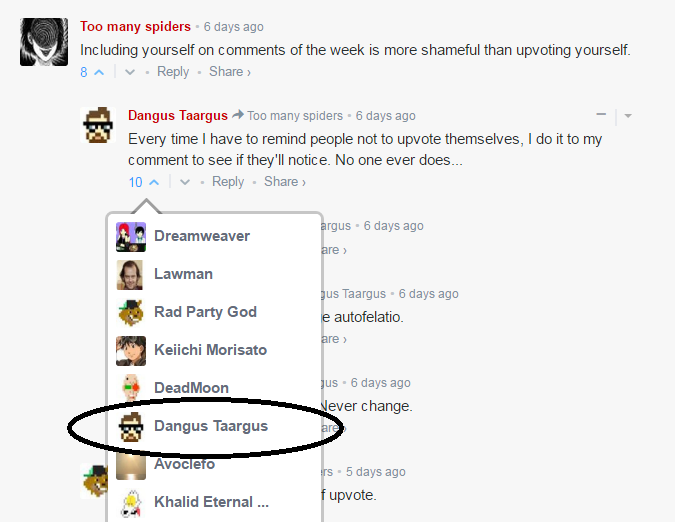 Dreamweaver: Boy, he did it! 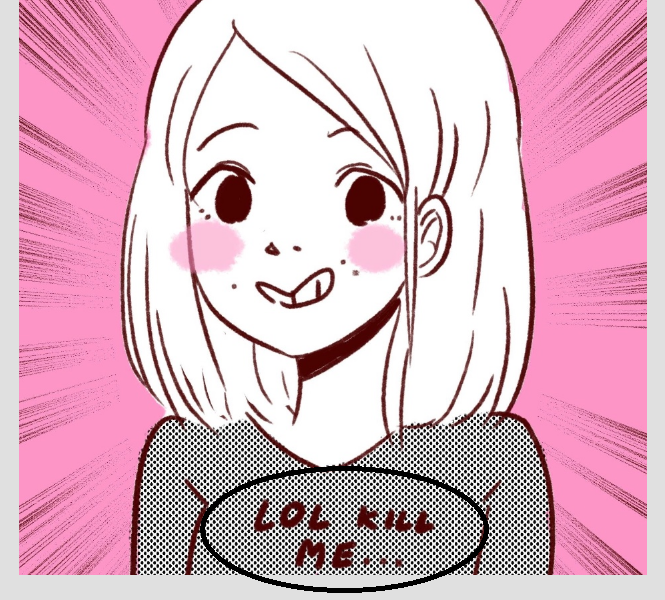 Dreamweaver: Psh, I know someone who can kill you immediately for only $73.95. Shipping and handling not included.

Dreamweaver: Yet Nick at Nite keeps showing the Lindsay Lohan remake of The Parent Trap. 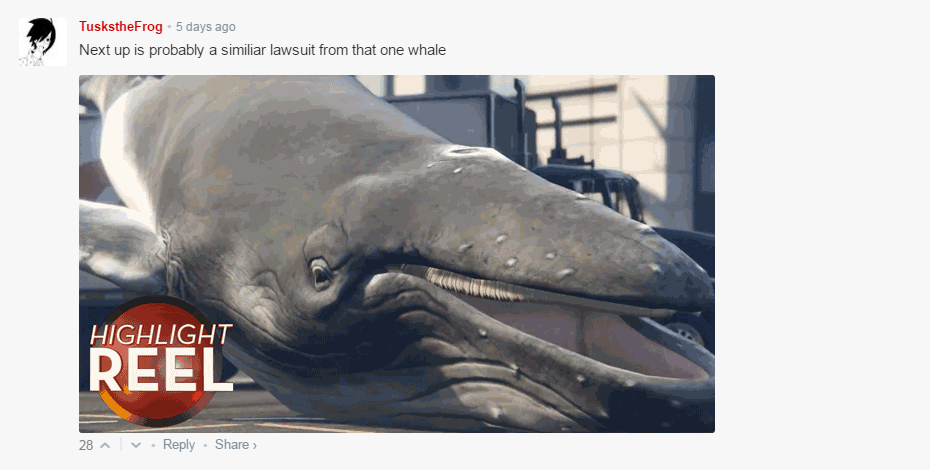 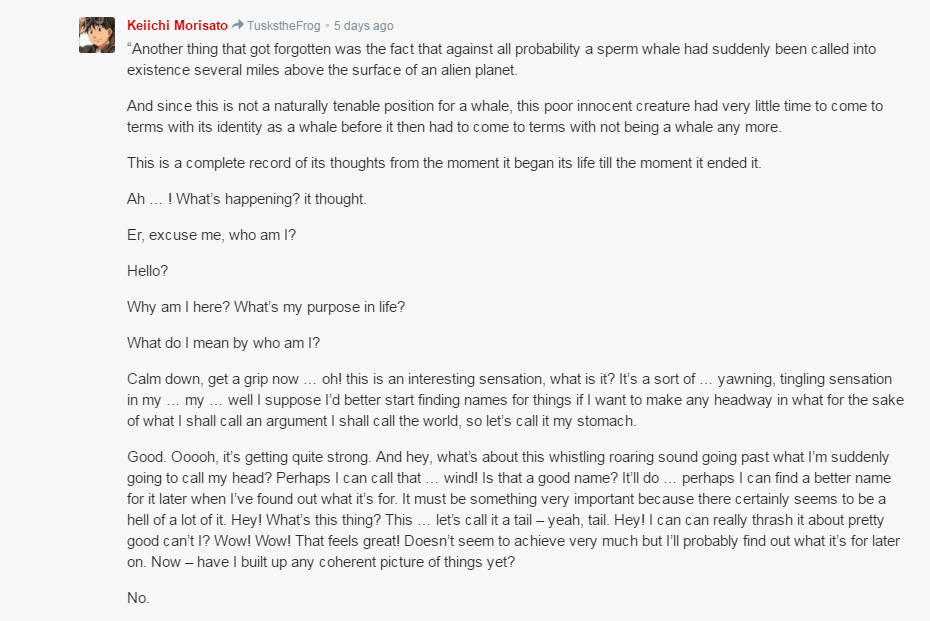 From Is Rainbow Six Siege getting a second season?

Dreamweaver: NakedBigBoss brought the hot sauce ’cause he just got burned!

From The first official Mass Effect: Andromeda gameplay looks a lot like Destiny

From New peripherals for PlayStation 4, Slim, and PS4 Pro 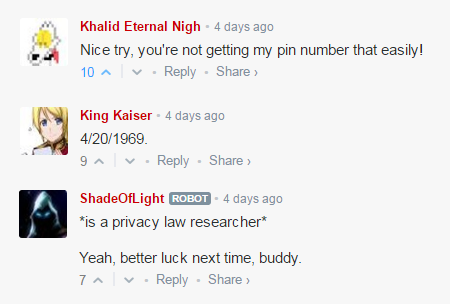 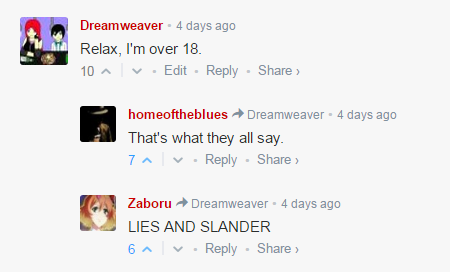 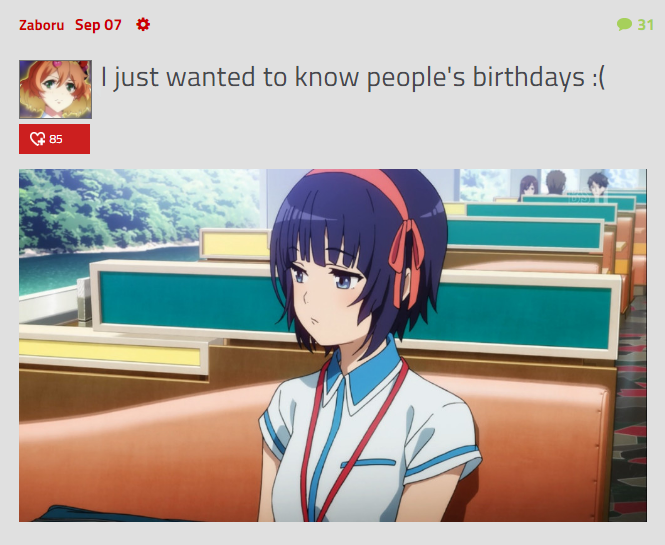 Dreamweaver: I thought the “n’ was an “r’ and thought “how do you squirt suspiciously?”

And that’s it for this edition, folks! If you liked what you read, then go on and chat about all of your favorite comments said by me. Oh, and those other people who I make fun of, because I suppose they deserve some credit too. I guess. I mean, they didn’t do anything. Lazy bums.