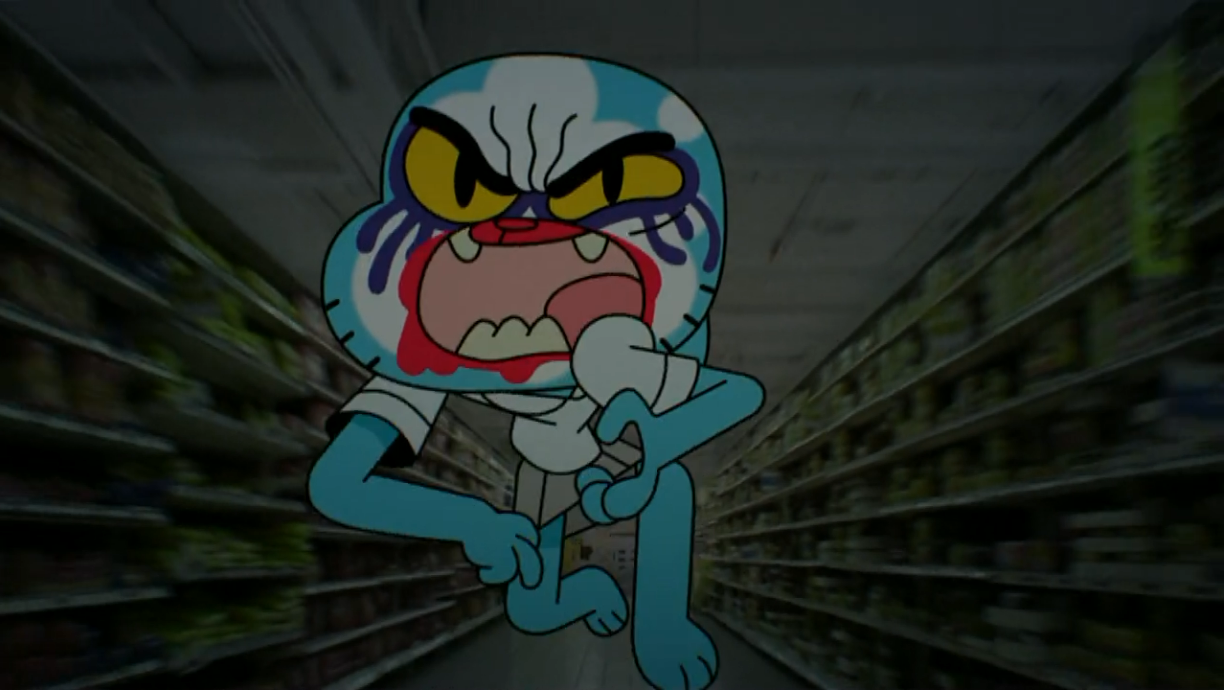 No need to check the clock because you know what time it is! Yeah, that’s right, mail time!

Anyway, welcome back to the hottest community showcase on the site, where fellow Dtoiders like you can be featured just by posting on Destructoid! Seriously, it’s that easy! For all of you who couldn’t make the time to read through the comments section though, or simply want to remember all of the wacky things we get into up in here, then this is for you. As always, you can find comments placed under three categories:

TRUTH: almost three-fourths of women produce more milk from their right breast than their left.

LOL: now you know which one to aim for first.

WUT?: but what if you’re constantly drinking from the right, never knowing if she was actually lefty?

If you haven’t seen last week’s Comments of the Week, then you should check it out right away. The sooner you get on it, the quicker we can stop laughing at you.

Dreamweaver: So, either way, fuck them?

From Downwell is great on PlayStation, with one major caveat

Dreamweaver: He probably got a bag of crushed up Smarties. 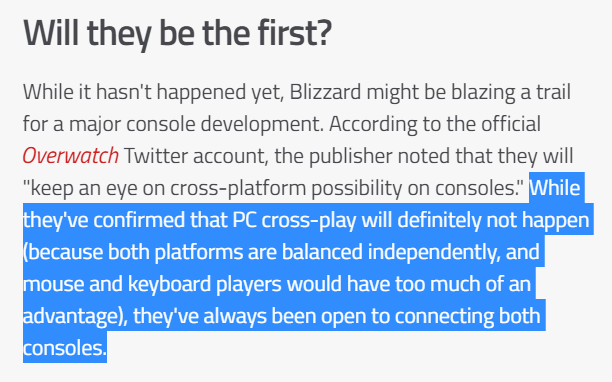 From It’s time to pour cocktails for catgirls

Dreamweaver: You mean there’s other kinds?

Dreamweaver: Hey, dolls can get action too.

At least, mine does. 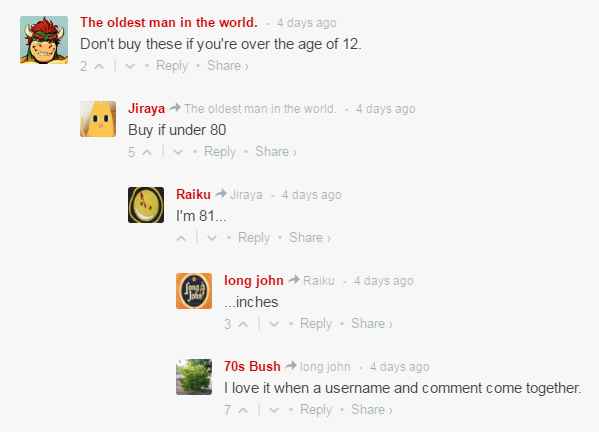 Well, I guess you can’t all be as funny as me.

Now you have NOTHING to look forward to.

Dreamweaver: But does E3 itself know, or is it like a surprise party?

Dreamweaver: Damn, the Chinese make everything.

From Project: B adds tripping to Super Smash Bros. Melee

Dreamweaver: “He went from Melee to Brawl just to fall and lose it all.”

From The first major Overwatch balance change will be for McCree 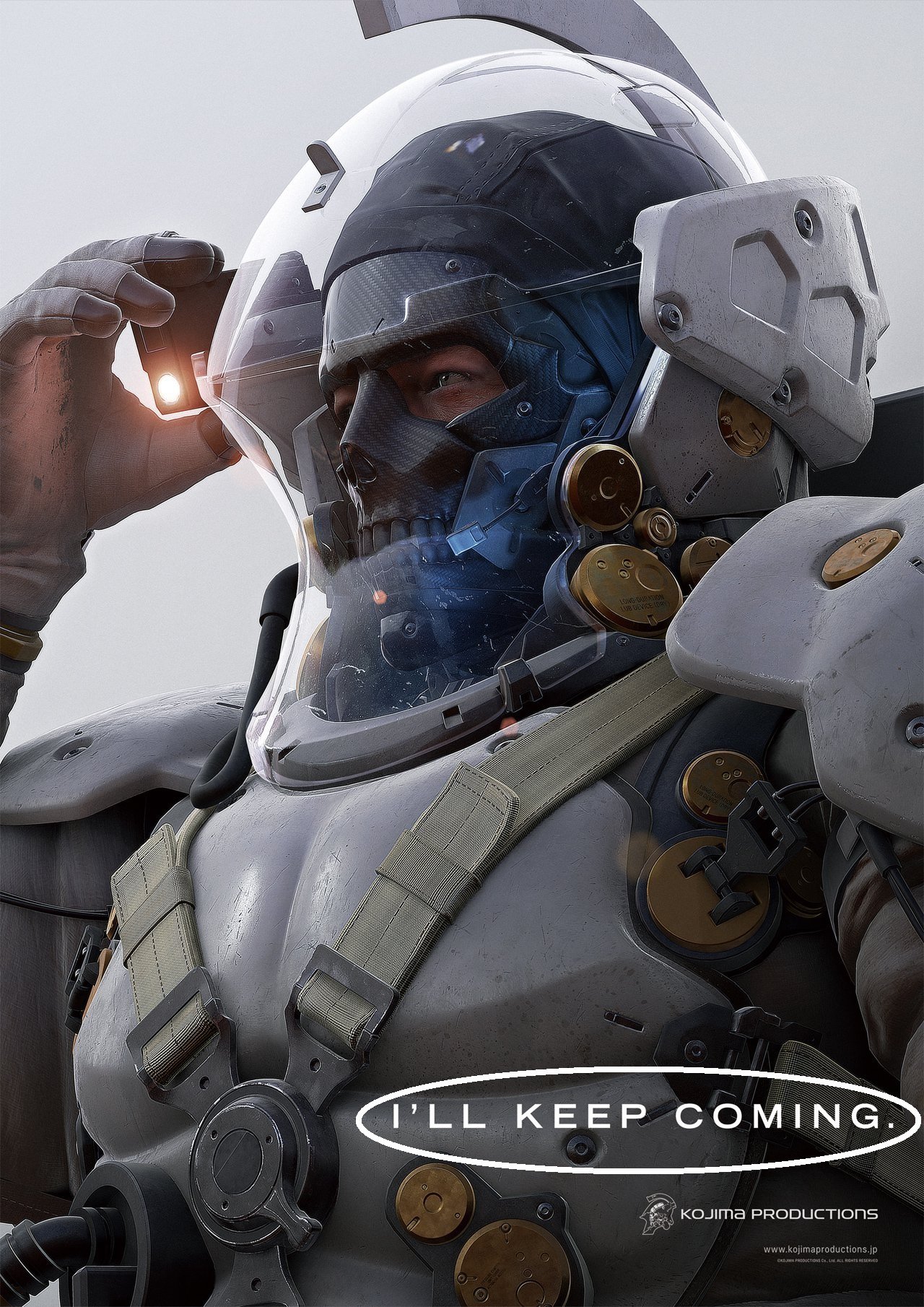 From (Update) Finally! Final Fantasy XII is getting remastered 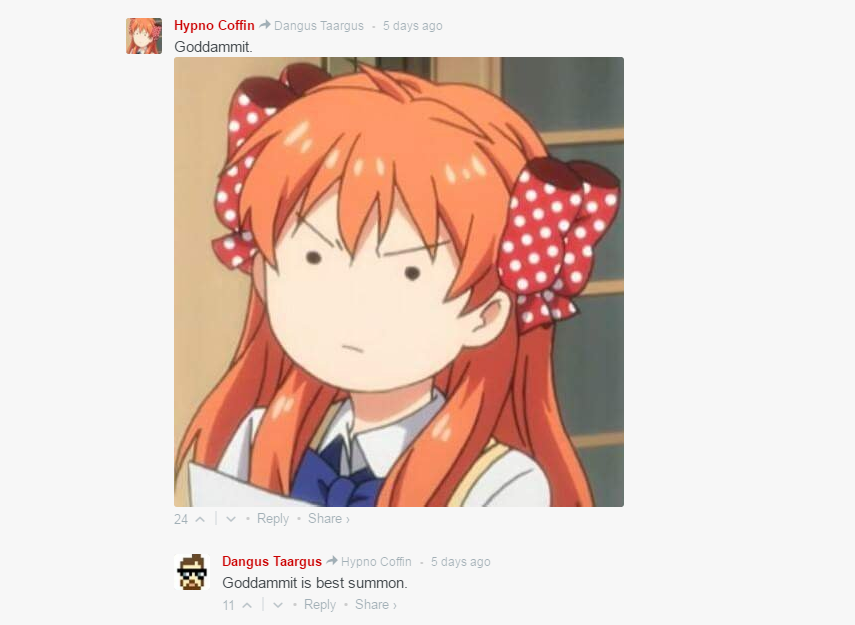 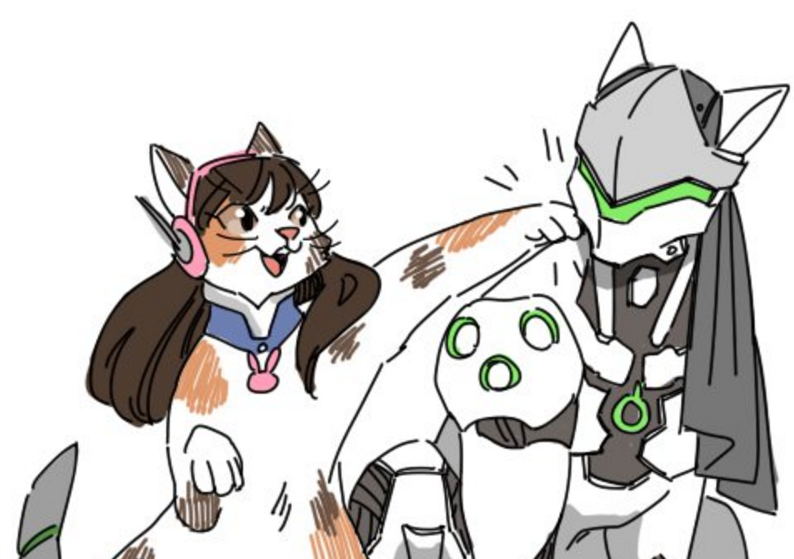 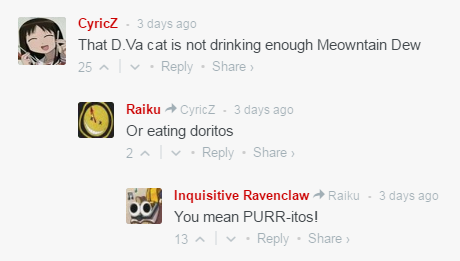 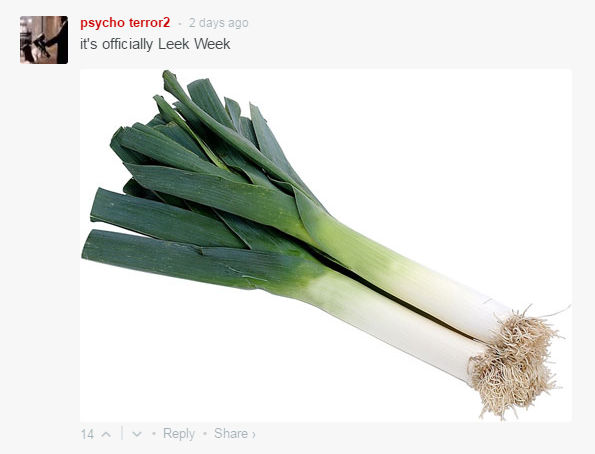 Dreamweaver: I was expecting a urinal, but this works too.

From The Division will ban cheaters on strike one

Dreamweaver: I propose we say God Dangus from now on.

From Watch Dogs 2 is getting revealed this Wednesday 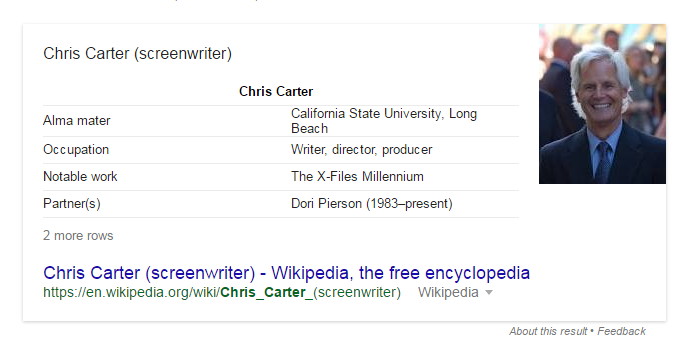 Dreamweaver: Wow, he looks like a completely different person!

Dreamweaver: Make it a double.

Dreamweaver: Funny, women call my genitals “the death zone” too.

“Mommy, I went to my friend’s house to play with his Smith.” 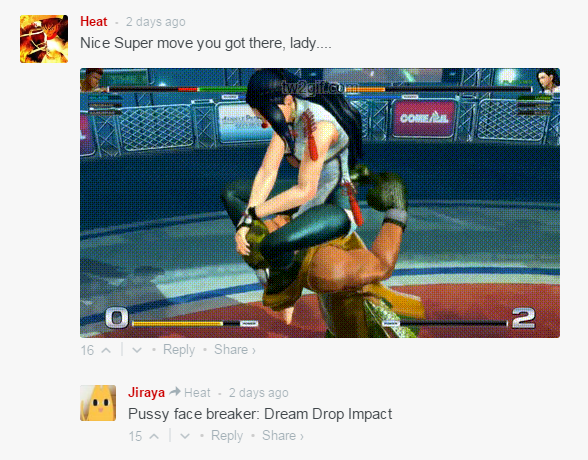 Dreamweaver: This is how I want to die.

From Doom’s multiplayer is being taken over by id, who promises to fix things

Dreamweaver: Huh. Now a psychology joke. I totally get it. 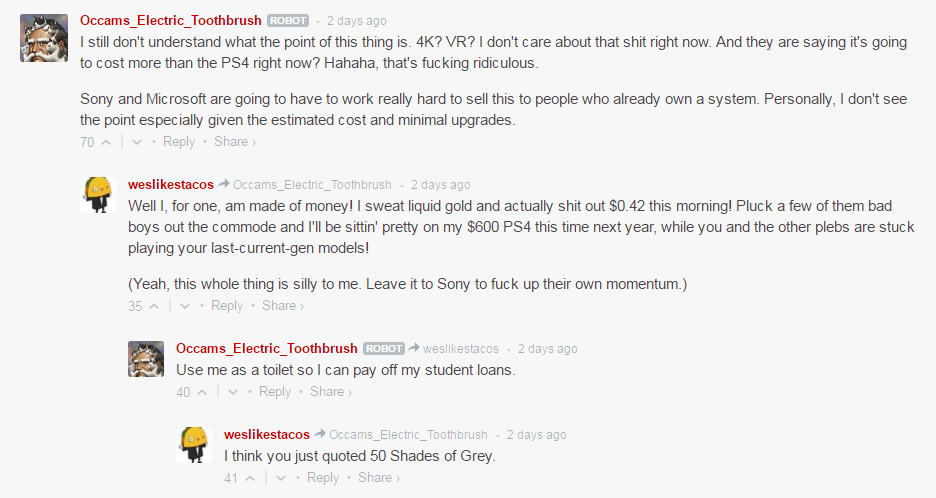 And that’s it for this edition! As always, go ahead and comment down below which ones were your favorite comments, or submit any that you saw that I didn’t! Maybe even leave a fap or two. I got some magazines of naked women to help you with that…