So, I know this submission is a little late.

Trust me, I hate myself more than you hate me.

I decided to be a good housemate and cook a full-blown Sunday Roast dinner for the others living with me. As such, that meant checking the meat was cooked and upon attempting to stick the skewer into the meat, somebody jogged the table, the meat fell, and I accidentally stabbed my hand instead.

Writing this down makes it sound more cartoonish than it already does when stated audibly. That’s the last time I decide to be nice.

But I’m back, better than ever and ready to give you all the best comments of the week. Well… last week. Whatever, you get the point.

The Attack on Titan studio is helping with the new Pokemon movie, which has a slightly different art style 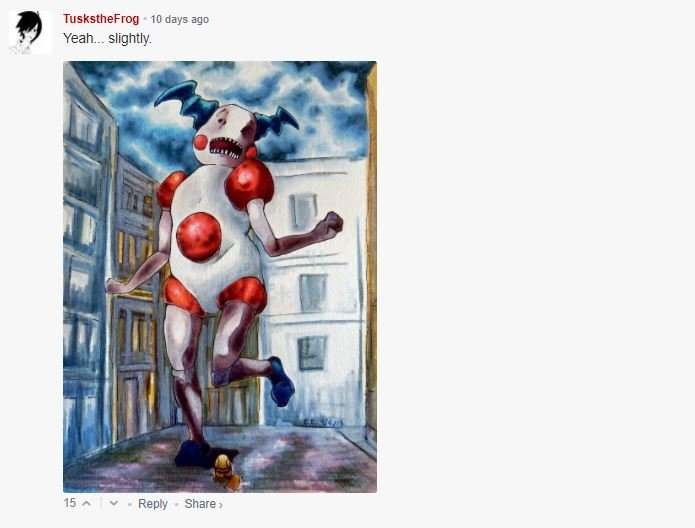 Japan’s Splatfest results will keep you warm this winter

TheLimoMaker: There are too many puns I can make but I’m too classy to stoop that low. 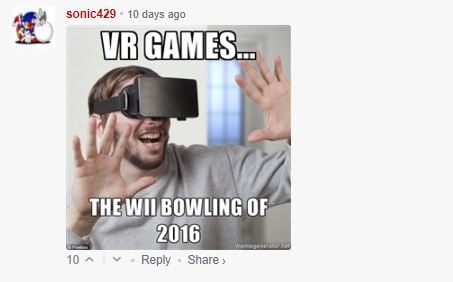 TheLimoMaker: Or the “3D Television” of gaming.

TheLimoMaker: So many tasty Gifs. 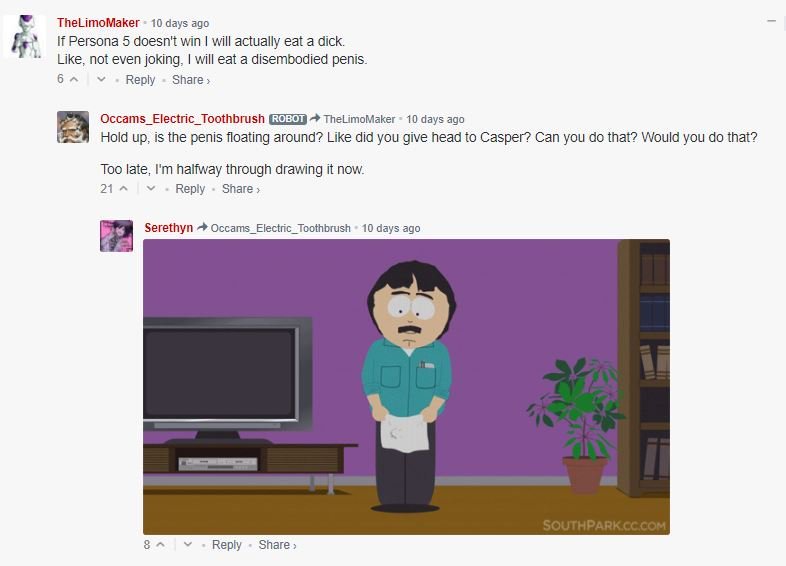 TheLimoMaker: You are evidently looking in the wrong place if you wish for class.

TheLimoMaker: If only there were a cure. I hear playing Troll and I is a good antidote. 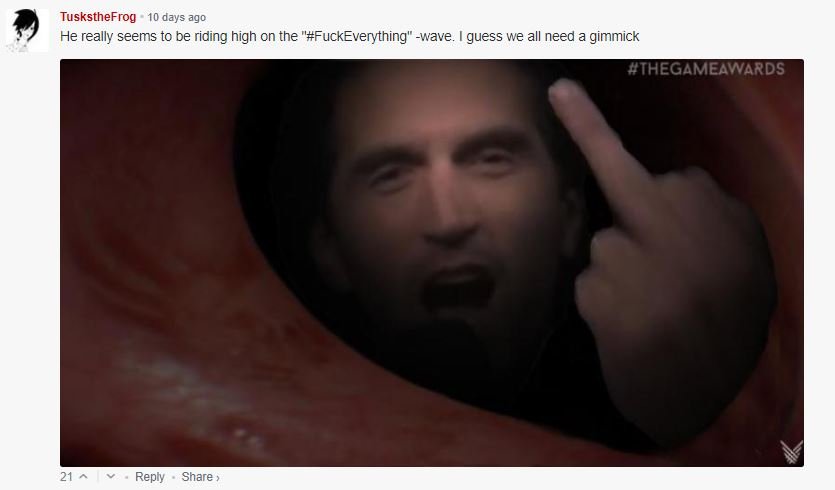 TheLimoMaker: This meme is too strong.

Monster Hunter: World will get new monsters after release

TheLimoMaker: Essentially, where can I buy every copy of this game? 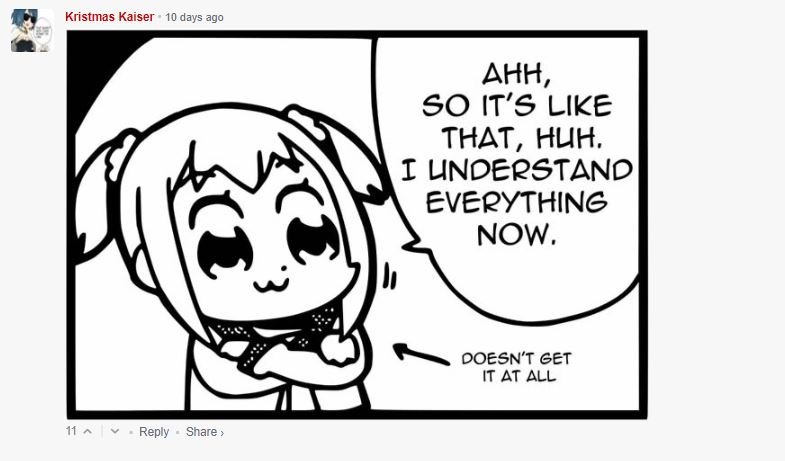 TheLimoMaker: Me during every Metal Gear Solid game. 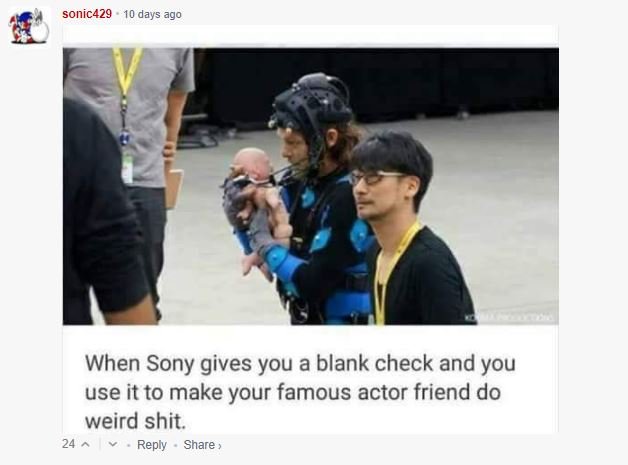 TheLimoMaker: Wouldn’t you do the same?

Nominees for Destructoid’s Best Xbox One Game of 2017

TheLimoMaker: They put out good stuff this year. Sort of. Kind of. Not really, but they’re trying so hard!

I took gamer pills for a month and felt nothing

TheLimoMaker: I really didn’t know whether to feature this for the sheer memetic quality of it.

TheLimoMaker: That is one of the wildest comments I’ve read all year.

TheLimoMaker: I’ve only just started reading One Piece so I will have an actual comment when I’m done with it…see you in 40 years.

TheLimoMaker: I wish Japanese children were named in the same manner as Japanese anime/video games. 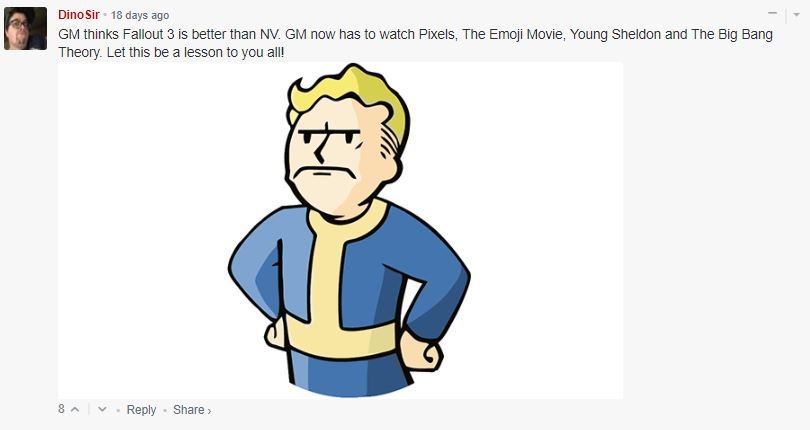 TheLimoMaker: He shall pay for his crimes. 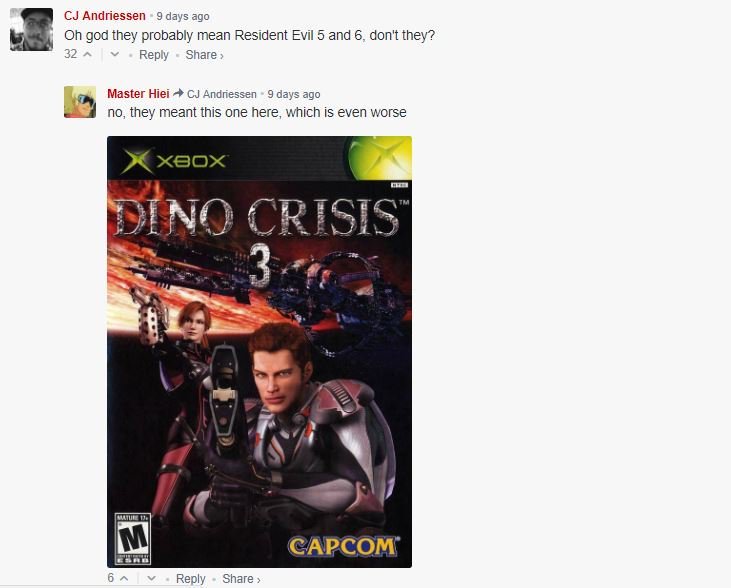 TheLimoMaker: God have mercy on us all.

TheLimoMaker: Can’t blame him Torch, your waifu alone is disappointing. 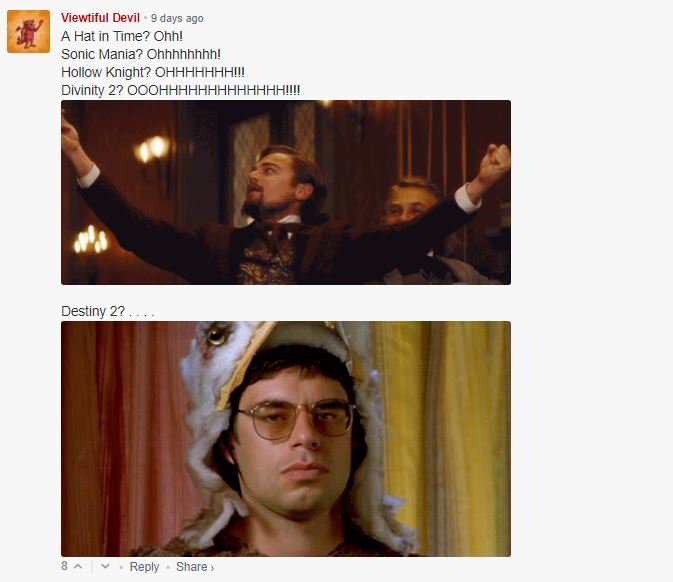 TheLimoMaker: Replace Destiny 2 with Doki Doki and everything would be okie-dokie.

Microsoft launches ‘HypeZone’ stream for PUBG, which only shows players close to winning

Fez is still being ported and now it’s on iOS 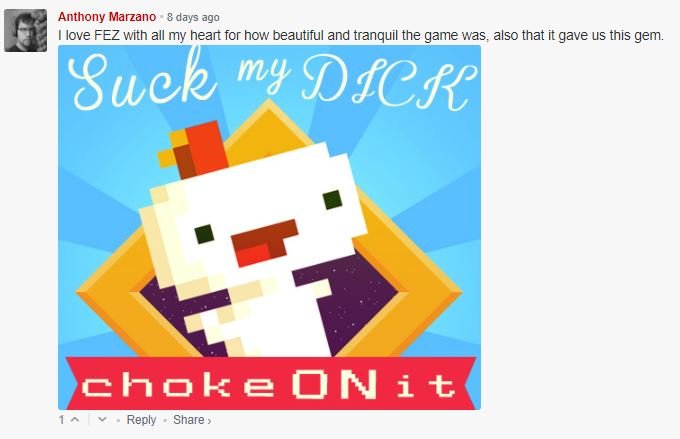 TheLimoMaker: Only if you take me to dinner first.

TheLimoMaker: And just as rancid. 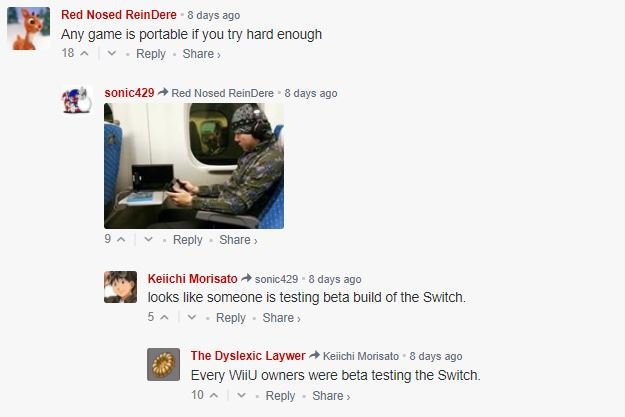 TheLimoMaker: My Wii U is my baby, even if Nintendo hates my baby and took it away from me in the custody settlement.

Your free trial of ‘Destructoid’ has ended, please pay your Internet provider MOAR 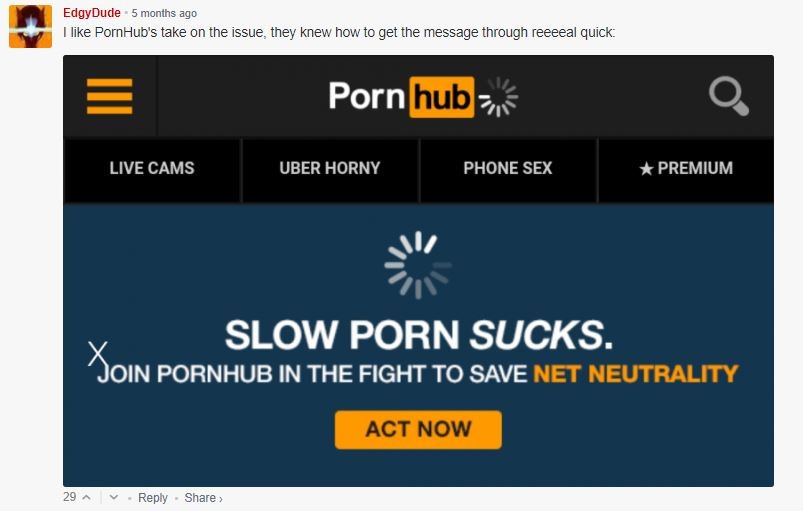 TheLimoMaker: No witticism here. Just agreement and solidarity amongst users. 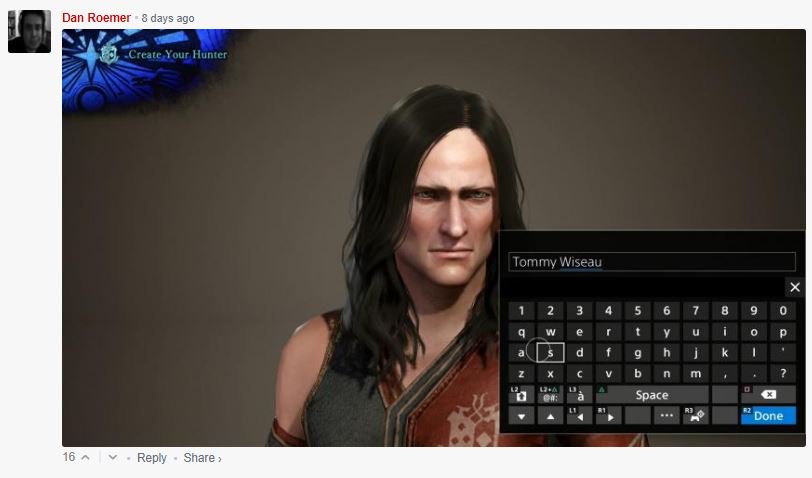 TheLimoMaker: Can someone do a Monster Hunter World walkthrough in character as Tommy Wiseau? I’ll support you on Patreon. 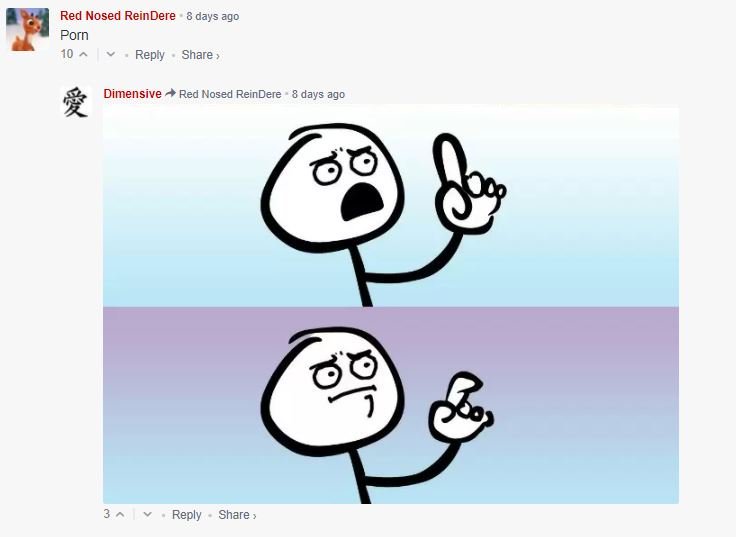 TheLimoMaker: In PornVR, your finger will be the only limp thing around here, buster!

Predator’s here to kill all the Ghost Recon Wildlands players 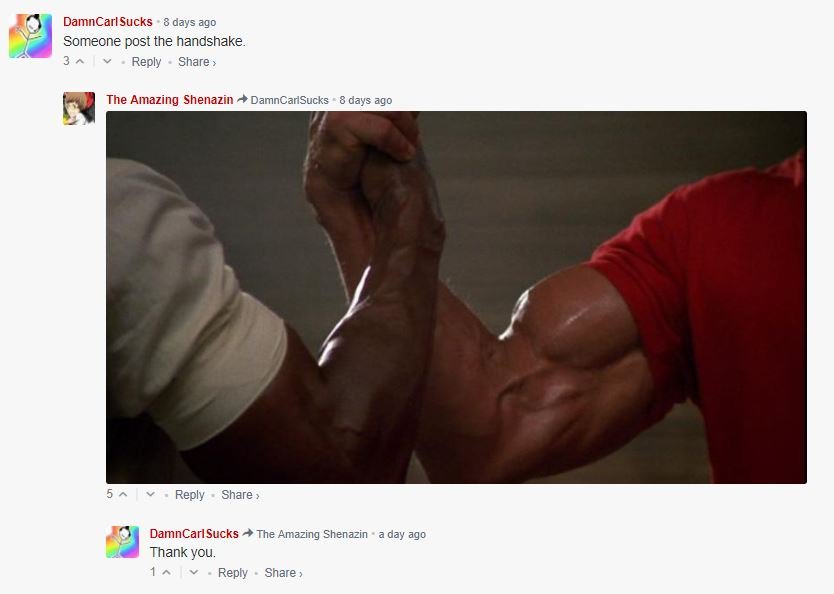 TheLimoMaker: Ask and ye shall receive.

Finding Paradise gets a launch trailer and release date 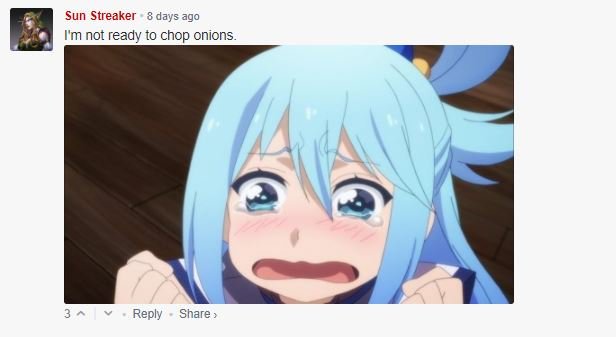 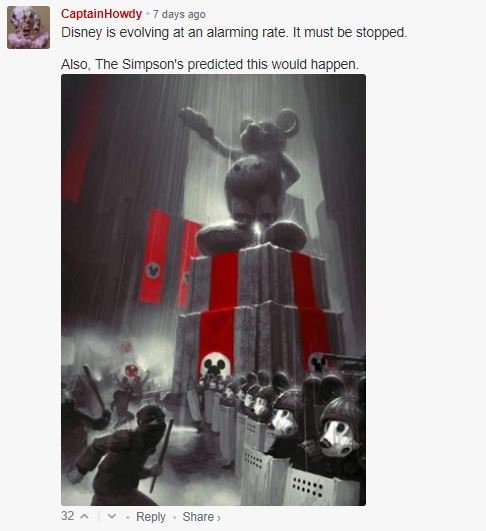 TheLimoMaker: He isn’t wrong. The Simpsons actually did predict it. 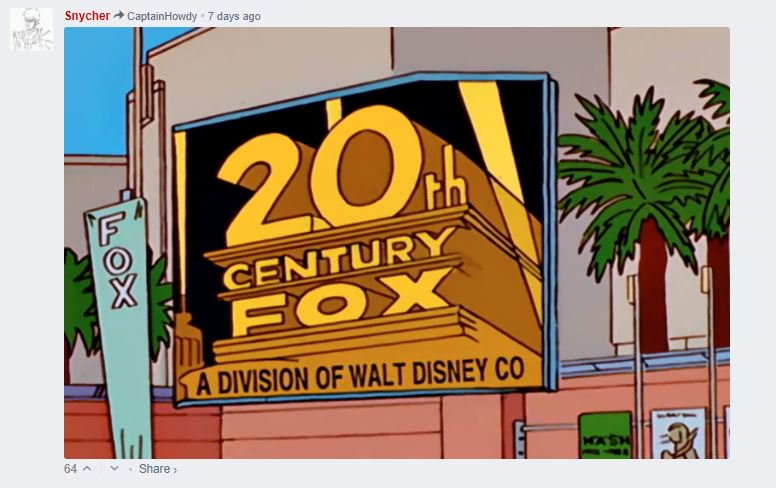 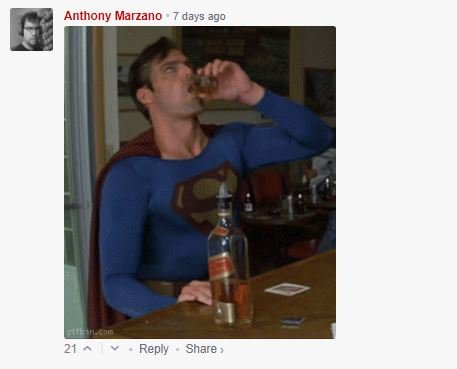 TheLimoMaker: Warner Brothers… I am so sorry.

Nominees for Destructoid’s Best Wii U Game of 2017 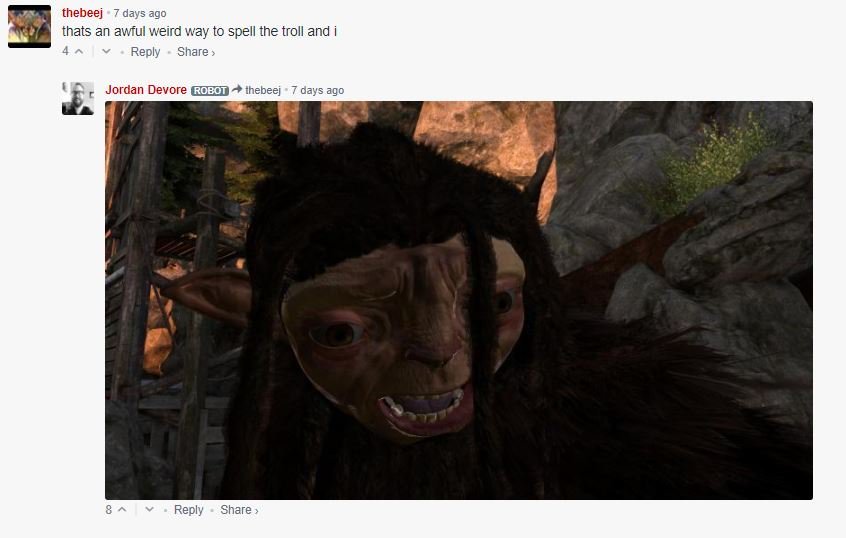 TheLimoMaker: God I hate that game.

Take-Two has a promising new publishing label for indie studios 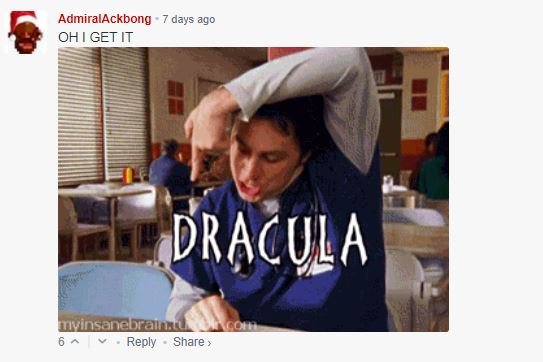 TheLimoMaker: Tasty Scrubs memes. Give them to me.

TheLimoMaker: I couldn’t have summed it up better myself. 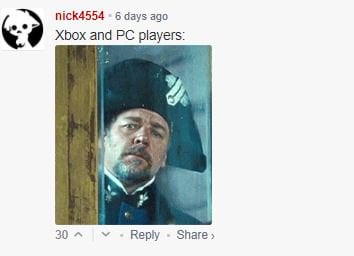 TheLimoMaker: Capcom Execs: “Look down, look down, don’t look them in the eye!” 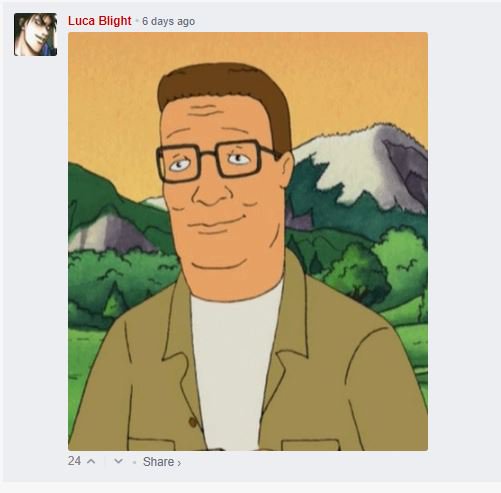 TheLimoMaker: Yes to open (open) betas. None of this online-only bullshit. 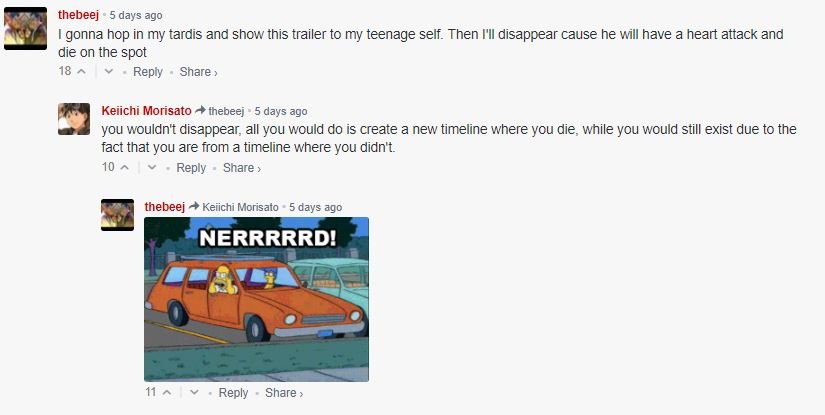 TheLimoMaker: Keiichi is right though.

The Ballad of ASSBUTT; Or, Times We’ve Abused the Option to Name Our Own Characters 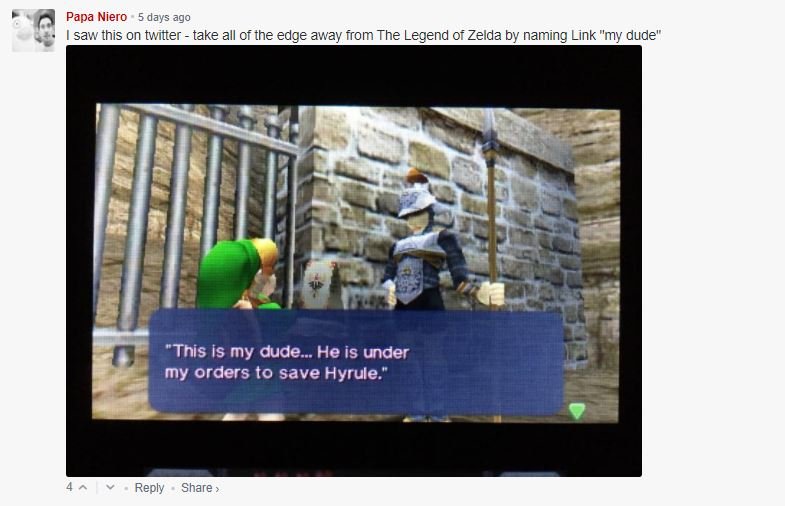 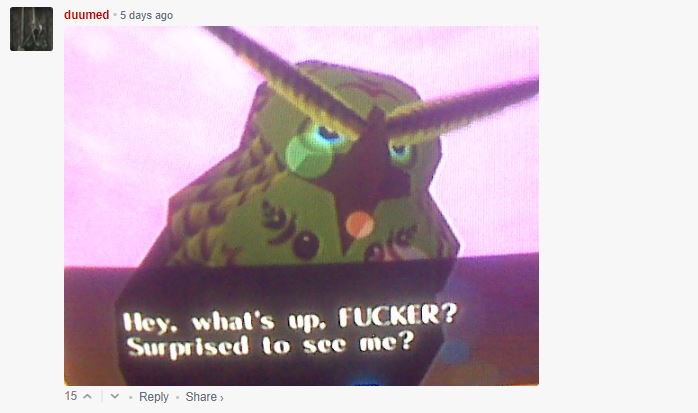 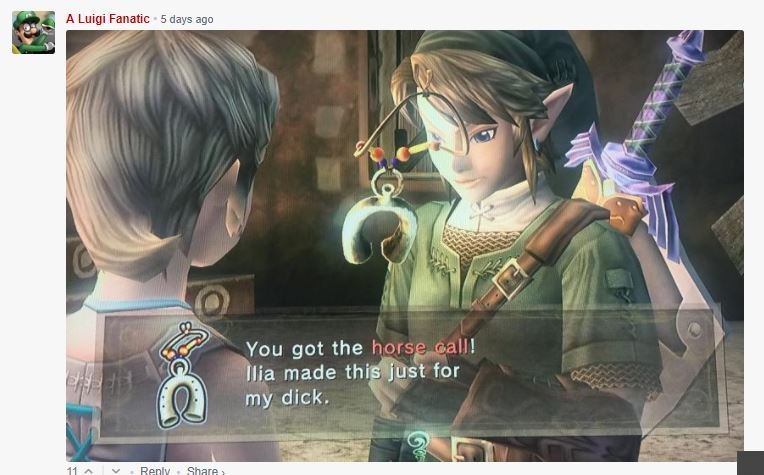 TheLimoMaker: I genuinely have nothing. These are all amazing.

What’s the last game that scared you silly?

TheLimoMaker: You monster. (Says the man who hasn’t played either.)

What is the worst game you’ve ever played?

TheLimoMaker: But…but I grew up with that game.

TheLimoMaker: GIF of the year.

So that was me, hopefully you enjoyed this incredibly long edition of Comments of the Week. Consider it my penance for not getting this out on time. It won’t happen again.

Honestly though, the sheer amount of excellent comments this week was insane and I am consistently amazed at how witty the community is.

Except for GameManiac. He didn’t make a funny comment again this week. Strange.

See ya next time guys. Ciao.