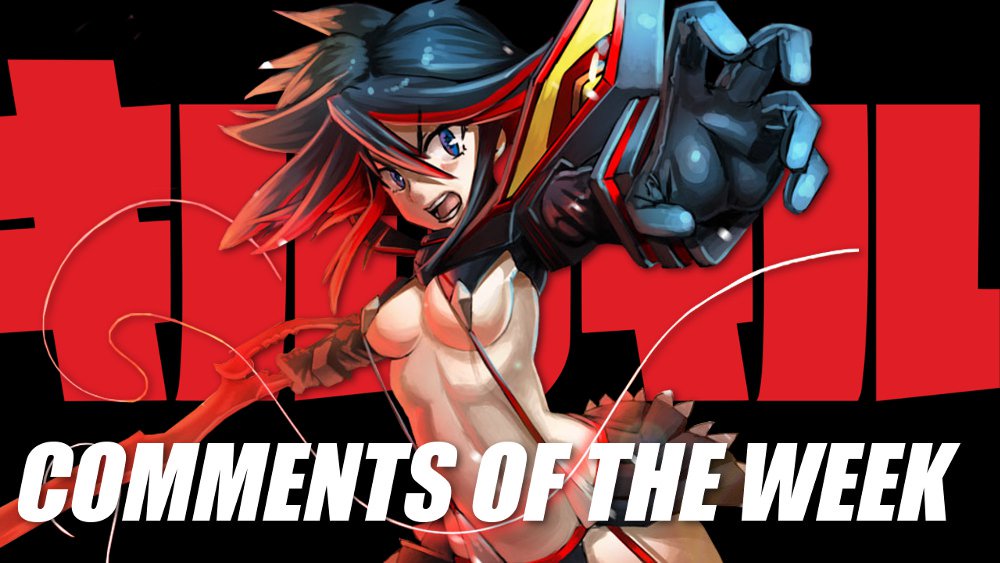 And take our sweet little time about it!

Hello my little spandex suits, it’s me, PlasticTree, once again here to fill in for my fellow hosts whenever they are indisposed. I’m a little late with this entry, so I called upon some help to finish it. Apologies! What a week we’ve had. It’s the kind of week you usually only see after the E3 event, when it’s actually good. I mean fuck the Oscars, right? But fuck, fuck the Oscars!

Bayonetta 3 is a reality, and FromSoft are teasing a new game, possibly something involving blood of some description? 2017 is a year that keeps on giving, a consolation prize for the sour 2016. Comments of the Week is back, good games keep churning out, and somehow The Game Awards were actually interesting. Here’s hoping The Last Jedi is good when I’m watching it on Wednesday. How about we keep celebrating 2017 through your comments last week!

Ubisoft is handing out Assassin’s Creed IV: Black Flag and World in Conflict on PC

FakePlasticTree: You underestimate my power to complain about it!

FakePlasticTree: Game developers have gone on to subscribe to the “because I say so” school of sequel numbering, also known as the Resident Evil method.

FakePlasticTree: Valkyries have cold-resistant skin you see, the kind that feeds on the cold in such a way that it’s necessary to expose a bit of skin.

FakePlasticTree: Getting the entire cast of your production to jump into a sing-a-long will unlock the codes much faster!

FakePlasticTree: Is EA’s Battlefront getting a run for its money?

Sony is discounting PlayStation VR to $200 for the holidays

FakePlasticTree: Holding out until they are freely given on the streets of Amsterdam.

(Update) Nutaku is funding an X-rated version of Road Redemption

How to easily score 100 in volley in Super Mario Odyssey

FakePlasticTree: Video game developers should just design the controls around what most people would be doing anyway. Like platform sections that can only be completed by throwing your controller at the screen.

A Devil May Cry collection is coming to PS4, Xbox One, and PC next year

New From Software game teased at The Game Awards

FakePlasticTree: Bloodborne with ninjas? My body couldn’t possibly be ready for that!

Bayonetta 1 and 2 are heading to Switch!

Death Stranding is even weirder than we thought

FakePlasticTree: It’s like Children of Men as directed by a deaf budgerigar.

FakePlasticTree: When war becomes some serious messed up business.

Let’s watch The Game Awards together

FakePlasticTree: Clearly The Game Awards were being hosted in a world designed by Hideo Kojima, where everyone is speaking a different language than what is actually coming out of their mouths.

We got our hands on the Mario amiibo cereal, here’s what it does

I really hope the new Zelda: Breath of the Wild broadcast gives us a date for the second DLC

FakePlasticTree: While Zelda has never presented itself as a character driven game, it would be nice to finally getting to play as the actual titular character.

FakePlasticTree: Especially true for me who had the pleasure of getting his PS3 bricked with no way of saving my new data, yay! Replaying Nocturne and those damn Kingdom Hearts games all over again!

Let’s watch The Game Awards together

FakePlasticTree: A Torchman joke a day, keeps Mike Sounders away!

FakePlasticTree: An excellent prequel to an excellent visual novel. No better gift given during the season of giving.

FakePlasticTree: It’s like I’m looking into the soul of Destructoid itself!

And that is it for this week! Sorry for the heavy delay, it’s Christmas and it’s the busiest time of year, right? We are almost up on our 30th entry. Hopefully we can keep going until 50 or more! Let’s meet the new year, with more great comments and contributions from the Dtoid community. Next week is hosted by our favorite alien emperor, TheLimoMaker. Look forward to it!